The only safe place for wild animals to hide during a bushfire is underground.

Countless animals were able to take shelter in deep burrows all over Australia, thanks to wombats.

The native marsupials are excellent diggers and unintentionally saved other wild animals in their large, interconnecting burrows. Their burrows can be up to 100 feet long with multiple entrances and sleeping chambers. 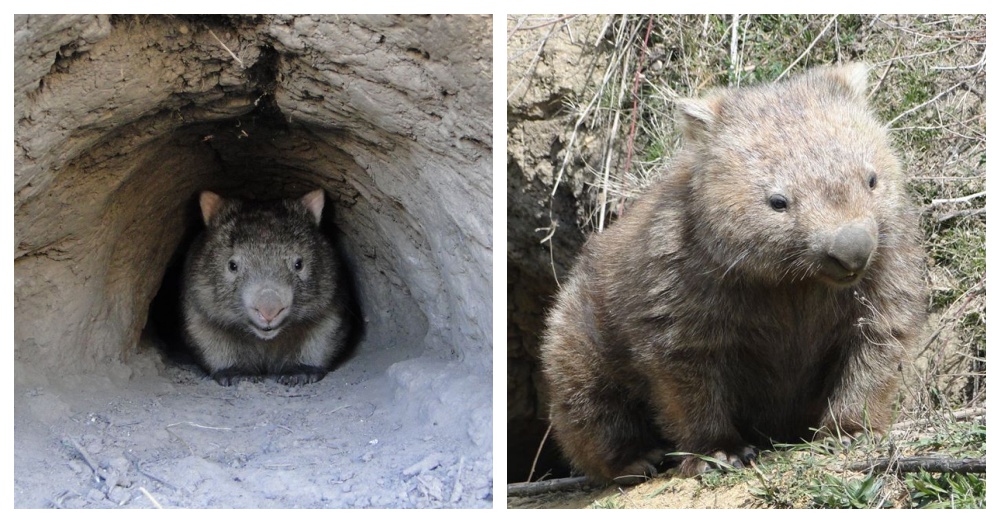 The temperature controlled tunnels were safe havens for multiple species, including wallabies and echidnas. A family even believes their indoor cat took refuge in a vacant burrow for seven days as flames destroyed the area. 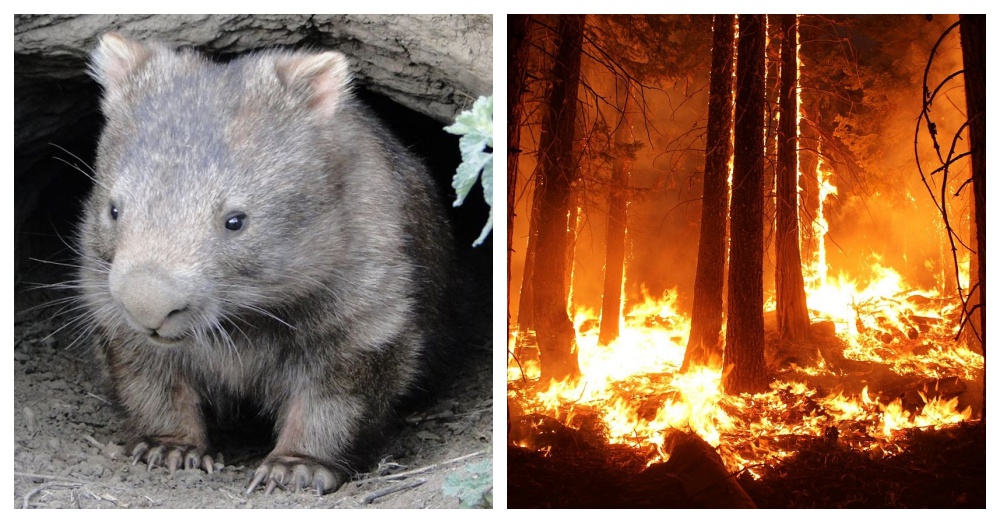 Wombats are solitary animals and prefer to live alone. Thankfully, the burrows have multiple entrances which allows animals to seek temporary refuge when disaster strikes.

Documentary filmmaker Peter Hylands visited the scorched grounds of Cobargo Wildlife Sanctuary and shocked to see wild animals unharmed by the flames. There was only one explanation- wombat burrows. “You’ve got animals that are completely unscathed and those must be the animals that have been under the ground, it’s the only explanation when the fire zones are so extensive,” Mr Hylands said. 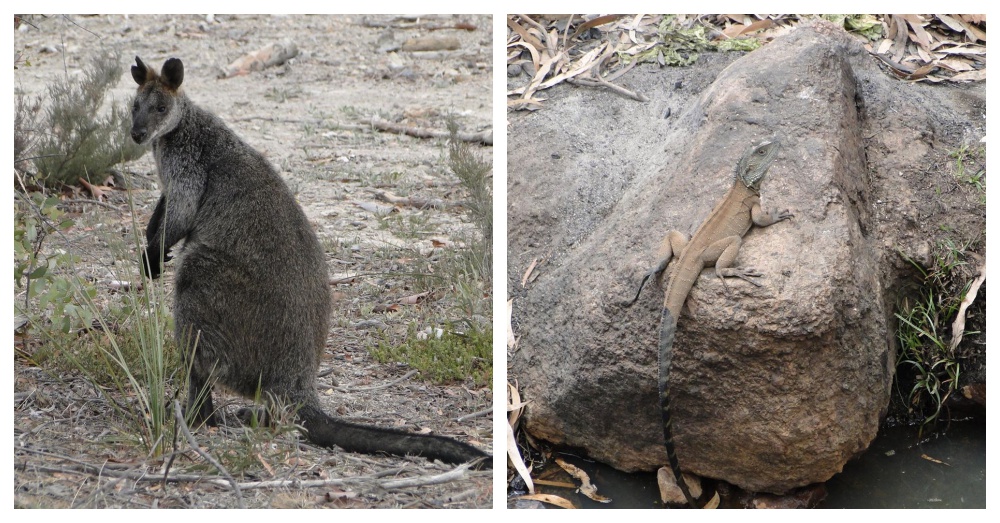 “There are quite a few wombats in that region, and there’s quite an extensive network of burrows. What was particularly amazing is it’s clearly not only wombats who are using those burrows in the firestorm.”

Wombats are being called heroes but it was all unintentional. “Wombats aren’t benevolent. They’re accidental heroes,” stated The Conversation.

Even though many lives were saved thanks to the burrows – the battle is far from over. 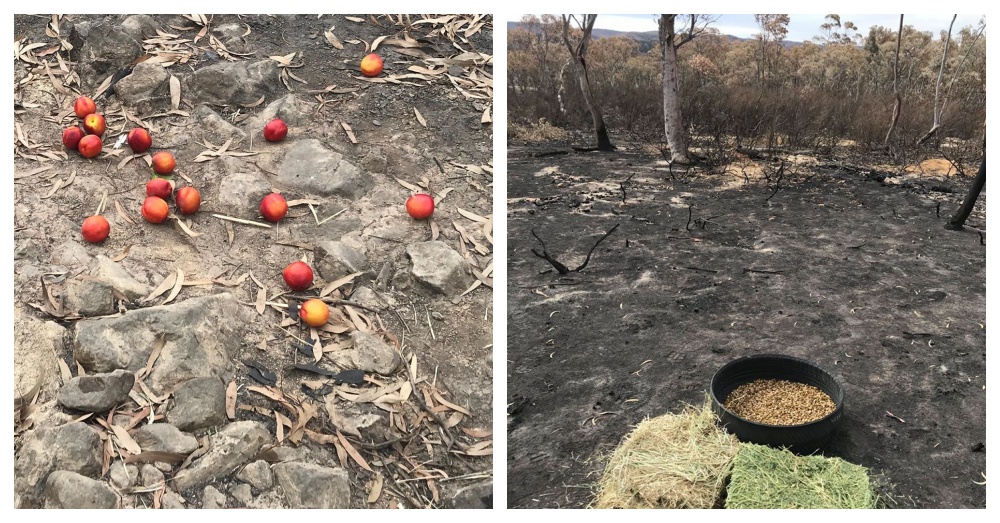 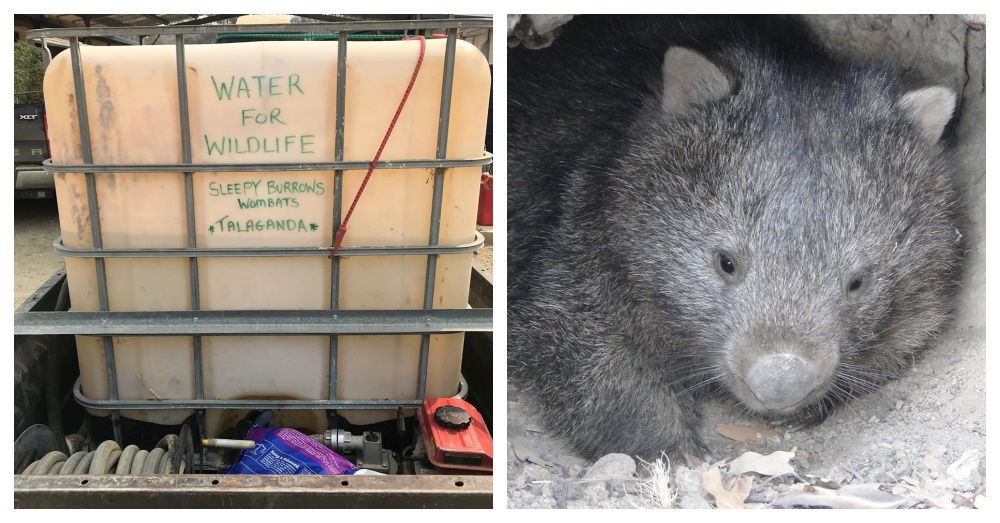 The group plans to continue to fill the food and water stations until the vegetation grows back. A few sprouts have appeared and it is a sign of hope for all the volunteers and rescue workers. “We are seeing the flora very slowly starting to regenerate..little bursts of green leaves everywhere which is just beautiful. Birds are coming back – we have seen rosellas, cockatoos, magpies, a fantail and some lyrebirds so far. A lot of redneck and swamp wallabies are following the food stations and just love the hay,” wrote the sanctuary.

A video posted by Sleepy Burrows Wombat Sanctuary showed a wombat and butterfly together in a burrow. Watch it below and don’t forget to share.

Tons Of Vegetables Are Being Airdropped Across Scorched Australia To Feed Starving Animals: Click “Next” below!