Across the world there are still animals that have never been seen on video. It’s hard to believe with how many new species researchers and scientists are able to uncover with our vast amount of modern technology, but sometimes animals are just so elusive that it’s almost impossible to find them.

One such animal over the past couple of years has been the wild sand cat.

Wild cat biologists Dr. Alexander Sliwa and Gregory Breton, a part of the Sand Cat Sahara Team, have been trying to study this species of cats in the wild since 2013 with the help of collaborating people in both Morocco and the Sahrawi Arab Democratic Republic. 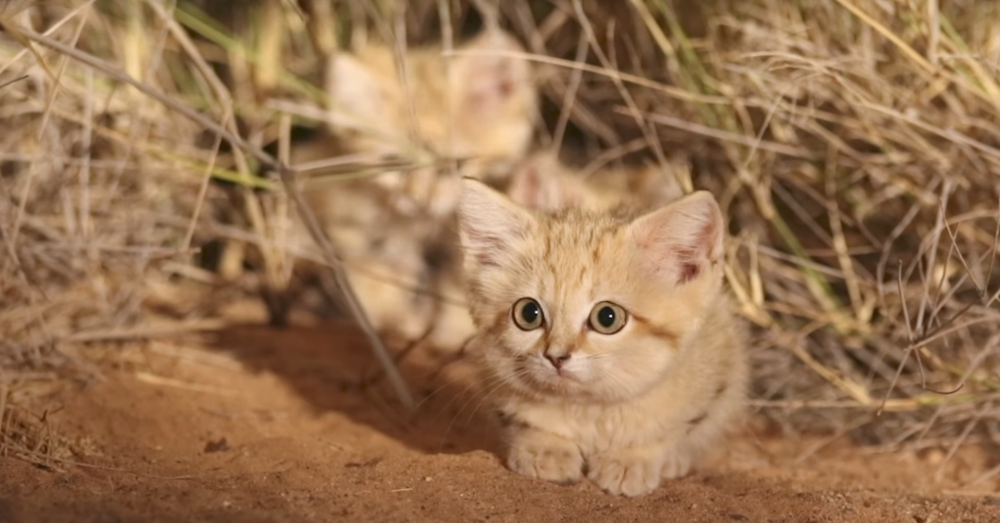 The teams have been following 10 of the cats that currently have radio collars, and finally, on one night at 2 a.m., when they were on their way back to camp, the group spotted three wild sand kittens hiding in the brush.

“I was chatting with our local driver, Elhaj, to keep him awake, while my colleague Alexander Sliwa spent a few more minutes squatting on the roof of our Toyota Land Cruiser shining spot lamps into the bushes, close to giving up,” said Breton on the Panthera blog. 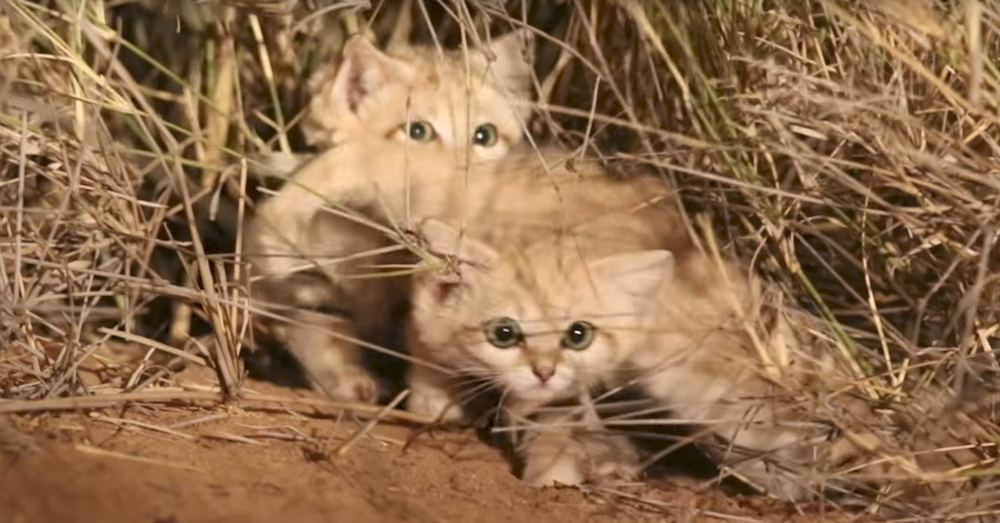 “Then, it happened. Three pairs of eyes gleamed back at Alexander through the darkness about 4 kilometers from our campsite.”

The cats, which make their home in the desert regions of North Africa, the Middle East, and Central Asia, leave no remains of their prey, are extremely quiet, and rarely leave any evidence of their existence. All of these things make it almost impossible to spot them in the wild.

But thanks to this outstanding and dedicated team, the world now has one of the most adorable videos possible. Much like the sand cat, the Andean cat has almost the same irresistible cuteness. The problem is that Andean cat population is rapidly decreasing—with estimates of fewer than 2,800 remaining today.

At only 6 to 8 weeks old, these babies are probably some of the cutest wild kittens anyone has ever seen!

The footage was shot all the way back in April, 2017, but it is still the first-ever video of these incredibly hard to find desert cats when they are still so young.

Check out the incredible video below!