When the second-largest land mammal in the world is charging toward you, the best advice is to get out of the way. This is what a group of tourists in South Africa tried for a full two minutes while a massive white rhinoceros derailed their safari.

According to People, the tourists had been looking for leopards when they came across the rhino, blocking their path.

As the safari bus attempted to pass, the rhino charged.

“At first, I just thought it’s going to be like a short charge and then it would stop,” Rian Boshoff told ABC News. “The road had a lot of turns in it which made it difficult for us to get away.” 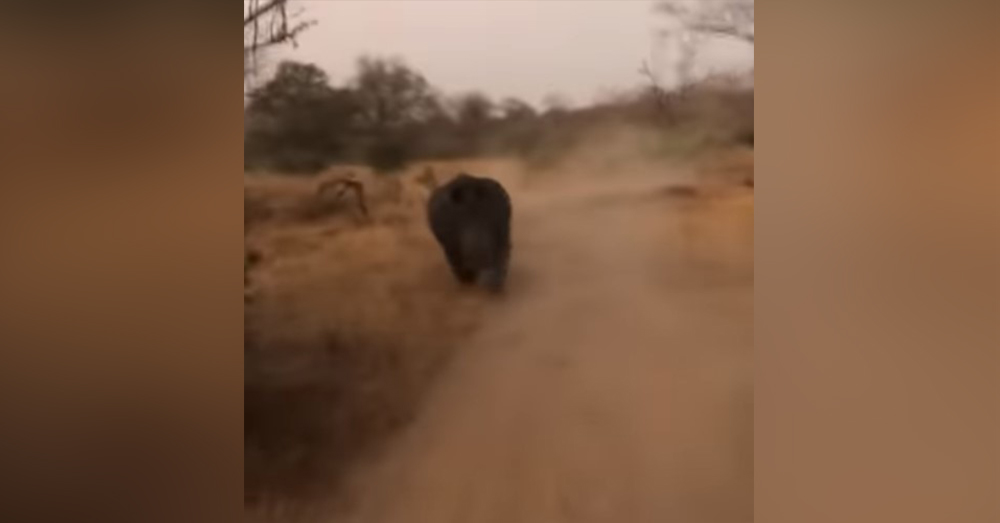 As the World Wildlife Fund reports, white rhinos, the only species not classified as endangered, can be highly territorial, and charge as fast as 30 miles an hour. National Geographic maintains that white rhinos can weigh between 1.6 to 4 tons.

Not the most comforting facts for a bus full of tourists in the rhino’s path, especially once that rhino is close to breaking open the vehicle

“The driver took a 90-degree turn into the bush to try and deter the rhino because they have bad eyesight,” Boshoff said.

Fortunately for the tourists, rhinos are herbivores. Still, the large horns on their head can easily gore and kill a human, even with little effort on the rhino’s part.

This incedent thankfully passed without injury to human or rhino.

“The driver really did a good job to keep us safe,” Boshoff said. 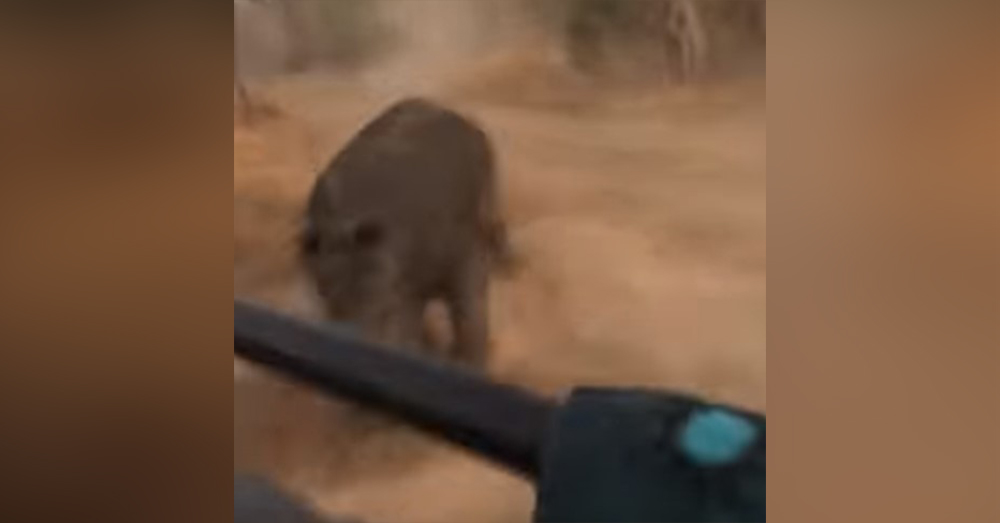 According to ABC, this isn’t the first time that particular rhino has charged at tourists on safari, and may indicate a population boom for the species in South Africa.

Watch a video of the rhino’s charge below.

Here’s How The Amazon Rainforest Fires Are About To Cause Even Greater Problems For Life On Earth: Click “Next” below!