Nature is never short on ways to grab our attention with dangerous plants, new ocean depths, and strange animals. The latest animal oddity comes from the Värmland region of southwest Sweden, where an incredibly rare white moose was found.

A local council member, Hans Nilsson, caught the moose on camera during an excursion in the forest. An avid nature lover, Nilsson spends a good amount of his free time exploring Sweden’s wildlife. He was out specifically to try and find and film the moose, whom he had seen the evening before. 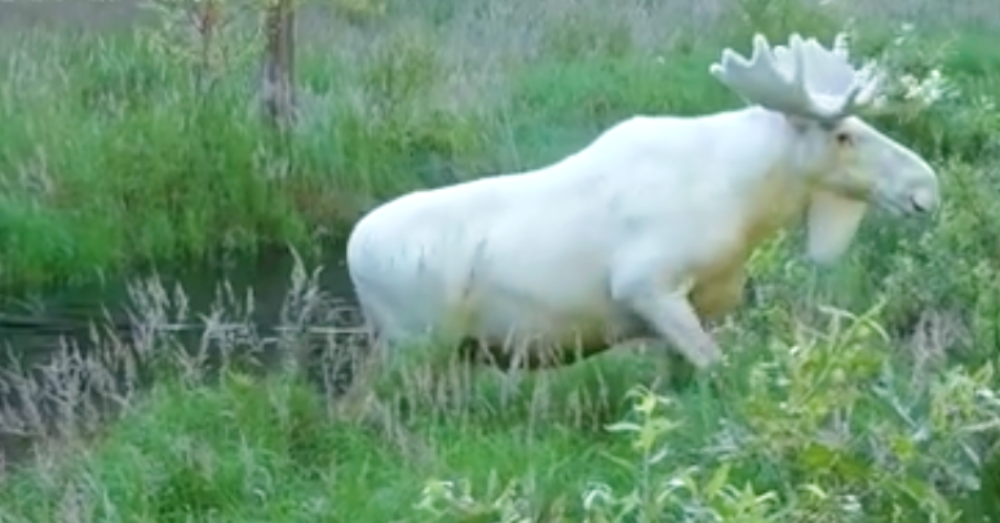 “This white elk bull is local to the area. I saw it the evening before too; that was the first time. On Friday evening when I shot the video, everything fell into place—the location, the light and the calmness,” Nilsson told The Local, a Swedish newspaper.

Spotting a white moose is a rarity. Out of the roughly 400,000 moose in Sweden, only 100 or so are white. Contrary to popular belief, white moose are not albinos; they are a result of a dilution of piebald moose. Sightings, while still incredibly rare, have been growing in recent years, leading scientists to wonder if the population is actually increasing. One theory is that the change is a part of natural selection. Hunters more often than not refuse to shoot white moose, leading to a larger breeding population. Regardless of why, the animals are a reminder of the most arresting and gorgeous power of nature.

Sweden isn’t the only country where you can catch a glimpse. Over the last two years, white moose have been spotted in Alaska and Canada. If you visit anywhere you can see a moose, keep an eye out!