Members of the Veneto regional council found their chambers in deep water shortly after voting against taking action on climate change.

The Grand Canal of Venice is experiencing the worst flooding in half a century. Water began flooding into the Ferro Fini Palace, in which the council meets, while they were discussing the next year’s budget. 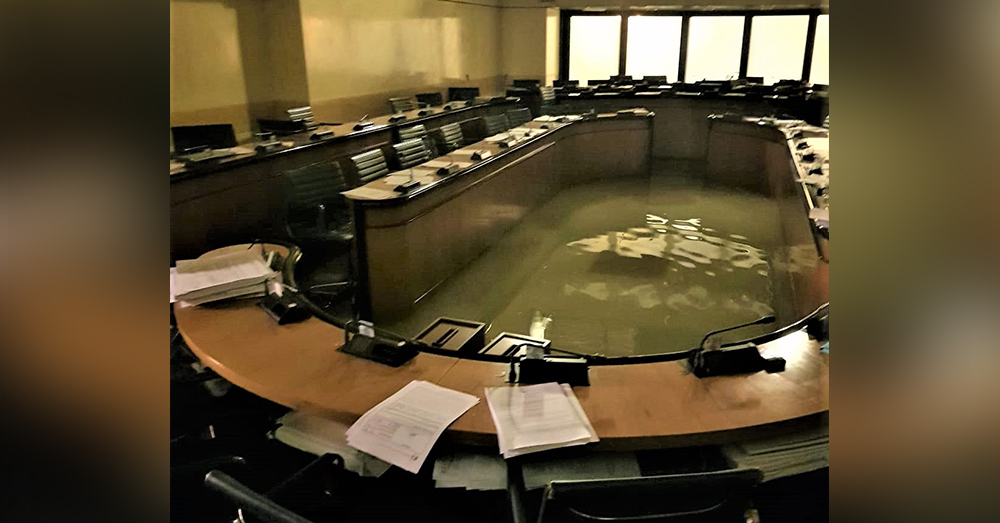 The council had rejected measures to support renewable energy sources, upgrade inefficient diesel fuel buses, and reduce the community’s reliance on single use plastics, the councilor said. He later slammed Veneto regional president Luca Zaia for offering up a plan for 2020 with “no concrete actions to combat climate change.”

“The high tide, which yesterday reached 1 Meter and 87 centimeters, in Venice is due to the many factors [including] that of climate change, with the rise of the water of the seas, due to the dissolution of glaciers due to [global heating],” Zanoni wrote. 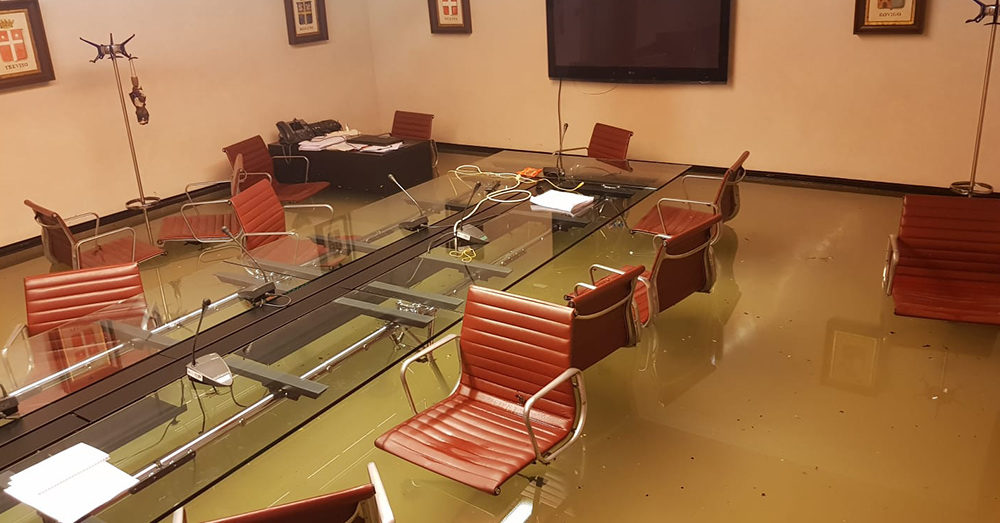 Council president Roberto Ciambetti, of the far-right League Party, told CNN that the council members were forced to stay within the palace as the chambers were flooded.

“Never had such a situation occurred here (at the Council),” he said. “The flood-proof bulkheads were not sufficient to contain the flood wave, nor was it possible to leave the building… It was preferred to guarantee safety and therefore to stay all inside the palace.”

“Beyond propaganda and deceptive reading, we are voting (for) a regional budget that spent €965 million over the past three years in the fight against air pollution, smog, which is a determining factor in climate change,” he said in a statement. 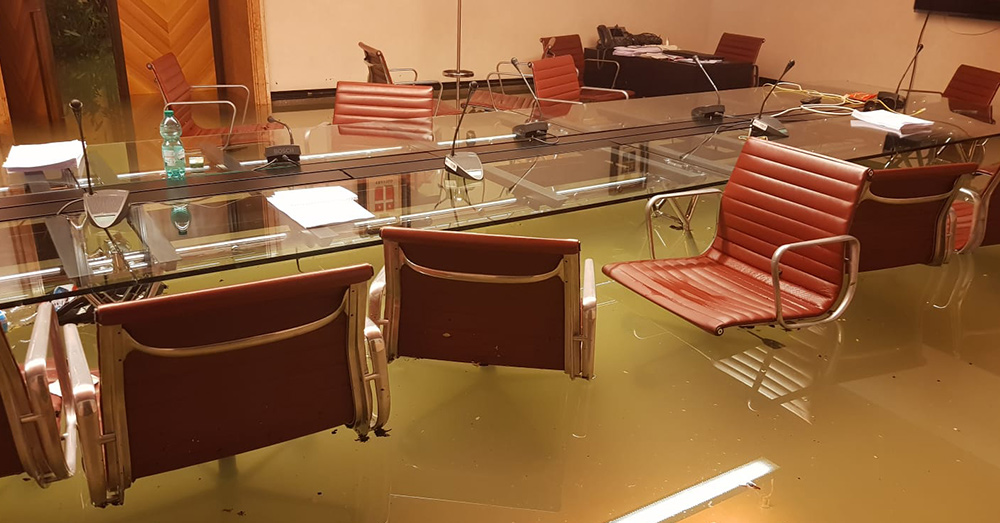 Meanwhile, images of the Ferro Fini Palace chambers under a few feet of water belie that statement with an urgency that the council has seemingly forgone for debate, though Ciambetti claims the region has simply been spread too thin by environmental emergencies.

“To say that we do nothing is a lie,” Ciambetti said. “We are a region that after the 2010 flood launched a plan to safeguard hydrogeological safety for a total cost of €2.6 billion (about $2.88 billion), an exorbitant amount for regional finances.”

In 2018, the council also spent an estimated $518 million to repair the damage caused bay the Vaia storm.

See more on the floods in Italy in the video below.