Rare New Scorpion Discovered Thanks To Your Support

They make their homes in the pine forests of northern Mexico, in the Sierra la Mariquita. They rarely come out, expect when it’s only when cool and rainy.

Vaejovis islaserrano has hundreds of cousins, but stands out in the scorpion family as the only one lacking a subaculear spine.

And the world hasn’t seen it until now. 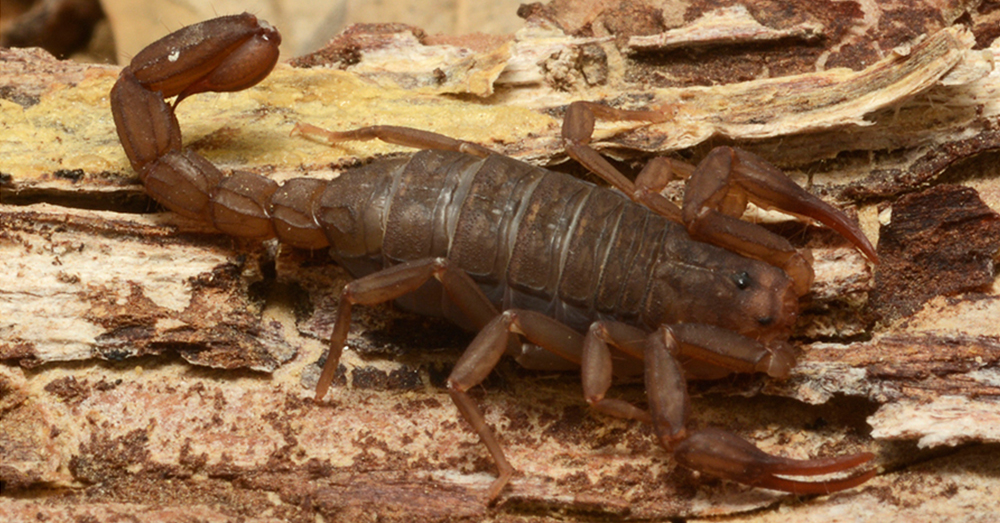 The scoripion was discovered by researchers in the Madrean Discovery Expedition, a signature program of The Rainforest Site’s nonprofit sister company, GreaterGood.Org, on two separate Madrean Archipelago Biodiversity Assessments. It was named Vaejovis islaserrano, after the regional Isla Serrano, Spanish for “Sky Islands,” is now a distinctly recognized species. 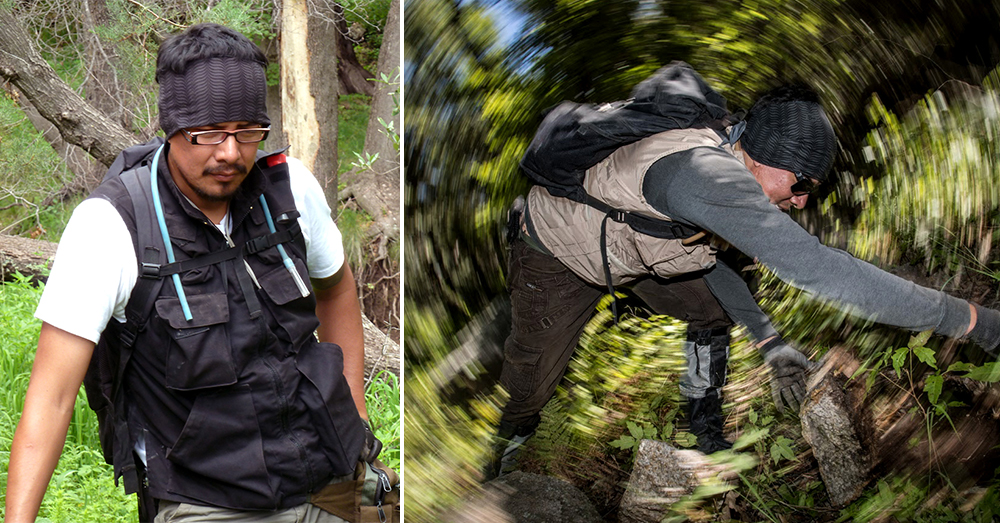 Source: GreaterGood.Org
Diego A. Barrales-Alcalá, one of the researchers on the MDE.

According to the team of researchers, including Diego A. Barrales-Alcalá, Oscar F. Francke, Tom R. Van Devender, and Gerardo A. Contreras-Félix, the small, reddish brown scorpion is a unique discovery, and a testament to the speciation of the Sky Islands. 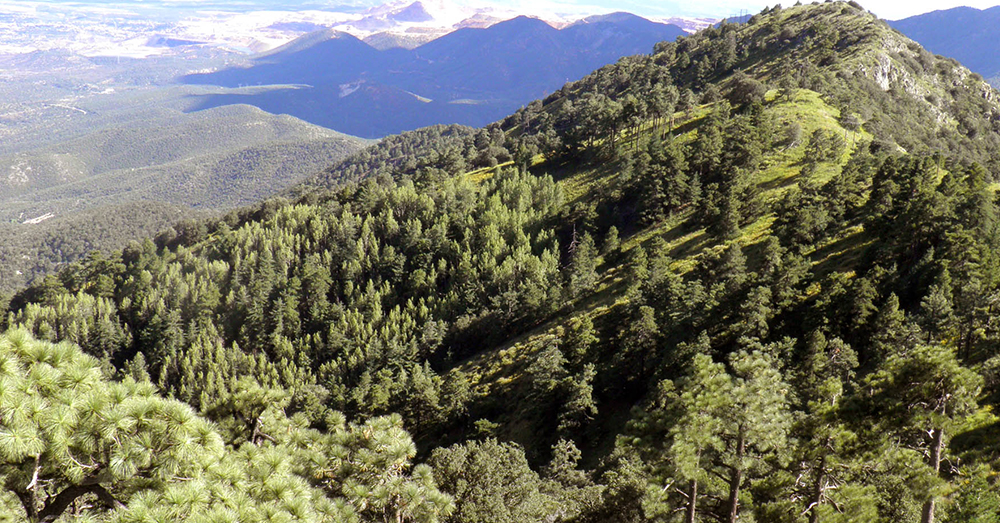 The Sky Islands encompass an extremely biodiverse region of the Southwestern United States and Mexico. Dotted with mountain ranges covered in oak and pine forests, isolated from each other by desert scrub and sparse grassland, the plants and animals of each mountainous outcropping are often endemic to each micro-biome.

Like the birds of Darwin’s Galapagos expedition, the scorpions of the Sky Islands differ from location to location, each having spent eons evolving to their own specific environment.

And more scorpions may be found soon. 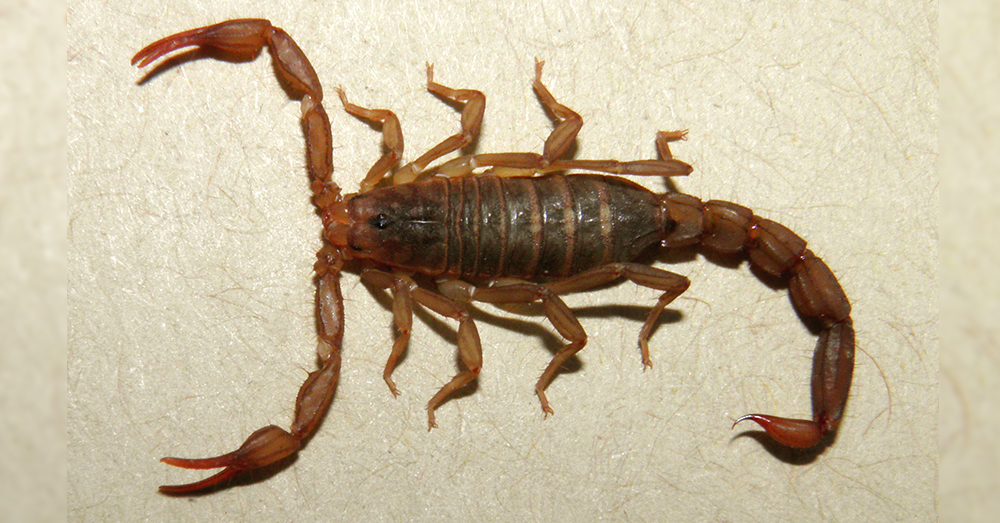 Source: GreaterGood.Org
A top view of the scorpion.

Since 2012, “seven new species in the genus Vaejovis within the ‘vorhiesi’ complex have been described from the Sky Island mountain ranges in the southwestern United States and northwestern Mexico,” the researchers wrote. “The Vaejovis species distributed in the area are the exception, reflecting an important evolutionary radiation on Sky Island mountain tops…each isolated mountain range could harbour an endemic scorpion of the “vorhiesi” species group.

“If this is true, several species still await discovery and description from the Madrean Archipelago.” 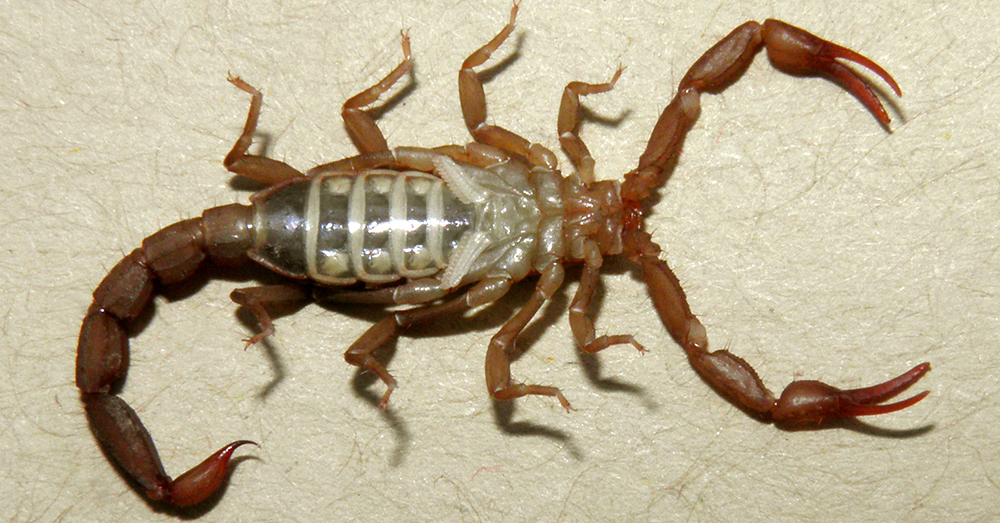 There are at least 2,300 known species of scorpions on earth, many of them in North America belonging to the family Vaejovidae.

Now, we know one more, and all thanks to your help. All donations made through The Rainforest Site are distributed to other nonprofit partners or used to support GGO signature programs like MDE, whose continued efforts will undoubtedly result in even more incredible discoveries like this.