UFO sightings have been part of urban legend across the entire world for decades. People have claimed to see flying lights moving in impossible ways, while even high-ranking Pentagon officials have said “that we may not be alone.”

Whether or not a “40-foot-long Tic Tac” like object was something extraterrestrial, there are definitely some things that happen on Earth that are often unexplainable when they are first seen by human eyes.

But other times, there are rare natural phenomena that happen across the globe, which cause people to wonder what it is they are really looking at in the sky above them.

This time, a strange, ring-shaped cloud was seen hovering above a village in Shangrao of the Jiangxi Province in China. 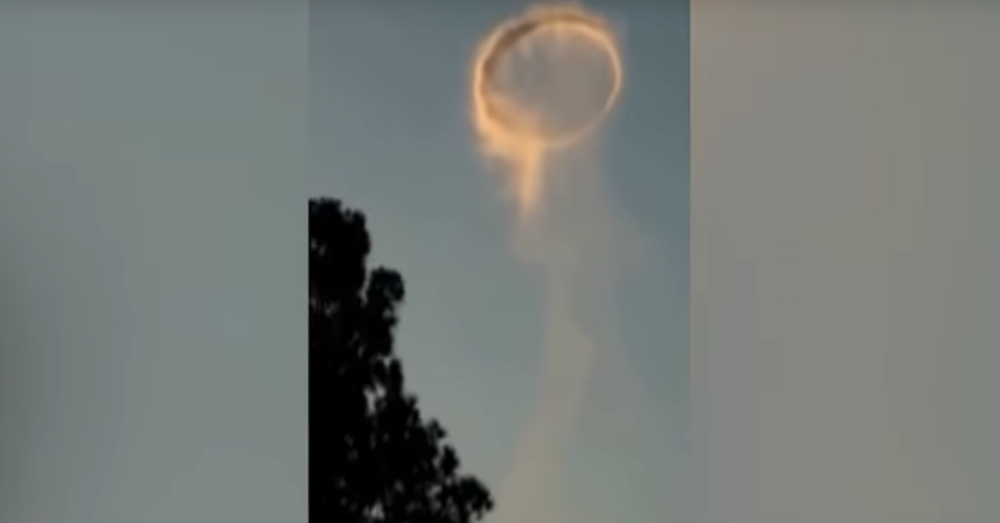 Residents of the village that managed to see the occurrence were able to get the sight on film before it dissipated after about 10 minutes.

The ring took on an almost fiery appearance in the sky, glowing a bright red and orange color, causing people to believe it was something not of this world; and this time isn’t the first sighting.

A couple spotted a similar ring in Yorkshire, England in the summer of 2017, another was spotted hovering over Disneyland in California, and in 2015, footage showed a 320 feet-wide ring of smoke over Kazakhstan. But despite the popular extraterrestrial explanation, these sightings are most likely man-made. 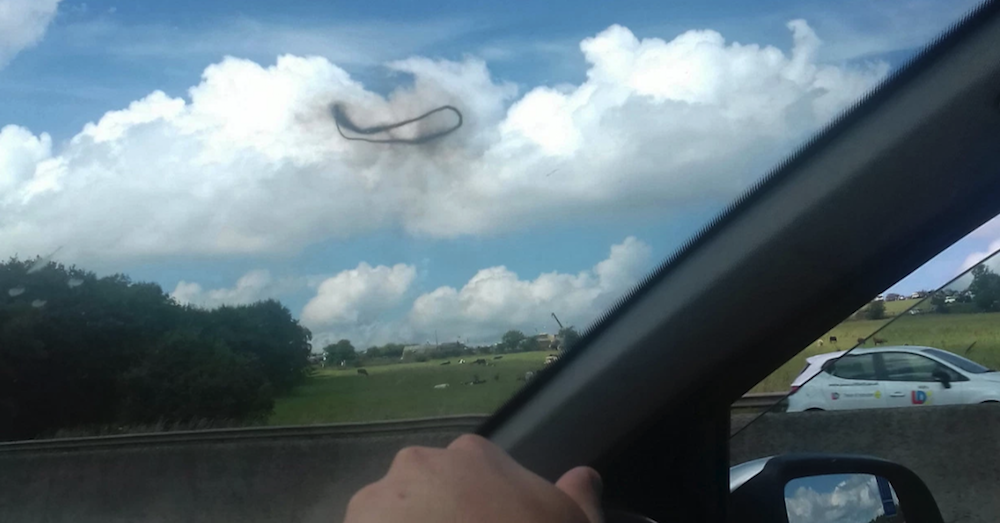 These occurrences have been dubbed as “smoke vortexes” and can be caused on purpose or by complete accident.

“A so-called smoke vortex can arise when you have a blast through a circular structure like a smokestack,” said former MoD UFO investigator Nick Pope.

Black smoke rings that look almost identical to the one spotted in China were created by a contraption designed specifically to create rings in the sky at the Burning Man festival in the Nevada Desert, and the presence of an unidentified object over inner Mongolia in July of 2010 was explained away as a military test.

So if you happen to see a similar-looking ring-shaped cloud anytime in the near future, it was more than likely created by something man-made nearby.

To see the footage of the cloud in China, check out the video below!