First there were sharks spinning around in tornadoes — and now two-headed sharks are being found?

One was a made-for-TV movie while the other is actually happening far more often than scientists can currently explain. Numerous shark fetuses have been found with two heads, and it’s still up in the air as to why.

Within just the past few years, a fisherman came across a pregnant bull shark that contained a two-headed pup inside her uterus. And in 2008, a two-headed blue shark embryo was found in the ocean.

As recently as last year there was a two-headed sawtail catshark embryo discovered by a Spanish research team.

In addition, a study found a number of conjoined twins inside pregnant blue sharks. And since blue sharks can have as many as 50 pups at a time, it becomes even more likely for mutations to occur. 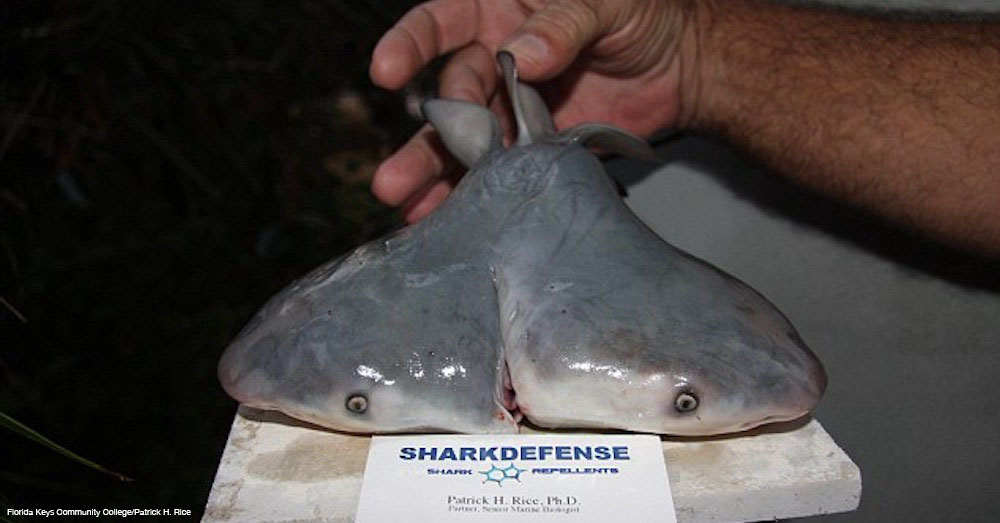 For these wild sharks, the reasons for the two-headed mutations are still highly variable. It could be due to viral infections, metabolic disorders, or pollution. It could also be due to inbreeding, as overfishing and a lack of new partners can create genetic abnormalities.

Since these sharks are still quite rare to find, studying them is incredibly difficult. This makes it tricky to figure out how and why they are born this way.

“I would like to study these things, but it’s not like you throw out a net and you catch two-headed sharks every so often,” said marine scientist Nicolas Ehemann. “It’s random.”

To learn more about these sharks, their deformities, and why it may be happening, check out the video below!