When You See What This Turtle Has Stuck In Its Nose, You’ll Gasp

On December 6th, the Las Baulas research team was spread out over Ostional Beach in Costa Rica observing a mass nesting of olive ridley sea turtles. What they they didn’t realize is that they were about to save one that was terribly uncomfortable.

When they heard that one of the turtles had something stuck in its nose, the team took their equipment over to the poor creature. This video shows the dramatic removal of the plastic object, and when you see how long it is, it’ll make your stomach turn.After the removal of the fork, the turtle trundled back to the ocean and swam away, seemingly healthy. The team surmised that the turtle accidentally ingested the fork and then tried to throw it back up — at which point it got lodged in its nose.

The plastic fork after it was removed from the sea turtle’s nose.Photo Credit: Nathan Robinson

Sadly, this is not an isolated event, as more and more pollution is winding up in our oceans and compromising our wildlife. In the summer of 2015, another turtle off the coast of Costa Rica was found struggling with a straw that was wedged in its nose. Learn more about that story here. C. Kramer is back in the Mitten State after a brief residency in the Sunshine State. She has an adorable dog-child, and enjoys reading, writing, going to the theatre, and finding pins on Pinterest.
Whizzco 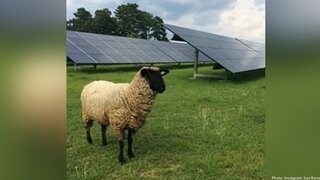