Science is truly an amazing thing. And we don’t realize just how much scientific advances can go to help the natural world around us. But recently, a team of specialists in Brazil has helped out a tortoise by creating her the world’s first-ever prosthetic 3D-printed shell!

The tortoise, who’s name is Freddy, lost her shell in a forest fire. She was lucky enough to survive but suffered severe burns which caused major damage to 85% of her shell. The brave little tortoise survived 45 days without food, as well as fought off two cases of pneumonia. Thanks to the scientists, this tough cookie is being given a second chance at life.

Freddy was found by Rodrigo Rabello, who named her after the iconic and fire-damaged Freddy Krueger, who is a character in Nightmare on Elm Street. Rabello is part of the volunteer group in Sao Paulo, Brazil, who calls themselves the “Animal Avengers,” and specializes in 3D reconstruction. The team is made up of four veterinarians, one dental surgeon, and a 3D printing designer. In the past, the group has put their services to use reconstructing beaks for toucans, parrots, as well as a goose. 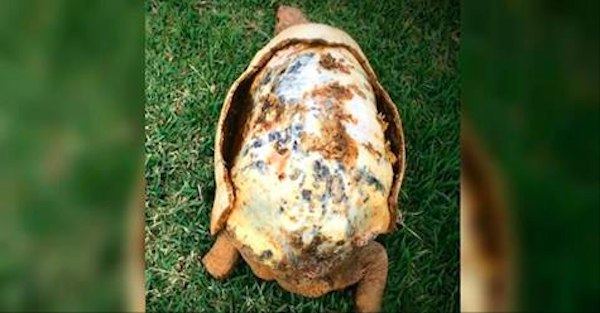 When Freddy came to them, the volunteers were eager to design the tortoise a 3D shell. That is when they started the journey of constructing the first-ever 3D-printed shell for Freddy. The used image data from healthy tortoise shells, as well as their own personal experiences.

To start, they constructed the shell using corn-based plastic material. As the shell consists of four individual parts, the shell then had to be assembled during surgery last summer, in order to create the full protective shell. Thankfully, everything went well and the surgery was a success. Freddy not only made veterinary and scientific history, but she also gained back full mobility and protection. 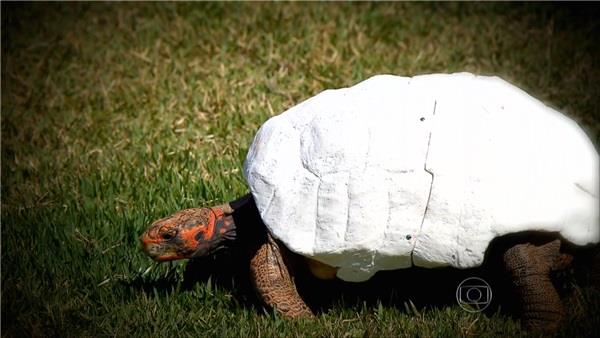 However, the team realized that there was one slight problem. Little Freddy’s shell didn’t look authentic at all.

It was a simple fix, and they brought in the help of Brazilian artist Yuri Caldera. Yuri effortlessly painted over Freddy’s new, 3D-constructed shell with stunning detail in order to give Freddy that real tortoiseshell look. 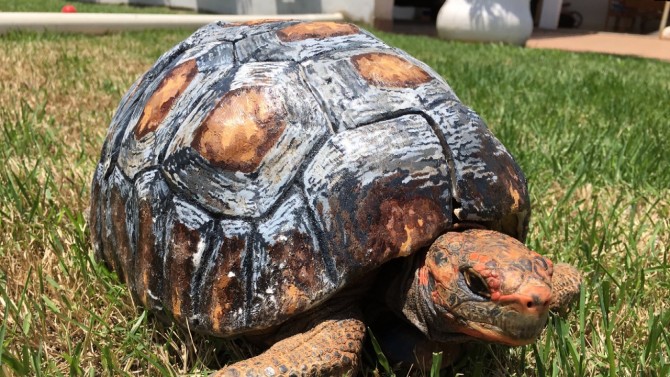 Once it was done, Freddy’s hand-painted shell looked fantastic! And as reported by 9News, Freddy is now living under the care of Rabello.

We couldn’t be happier to see this intrepid little survivor living her best life with her brand new custom shell.

Watch this precious girl sport her new shell in the video below: