The small Arkansas hamlet of Yellville is holding on to a fowl tradition.

For the past 71 years, live turkeys have been dropped from an airplane, 500 feet above the town square as its annual Turkey Trot Festival gets underway. Four to five drops are made on both days of the festival, with one to three turkeys tossed out of the plane each pass. In this year’s event, turkeys were dropped over the town on Oct. 7 and 8. One bird died in each toss, which preceded a scramble of festival visitors trying to claim the shaken and scared turkeys as their own. While Yellville authorities say their hands are clean in the matter, animal rights organizations and compassionate activists are calling for the immediate end to the horrific event.

Yellville and the turkey drop have been the subject of protest for over 30 years now, ever since national news media first covered the event in the ’70s. The town stopped officially endorsing the event in 1990, according to Roadside America, and for over 15 years the registered pilot has been Dana Woods, of nearby Mountain View. The turkey drop was skipped from 2012 to 2014, not out of concern for the turkeys, but because of weather and pressure from protesters.

Defenders of the drop claim the turkeys should be able to fly before hitting the ground.

But others, including poultry science professor Yvonne Vizzier Thaxton, beg to differ.

“Placing turkeys in an environment that is new to them is stressful,” Thaxton told blogger Max Brantley at Arkansas Times. “In the case of an airplane, the noise would also be a stress-producing fear reaction. Dropping one from 500 feet is a horrific act of abuse.”

The National Wild Turkey Federation holds that wild turkeys can fly in excess of 55 miles per hour, and may fly often to roost or escape predators. There’s no typical need to survive a 500-foot drop in the life of a wild turkey, however.

#VIDEO: Four turkeys thrown out of airplane during #TurkeyTrot in #Yellville, Arkansas. Town has mixed reviews about the tradition. #ARnews pic.twitter.com/WdT2obF6LZ

According to Lynn Lunsford, a spokesman for the FAA in Fort Worth, as quoted on Arkansas Online, there is no law against throwing things out of a plane, so long as there is no risk of injuring people or property on the ground. And while Lunsford said the FAA heard at least seven complaints about the turkey drop that day, his office still refers all animal cruelty cases to other appropriate channels.

“We don’t endorse the practice of heaving unsuspecting turkeys out of aircraft for entertainment purposes, but our regulations don’t specifically exclude live animals as ‘objects,'” Lunsford said. 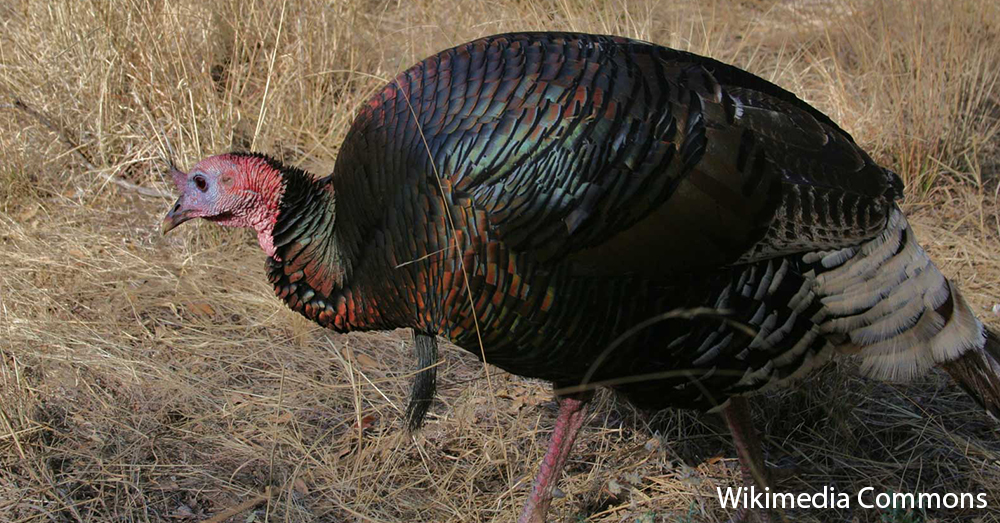 Elsewhere in the Turkey Trot Festival, along those objectifying lines, is the annual Miss Drumsticks beauty contest, where women’s upper bodies and faces are hidden as spectators judge their legs.

The future of Yellville’s turkey drop is yet to be determined, but you can lend a voice to help. Follow the button below to our next page, where you can sign a petition and tell the Governor of Arkansas, the Arkansas Attorney General, and the Arkansas Aviation and Aerospace Commission to work together to spearhead the prosecution of any person involved in the abuse of turkeys in Yellville, and enact legislation which prevents this from occurring again in the future.