Trees provide the oxygen we need to survive, but are also the key to fighting climate change and preserving wildlife. However, every year people chop down 15 billion trees and natural disasters take thousands more. People are realizing that we need to act now to save the planet.

Flash Forest, a Canadian startup company, is using aerial drones for a whole new purpose – to plant trees. The reforestation company has set an ambitious goal of planting 1 billion trees worldwide by 2028 using their custom seedling pods and drone technology. 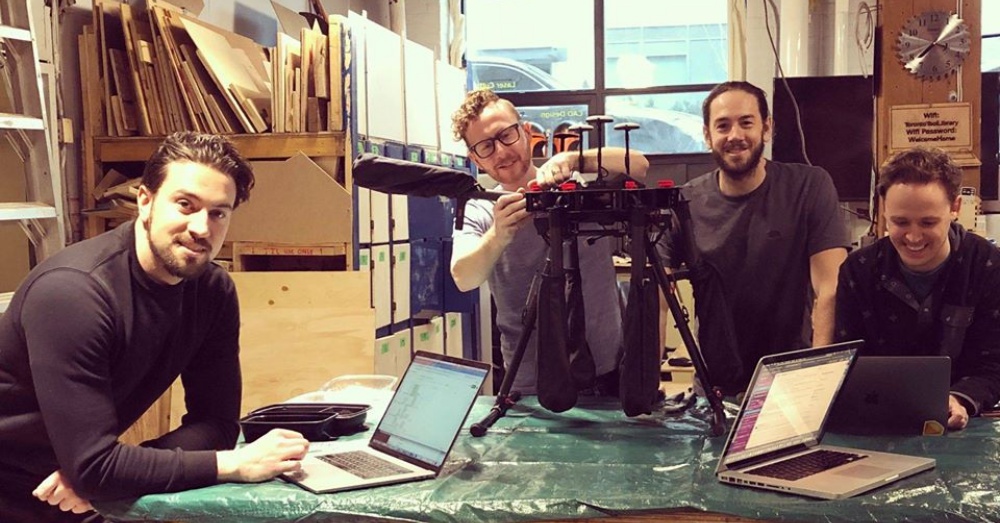 The team, consisting of engineers and others with backgrounds in science, modified drones to perform three important tasks that will help restore trees around the world. All of the drones will use an “assortment of advanced unmanned aerial vehicle (UAV) technology.”

The first drone is a mapping drone which helps find the appropriate areas to plant and then returns to check on the seedlings. The second drone type is designed to fire “rapidly germinating tree seeds” the appropriate depth into the soil. The third type is a spraying drone that supplies essential nutrients to the seedlings for the first few years.

After seeing promising results with their process, the team started a campaign on Kickstarter for funding. They pledge a tree for every dollar donated. “We merge technology, software and ecological science to surpass traditional tree-planting efforts and rapidly accelerate global reforestation efforts,” stated the team. 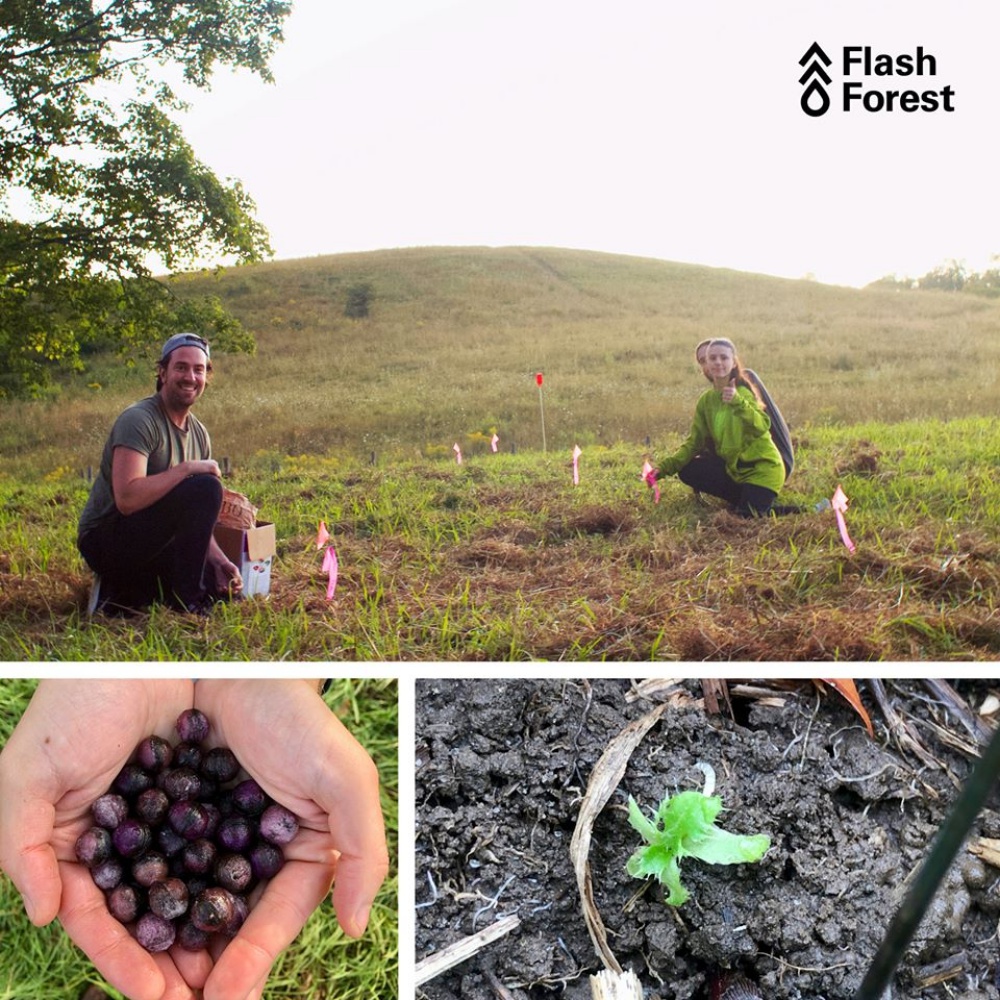 According to their findings, drones can plant trees 10 times faster than humans. The plan is to have multiple drones planting seed pods at a rate of 1 pod/second. Each planting drone will be able to plant 20,000 trees a day – in hopes of attaining their goal of planting 1 billion trees worldwide by 2028.

“There are a lot of different attempts to tackle reforestation,” Flash Forest’s cofounder Angelique Ahlstrom told Fast Company. “But despite all of them, they’re still failing, with a net loss of 7 billion trees every year.” 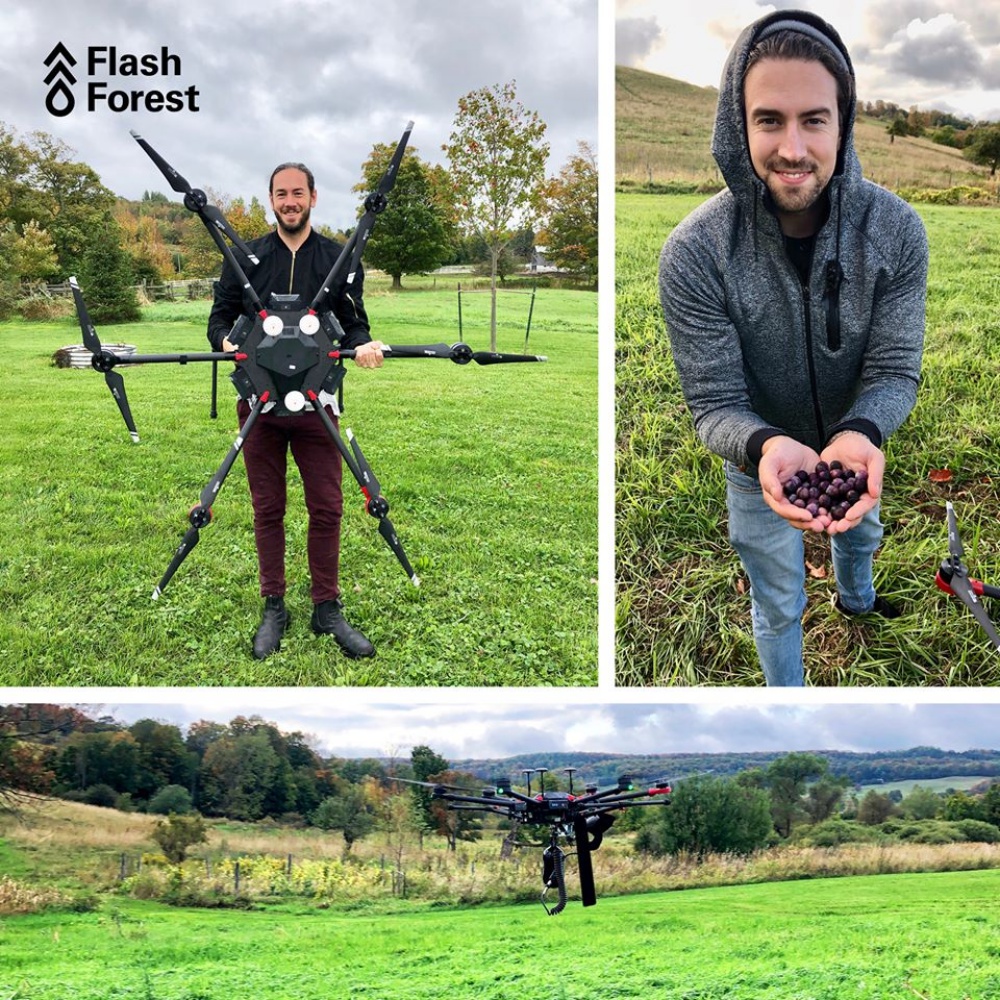 Their unique process sets them apart from their competitors. “Each of our pods contain at least three pre-germinated seeds, mycorrhizae, fertilizers, and of course…our secret sauce. We aim for an average of eight different species to ensure we build healthy ecosystems. Not monocultures,” wrote the team.

They claim that their method will grow trees faster and cheaper than other reforestation efforts. The ‘secret sauce’ they use is supposed to helps trees grow faster. “Our unique acid blend enables us to scale up far faster than competitors as we remove up to two years from the growing process.” The three-year goal is to plant trees at a cost of 50 cents per tree. 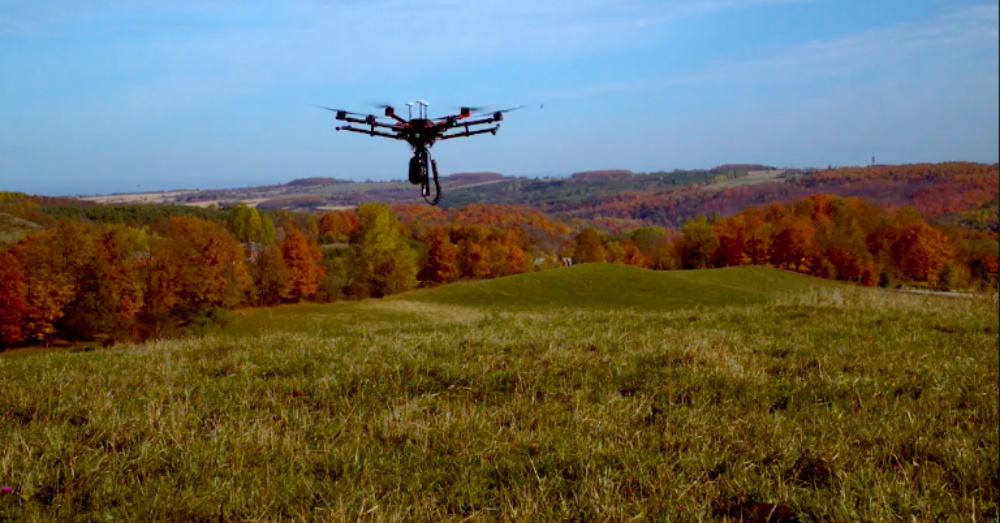 The project is starting on land north of Toronto that was destroyed in a wildfire. The company hopes to plant 40,000 trees in a month using their new technology. Drones are flying over fields and dropping seeds of native pine and spruce trees to rebuild the devastated area. By the end of the year, the company hopes to expand to other areas and plant a total of 150,000 trees.

“We want to make an impact and rebuild degraded ecosystems on every corner of the earth. Forests don’t just pull CO2 from the atmosphere. They provide homes and food for millions of species, from insects to elephants, they bring more rainfall and capture the rain, cooling the air and stabilizing the climate. They are the livelihoods and source of income for all the communities living off the forests.” 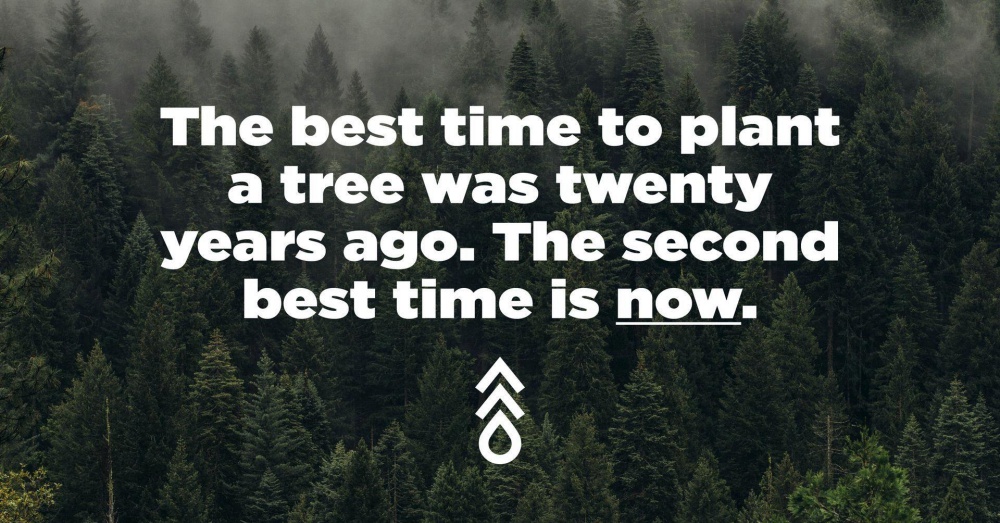 Together, we can restore native trees all over the world. GreaterGood is helping restore cottonwood and willow trees back in areas of Mexico. Donate now to help plant native trees for the health of the planet and to preserve wildlife.

Learn more about Flash Forest in the video below and don’t forget to share.