See The Dangerous Side To A Beautiful Colorado Landscape

Weather on the plains of central America can be completely unpredictable and dangerous, but it can also be incredibly beautiful, even in the middle of a storm.

On the flat land of central Colorado, multiple supercell storms began to develop in a band that stretched for miles across the state. When these large storms come together, the conditions become ideal for tornados to begin forming.

Eventually, that is exactly what happened. 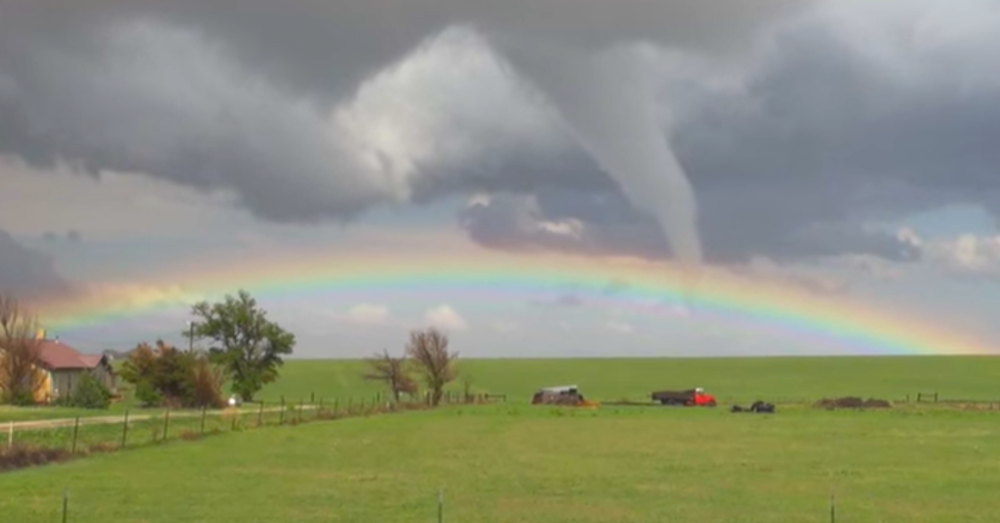 After a short while, an elephant trunk tornado (a tornado that tapers down from wide to thin as it stretches downward from the sky towards the ground) formed, and while it began its descent towards the earth below, it went right through a perfectly-formed rainbow.

With all of the rain that came along with the stormy conditions and just enough light to still shine through the water droplets, the rainbow appeared in the perfect place for an amazing video opportunity.

Supercell storms happen regularly in the states that make up the majority of middle America, and by their nature, they form almost the exact conditions required to spawn tornados.

Since a supercell storm is defined as a thunderstorm that has a deep rotating updraft, that circular current of air is the defining factor to help mark the difference between a supercell and a multicell storm front. 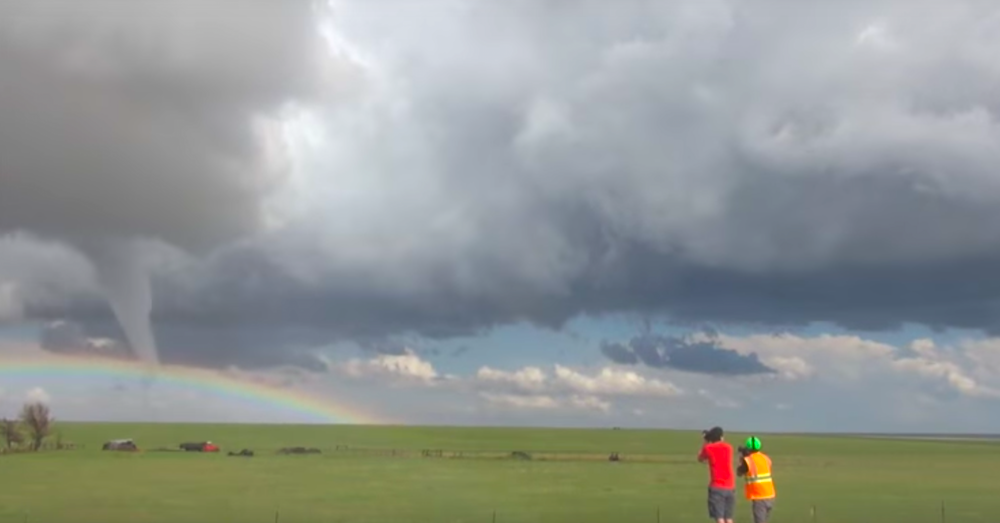 For a tornado to form during a supercell storm, the only extra thing that needs to occur is for there to be a current of cold air that is dropping down towards the ground.

When the warm air comes through the updraft of the storm and the cold air comes down from high up in the sky, a rotational current of air begins to spin and form into the funnel shapes that we know of as tornados!

It’s all pretty fascinating when you really think about it.

In the video below, you can almost see everything coming together to form an amazingly beautiful landscape and then shift into something that could be potentially dangerous for anyone that finds themselves nearby.

But being able to see a tornado touch down right through the middle of a rainbow is something the people who filmed the occurrence just could not pass up!

Check out the video below, and since we are still in the tail-end of the tornado season you can click here to see five great tips to help keep you safe during a tornado.