A teenager from Sweden wants her leaders to know, the earth is doomed, and unless action is taken now, we have much to fear.

Greta Thunberg, 16, gave a rousing speech to the European Parliament on the disastrous effects of climate change. Her message was simple.

“I want you to panic,” Thunberg told the room of politicians. “I want you to act as if the house is on fire. I have said those words before, and a lot of people have explained why that is a bad idea. A great number of politicians have told me that panic never leads to anything good, and I agree. To panic, unless you have to, is a terrible idea. But when your house is on fire and you want to keep your house from burning to the ground, then that does require some level of panic …” 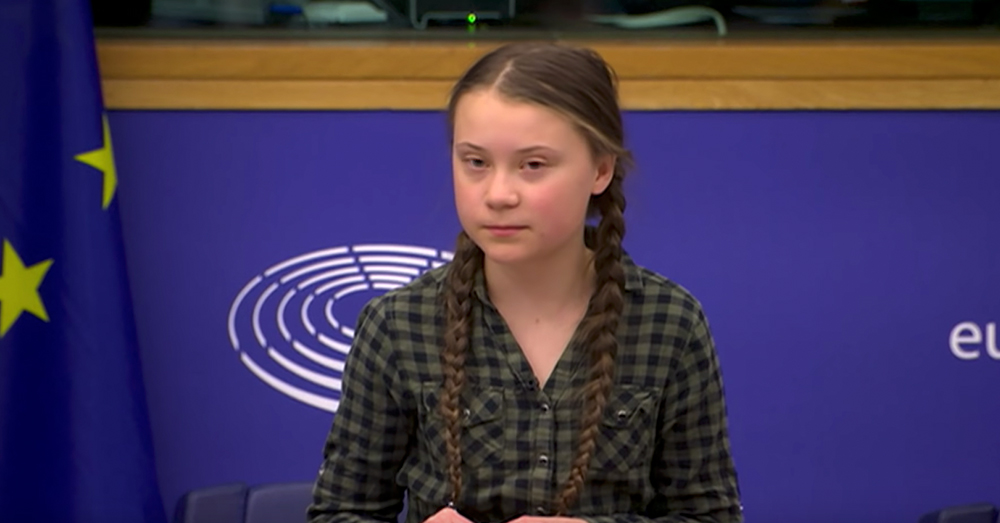 Thunberg added an ultimatum, just to be sure her leaders got the message.

“Around the year 2030, ten years, 259 days, and ten hours away from now, we will be in a position where we set off an irreversible chain reaction that will most likely lead to the end of our civilization as we know it,” she said. “That is, unless, in that time, permanent and unprecedented changes in all aspects of society have taken place … We are in the midst of the sixth mass extinction, and the extinction rate is up to ten thousand times faster than what is considered normal with up to 200 species becoming extinct every single day.”

“These are all disastrous trends,” she carried on, fighting back tears. “that we see as our right to carry on.” 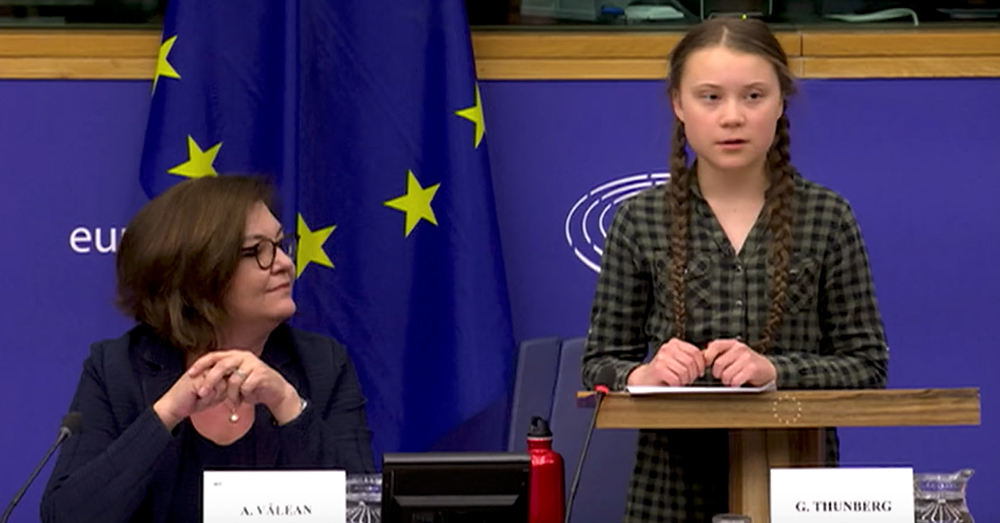 Source: YouTube/EURACTIV
Thunberg was applauded by the European Parliament for her words on climate change.

The members of parliament were moved, as well, and gave Thunberg a standing applause.

But she was not done. 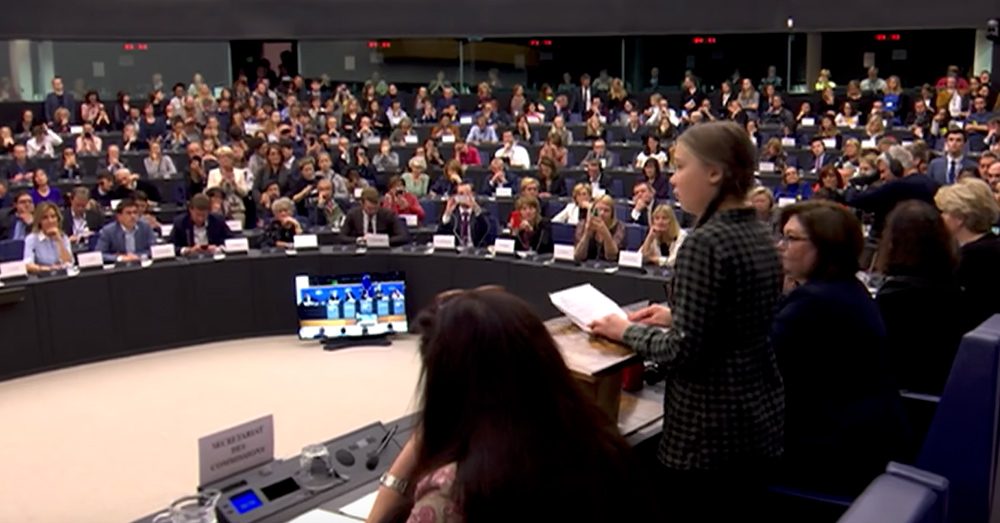 The politicians sat, chastised by a 16 year old, with no recourse but to accept her point of view. They applauded even louder.

“New elections are coming up soon, and many of us who will be affected the most by this crisis, people like me, are not allowed to vote,” Thunberg said. “Nor are we in a position to shape the positions of business, politics, engineering, media, education or science, Because in the time it takes for us to educate ourselves to do that simply does no longer exist. And that is why movements of children are taking to the streets, schools striking for the climate to create attention for the climate crisis. You need to listen to us, we who cannot vote, you need to vote for us, for your children and grandchildren. What we are doing now can soon no longer be undone.”

Acknowledging her words may have Allen on deaf ears, Thunberg thanked the parliament for the opportunity to speak. She also reinforced her point, that it should not have come to this in the first place.

“It’s okay if you refuse to listen to me; I am, after all, just a 16-year-old schoolgirl from Sweden,” she said. “But you cannot ignore the scientists or the science or the millions of school-striking children who are school-striking for the right to a future. I beg you: please do not fail on this.” 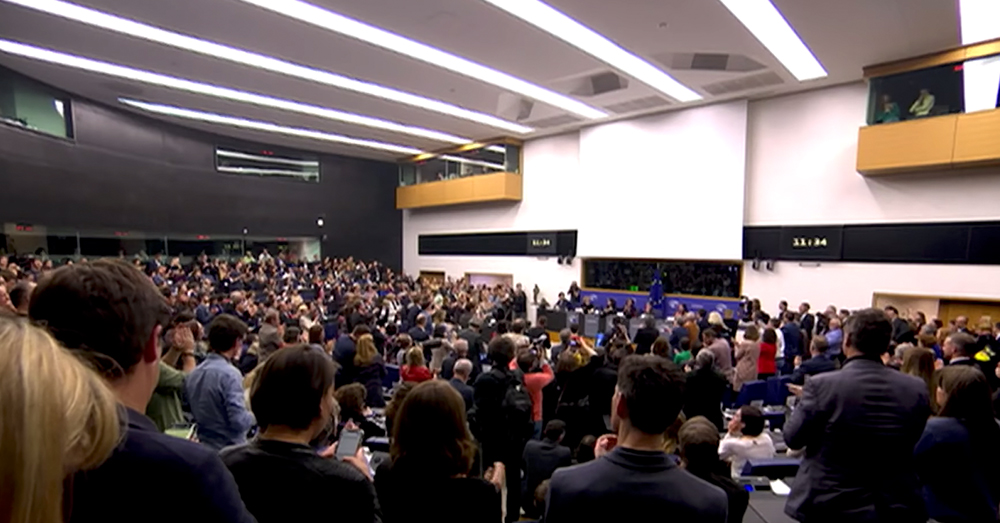 Source: YouTube/EURACTIV
Before appearing before Parliament, Thunberg gave a TEDx talk on climate change, and staged a school walkout that drew participants from around the world.

This is not he first time Thunberg has moved people with her insight. In fall 2018, she and her fellow students, later joined by many more around the world, staged a school walkout to protest climate change. During a TEDx talk on environmental threats, she explained more of her life story, having been diagnosed with Asperger’s syndrome, obsessive-compulsive disorder, and selective mutism, which drove her into a deep depression at just 11 years old.

During her talk she said her selective mutism, “basically means I only speak when I think it’s necessary. Now is one of those moments.”

Watch her use her powerful voice in the video below.