Long ago, according to Inuit legend, there was a mother who treated her son and daughter extremely poorly. The son, who was born blind, suffered great torment under his mother and after eventually regaining his sight with the help of a loon, he decided to take things into his own hands.

One summer day when the ice began to break, the beluga whales started their movements once again and came closer to shore than normal. With this opportunity, the son seized his harpoon and asked his sister to come with him to the shoreline to help him aim.

Upon seeing her children, the wicked mother became curious as to what they were doing and joined them at the shoreline. The son then asked his mother to tie the end of the harpoon rope around her waist to help bring a whale back to shore after the son had harpooned it. 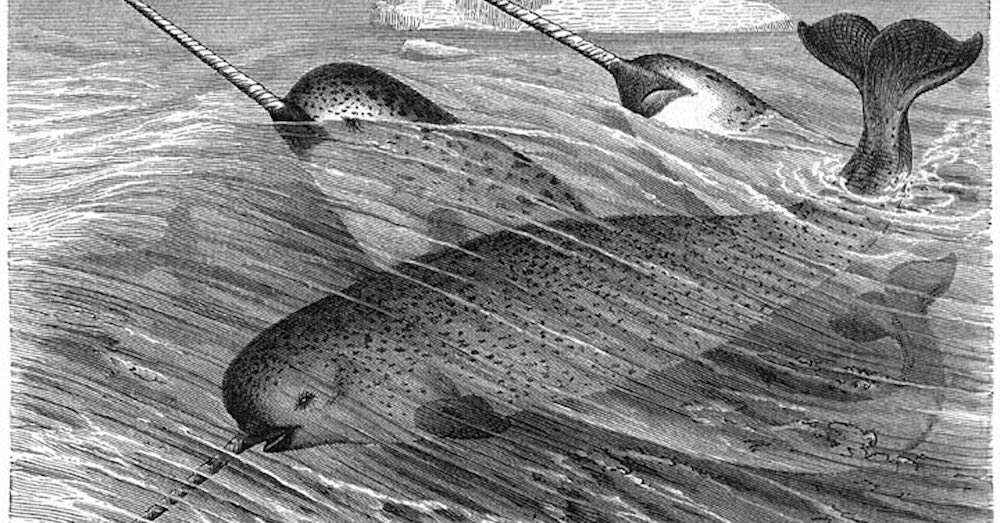 The son aimed for the largest whale of the pod with the help of his sister, and when his spear struck the animal the mother was dragged into the ocean. As she was pulled deeper and deeper she transformed into a whale. While the transformation occurred, her hair twisted around the harpoon rope and formed a long, twisting horn.

This is how the creature we know today as the narwhal, came to be. At least, that’s how it happened in the Inuit legends.

In reality, the narwhal is just another whale with an extremely unique, and very distinguishing feature. 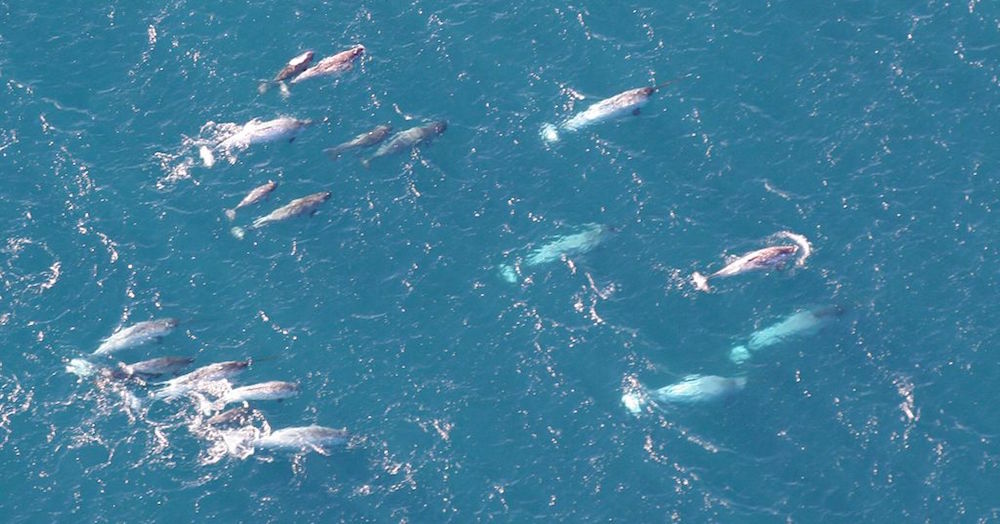 These pale-colored whales live exclusively in the Atlantic and Russian waters of the Arctic, where they spend most of their time hunting for fish, shrimp, and squid.

As one of the rarest creatures in the ocean, alongside their extremely unique long horn, they have been appropriately referred to as the “unicorns of the sea.”

But there is one important distinction to make about narwhals ‘horns:’ it is actually a tooth!

The whales themselves actually have two single teeth, but for the male whales, that tooth continues to grow and eventually forms their telltale ‘horn’ that can reach up to 9 feet long.

This is just one of the many interesting facts about these incredibly rare and very unique ocean creatures, so to learn more about them check out the video below!