Say It Isn’t So! The Baiji River Dolphin Has Gone Extinct…

Conservationists at the Zoological Society of London surveyed 3200 km of the Yangtze River in China, home of the unique baiji river dolphin, with hopes of saving the endangered species from extinction. But alas, without a dorsal fin in sight, and no clicks or whistles on the hydrophone, the rare Cetacean was deemed nonextant.

Watch the video to find out why the baiji went extinct and what we can do to protect other distinct and endangered species from a similar fate. 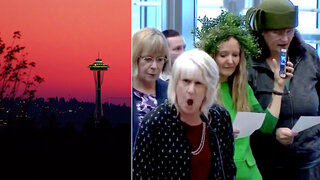