We have seen much harm to the planet in recent years, including the destruction of the natural forests. It is a worldwide issue and in many areas, the problem continues to grow. Every once in awhile, however, you hear about an area that is making a difference and Thailand is one good example.

In 2019, the Thailand Government announced that it was planning to ‘bomb’ their own country. They would do so by flying military planes over areas that needed trees and carpet bomb the landscape.

Most people would associate carpet bombing and area with destruction but this was a peaceful mission. The bomber planes would be filled with hundreds of thousands of seeds, which would be dropped in the area to hasten the growth in their reforestation efforts.

You can see a demonstration in this video:

The seed-bombing concept was developed by Masanobu Fukuoka, a Japanese natural farmer and philosopher. Originally, the ‘seed balls’ full of earth and large amounts of seeds were created by hand and thrown into an area to introduce vegetation.

Thailand is not the first to want to use this type of ‘guerrilla farming’. It has been used in the past.

It is a method that takes very little effort to plant seed into a new area. It is also illegal to do it without the knowledge of the property owner. That being said, it is an excellent way to plant vegetation in areas that need it. 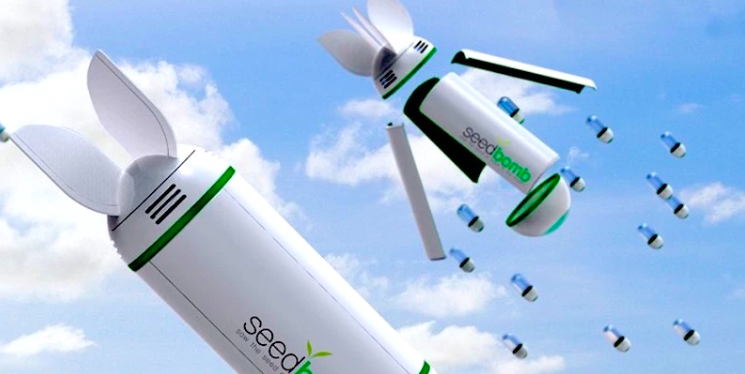 Ecologists realized that it could be taken to the next level by using a military strategy. Areas, such as Hawaii, could have the vegetation repopulated after being destroyed by a forest fire in the 1930s. It would encourage new growth quickly.

Next year, the areas that were seed-bombed will be monitored by the Thailand government to see how it is working.

If the program works as well as they hope, other nations could use the program as a model for their own. It could work to reverse some of the damage of deforestation seen in areas, such as the Amazon, Indonesia, and East Africa.

Large-scale deforestation was a serious problem in Thailand in the mid-1990s. It left the nation facing a landmass that was down from 60% coverage to 25%.

The country was well aware that they needed to do something about the situation and the decision to seed bomb was the key to turning the tide successfully.

It’s interesting to see these changes taking place when a nation realized how big of a problem they were facing and they decided to do something about it.