With the Australian wildfires still going, flames continue to rage and burn down the habitats of wild animals. Most affected are the koalas. 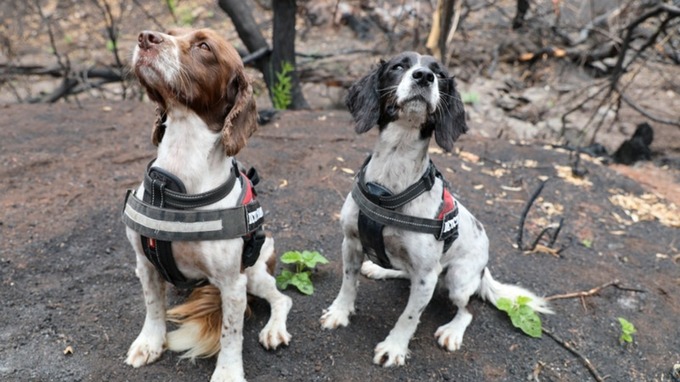 Taz and Missy, have been relying on their keen sense of smell in order to sniff out koala excrement. By doing so, these dogs have helped to save the koalas stranded in the forest at Maryvale on Queensland’s South Downs.

The area is one of the huge patches of natural habitat that have been greatly affected by wildfires. This devastation has prompted fears for the survival of the koala population in Australia.

On the first day of their search, the team discovered one koala and her infant – both who thankfully seemed to be in good condition.

Koala conservation ecologist Olivia Woosnam told ITV, “The joey was out of the pouch and independent. They were in the same tree and they were moving around and seemed okay, we did a visual check of them and we’ve got no immediate concern for their safety.”

While on an extensive search that covered more than 6 miles of forest, the team found another adult male and an adult female. In addition, they also spotted further signs of koala life. 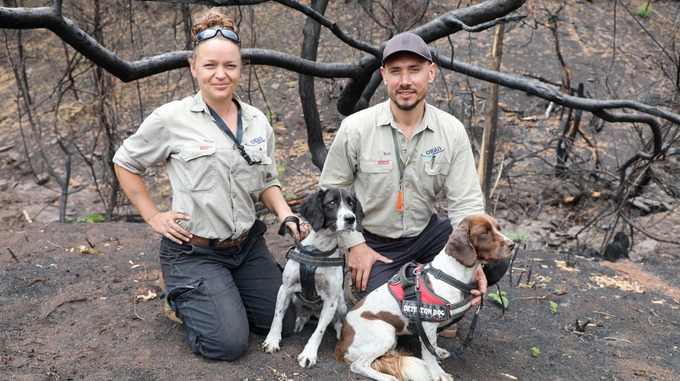 Despite the fire that went through the Maryvale forest that occurred two months ago, the team revealed that parts of the area are still smoldering.

According to Ms. Woosnam, the staff in nearby buildings have left out water stations for the koalas, however, some of the koalas still appeared “malnourished and dehydrated.”

“There isn’t much leaf and therefore not much moisture at all, so they’d be getting thirsty,” she revealed. 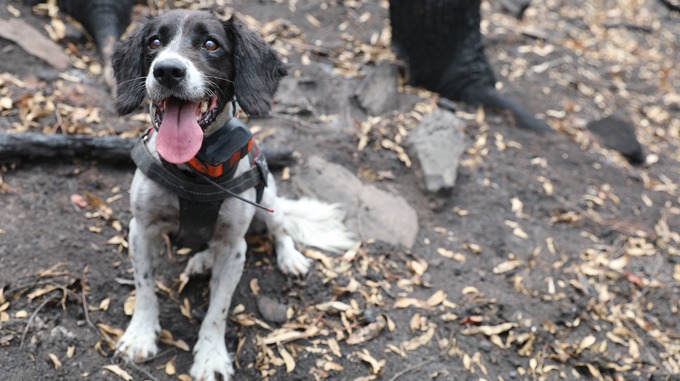 Dr. Stuart Blanch, who is senior manager of land clearing and restoration for WWF Australia, stated, “Finding seven koalas alive amid the destruction in just two days is an encouraging start.”

He added, “It’s great to see that some koalas are surviving the fires and they can recolonize the forest as it regrows.”

The team also stated that lush new leaf emerging in the forest provided further evidence that koalas are feeding on the new growth.

Since September, the wildfires in Australia have destroyed more than 2,000 homes and claimed the lives of at least 27 people.