Are Tasmanian Devils Making A Comeback From Endangered Status?

Once abundant throughout Australia, the world’s largest carnivorous marsupial — the Tasmanian Devil — can only be found in the wild on the island of Tasmania. Now on the endangered species list, the Tasmanian Devil is on the brink of extinction. Efforts are underway by conservation organizations to bolster the small population of Tasmanian Devils, and now for the first time in a long time, it seems there may be some hope that they could make a comeback.

With close to just 25,000 left in the world today, their numbers have been plummeting steadily for years. This is not good for many reasons; first being the fact that they play an important role in the wild as a top-order predator. A number of Australian species relied on the devil to perform its ecological function and eradicate invasive species. Tasmanian Devils are now extinct on mainland Australia and have dropped to less than 10 percent of their historic population in Tasmania.

But there is hope. Take the stories of three Tasmanian Devils who are helping make the iconic marsupial come back from the brink of extinction. 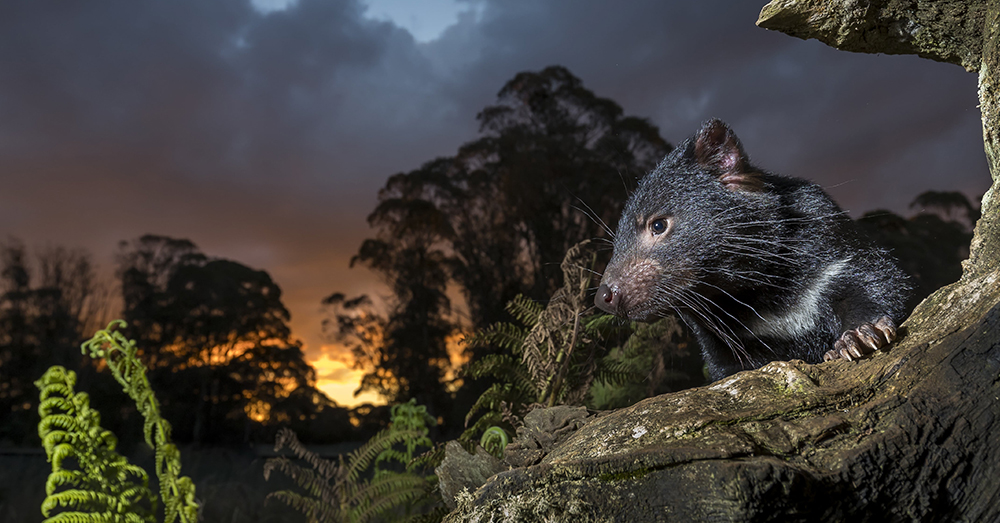 Tasmanian Devils Angel and Archie are siblings, hand raised by a keeper with the organization, Devil Ark. The non-profit group works “to save the Tasmanian devil from extinction by creating an insurance population of genetically diverse, healthy devils.” Their mission is joined by partners like the Global Wildlife Conservation and GreaterGood.org. Unfortunately, Tasmanian Devils have fallen victim to one of the only known contagious cancers, along with losing mass population numbers to invasive species, habitat destruction, and other factors. Three of their Devils have recently been complete success stories, however.

Tasmanian Devils Angel and Archie were in care at Devil Ark when a third Devil was located in an enclosure, having been separated from his mother. Duke, who was named for his strong and feisty personality, was placed in with Angel and Archie and bonded strongly with them. These three individuals grew up together for the first year of their lives until they graduated into a wild type enclosure at the age of 18 months.

All three Devils became ambassadors for Devil Ark and went on to become reproductive Devils at Devil Ark. Angel has become a mum for the second time this season, with a full pouch of four joeys, making her a mum of eight joeys in total over the past two seasons. 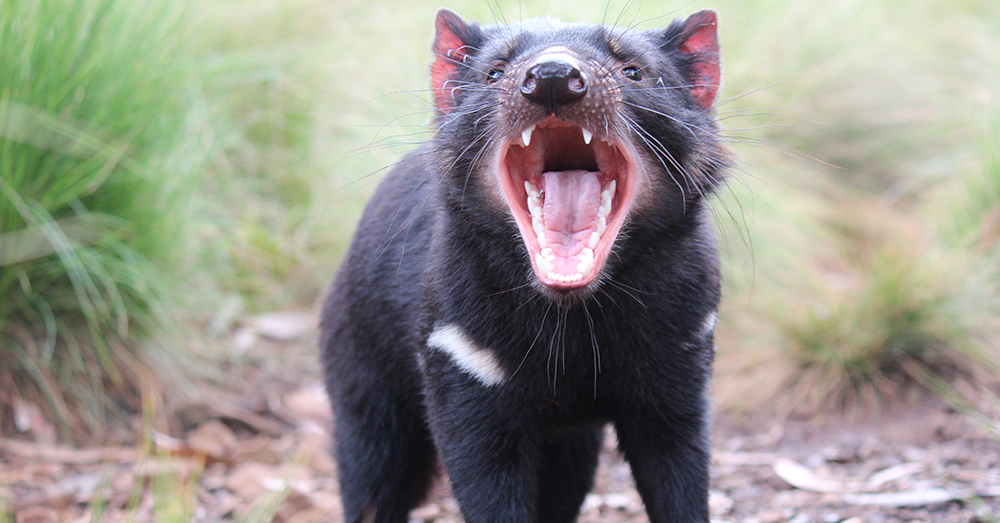 Photo courtesy of Devil Ark — Angel is a hand raised female who has gone on to produce 8 beautiful joeys over two breeding seasons.

Angel is one of the most striking Devils at the Ark, with beautiful white markings. She is also known for her inquisitive nature, being known to follow the Devil Ark keepers around during their rounds, and is often found playing in a water bowl on warmer days. Duke and Archie are also now in their own breeding yards with several female companions, and Duke in particular has become the alpha male of his yard and shows his dominance often. He has come a long way since he was located as a lonely orphan!

In part because of our help, Devil Ark had a record-breaking year of 51 Tasmanian Devil joeys born at the facilities. Devil Ark is on track to increase its numbers to 360 Tasmanian Devils, which will strengthen chance of survival. Construction is beginning now to open 30-40 spaces in November 2017. These Tasmanian Devils will need homes.

Watch the video below to learn more about the importance of Tasmanian Devils to Australia’s ecosystem!

Share on Facebook
Share on Facebook
GreaterGood.org works with Global Wildlife Conservation and Devil Ark to save the Tasmanian Devil through a dual approach of maintaining an insurance population through captive breeding and then releasing healthy individuals back into the wild.
Click below to learn how you can directly help these Tasmanian Devils survive!
Click to Help!

Jacob H. is an award-winning journalist and photojournalist who currently resides is West Michigan with his wife. In his spare time, Jacob enjoys writing, photography, mountain climbing, and camping.
Whizzco