Researchers Discover The Tallest Tree Known To Exist In The Amazon

Eric Bastos Gorgens and his team were curious about what they would find when they went searching for the tallest tree in the Amazon. What they found was a tree that is over 290 feet tall, the Dinizia excelsa, or ‘Angelim Vermelho’ in Portuguese. Not only did it beat the record, it beat it by some 30 m.

A number of researchers from the United Kingdom and Brazil were examining the data from Brazil’s National Institute for Space Research along with a forest engineering professor and researcher at Brazil’s Federal University of Jequitinhonha and Mucuri Valleys (UFVJM). What they discovered were some giant trees growing in the Parú State Forest conservation area in the state of Pará. It took them some time before they were able to fully determine the measurements that were represented by the set of numbers. 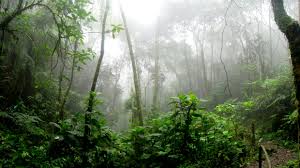 “It could have been a bird flying by, a tower, a sensor error,” says Gorgens, the lead author of a recent study about the trees published in the journal Frontiers in Ecology and the Environment. “So we started to look into what could have given us these numbers that were so far from standard. And as we started looking at the data more carefully, we realized they weren’t errors. They were, in fact, giant trees.”

Satellites were used by Inpe and 850 random swaths of the Amazon were covered from 2016-2018. Each pass was 12 km x 300 m, which is almost 900 acres. They were doing it to map those remote areas of the rain forest. As the data was being analyzed by Gorgens and his team, they saw that some of the trees were larger than what they had anticipated. Those trees were from the Dinizia excelsa species and one of the trees stood out (or up) compared to the rest.

The majority of the trees were located near the Jari River, which feeds the Amazon River and runs between Pará and Amapá. When they discovered that the trees were so massive, they realized they had to go see them in person.

They used Inpe’s data to pinpoint the location of the trees and then started on an expedition that would take them some 240 km in the rainforest. They traveled up wide rivers and over the rapids by boat and then cut a trail through the jungle while they finished on foot. 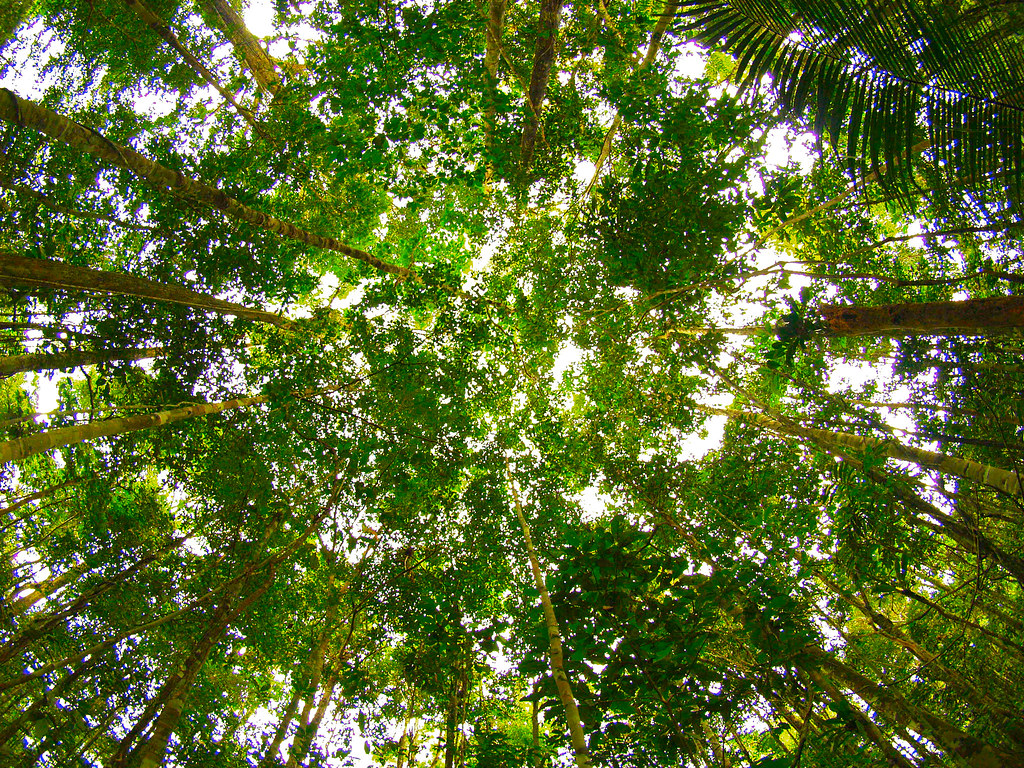 Some five days passed before they arrived at base camp, which allowed them to visit a number of the giant trees. Most of them were over 70 m tall and were located on the edge of the river. They only had two days to collect samples and take measurements of the trees, which would give them enough time to visit the tallest which was still a few kilometers away according to satellite data. That visit would have to wait until they returned the following year, as a longer trek was scheduled.

“Everything we saw there was new,” Gorgens says. “There was absolutely no record of anything there.”

Fabiano Moraes, a tree-climbing specialist was able to verify the tallest tree at 82 m. Ropes were used to go as high as possible and then a measuring rope was dropped to the ground.

Those trees are often used for timber and it wasn’t clear why they were growing so tall. They are still attempting to measure the age of the trees, but they think they may be up to 600 years old. It may be possible that they survived so long because they are far away from industrial and urban areas. They also have some protection from storms and high winds which could cause them to topple.

When more research is done in the area, the conditions that allowed the trees to thrive will be better understood. It is known that trees are more likely to grow larger in the Eastern Amazon in comparison to the Western Amazon. Timothy Baker, an associate professor of tropical forest ecology and conservation at the University of Leeds said that the metrology rate is 1% in the Eastern Amazon and 2% in the Western. He was not directly involved in this research.

Another factor that needs to be considered is the effect that those large trees have on the health of the environment. 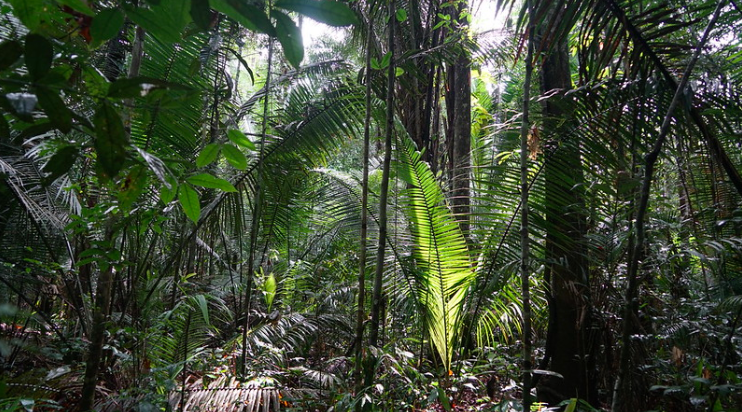 “Just one of these trees is capable of storing the same amount of carbon that 500 smaller trees would store in a normal forest,” Gorgens says of the giant angelim vermelho trees. “Each individual is worth almost a hectare of carbon.”

Baker considers the ability to map the Giants in this newfound way to be a significant discovery.

“Results from our existing plot data show that the forests of the Guiana Shield have the highest amounts of carbon stored above the ground of any Amazonian forests,” he says. “There are typically over 200 tons of carbon per hectare in the trees of these forests.”

There have always been threats to the Amazon rain forest from decontamination, fires, illegal mining, logging, and farming, along with other issues. The fires that have recently been raging and destroying large parts of the region are making people more aware of the sensitivity of the area.

“If not significantly disturbed by humans, the forests of this region can be particularly carbon-rich,” Baker says. “And that is an important argument for their conservation.”