The World Mourned With Tahlequah As She Pushed Her Dead Calf For Weeks, Now She’s Pregnant Again

The world wept with Talequah when, for more than two weeks, she pushed her dead calf more than 1,000 miles along Puget Sound and the Pacific coast of the United States.

Tahlequah, also known as J-35, represents the endangered and dwindling southern resident orca species, no females of which had successfully given birth in three years before hers died. She is one of the last of her kind.

And she is pregnant.

Scientists John Durban, senior scientist of Southall Environmental Associates and Holly Fearnbach, marine mammal research director for the nonprofit SR3, have been monitoring Tahlequah and her pod using camera drones, the Seattle Times reports. The drones are flown 100 or more feet above the whales to avoid spooking the mammals. Still, that is close enough to observe patterns in behavior and movement, and close enough to distinguish an Orca’s baby bump. 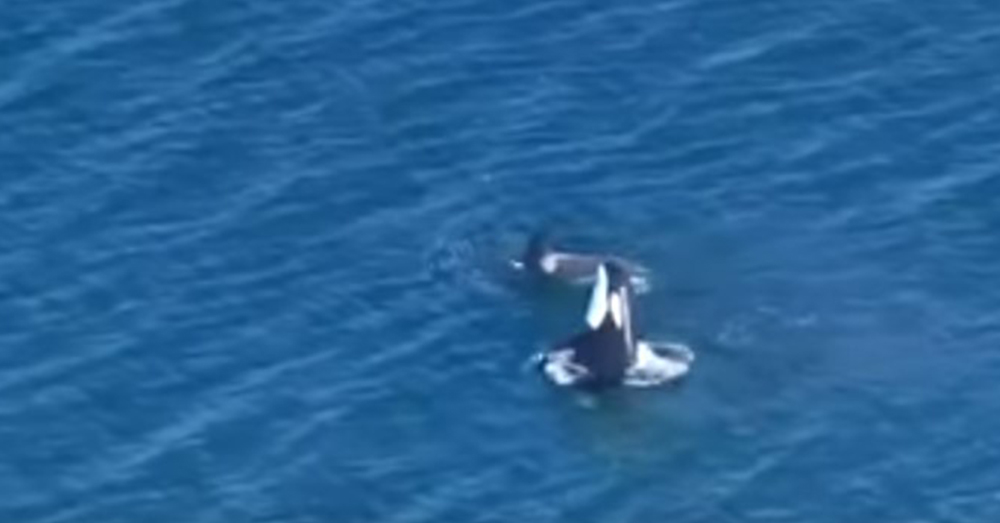 Since Tahlequah’s miscarriage in 2018, southern resident pods J and L have welcomed two new calves. Those Orcas have so far survived, but it will be months more until Tahlequah gives birth. The Orca gestational period lasts around 18 months.

That’s a long time to wait when your species is facing extinction. 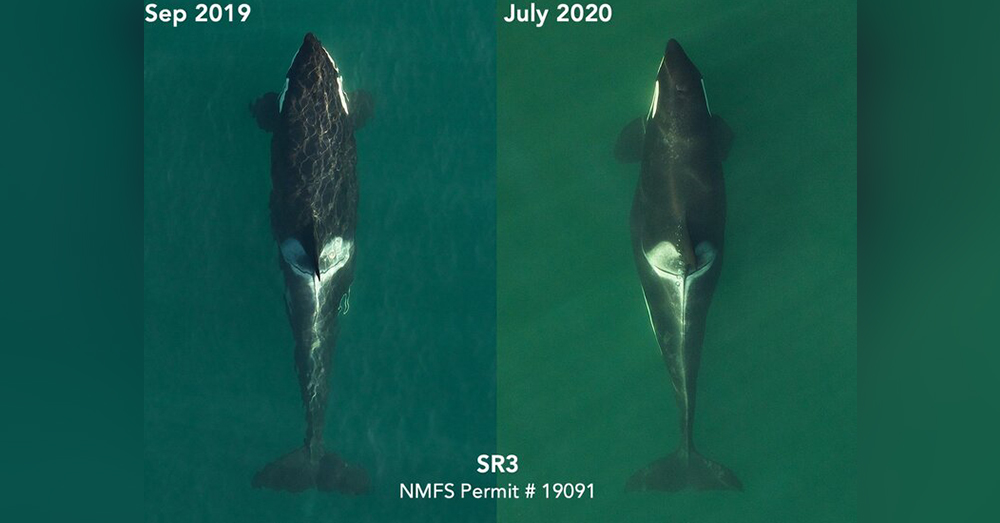 According to researcher Sam Wasser of the Center for Conservation Biology at the University of Washington, around two-thirds of all southern resident pregnancies are not successful, and several of the young whales in pods J and L are already looking thin.

During this time, the scientists are trying to get boaters to respect the Orcas’ territory. Loud boat motors not only make it hard for Orcas to communicate with each other and hunt food, it scares away the Chinook salmon, their main source of food. 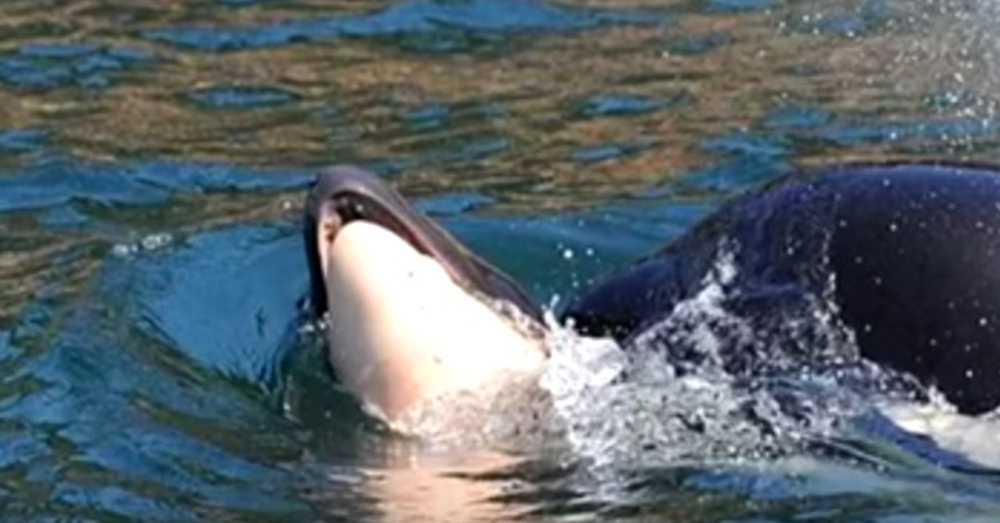 Source: YouTube/KING 5
Tahlequah pushed her dead calf around for 17 days in 2018.

“Studies by our colleagues at the University of Washington have shown that these reproductive failures are linked to nutrition and access to their Chinook salmon prey, so we hope folks on the water can give the Southern Residents plenty of space to forage at this important time,” reports Sealife Response Rehab Research. “With such a small population (Center for Whale Research census current at 73 whales), every successful birth is hugely important for recovery.” 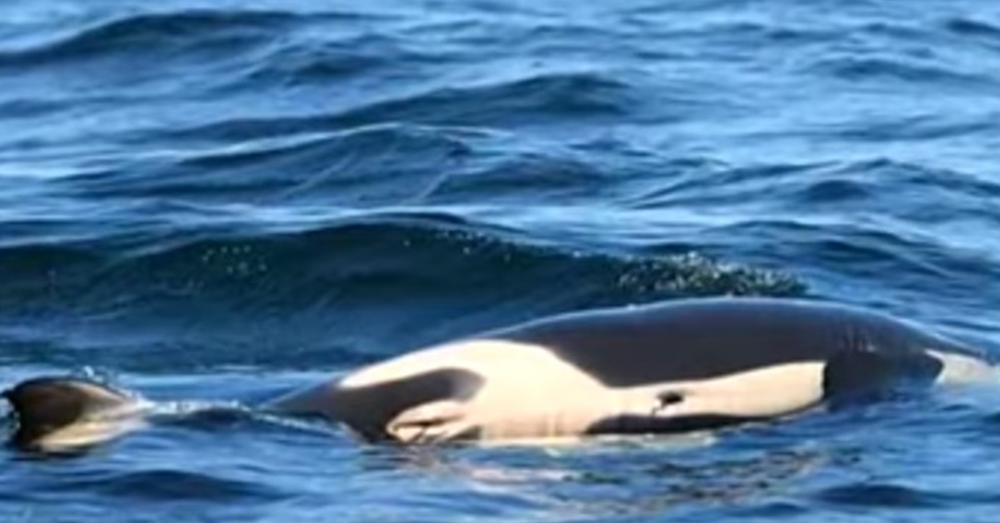 It’s safe to assume the southern resident orcas will remain in and around the Northwestern Pacific where they have lived for decades, some leaving only to return years later.

“Just like human fisherman that don’t just go drop a hook in the ocean,” Durban said. “They have their favorite places. They are amazing societies that pass culture down from generation to generation. They are creatures of habit.”

Remote Hawaiian Beaches Covered With Too Much Trash, EPA Says: Click “Next” below!