There is an award-winning photographer who’s managed to capture adorable photos of squirrels playing with pumpkins just before Halloween.

Weggen is well-known for his squirrel pictures, having had several books published with his photos of the cute animals being the focus.

“Almost every picture I take is telling a story,” Weggen said. “So like with Halloween, I can imagine them as dancing skeletons.” 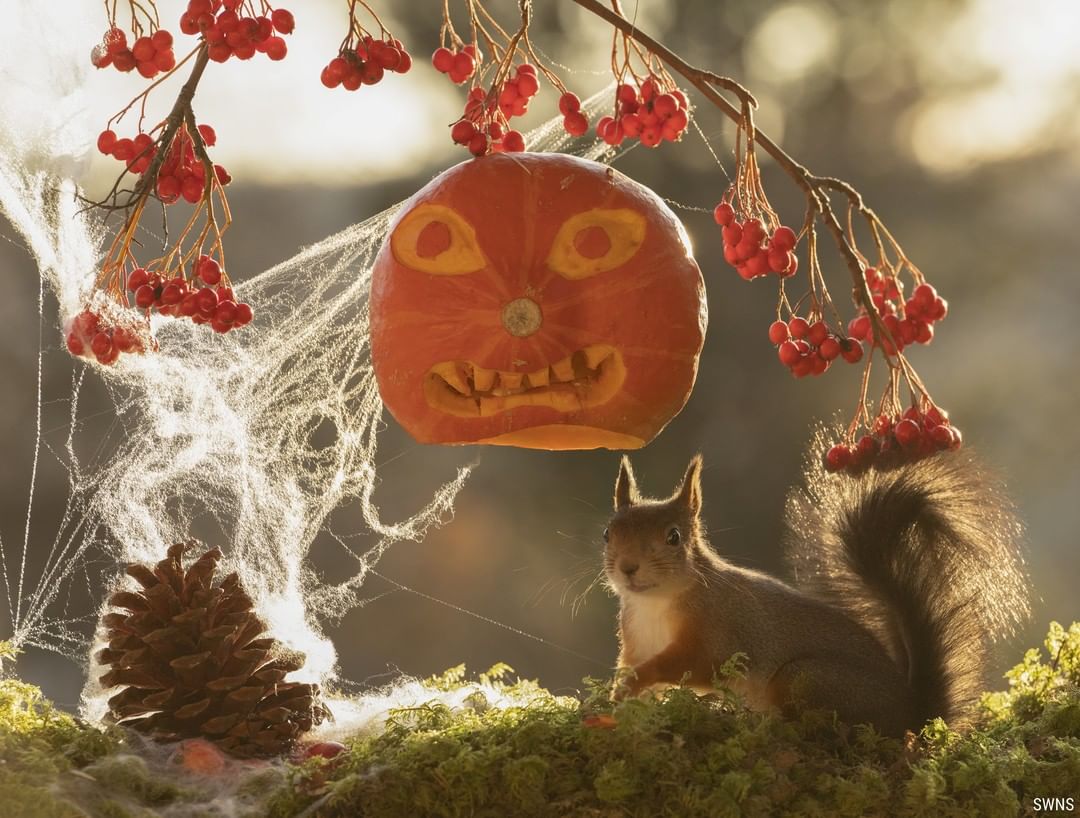 He went on to explain that sometimes the squirrels can prove to be a little difficult to get in pictures.

“They bite me sometimes,” Weggen admitted before clarifying that the squirrels have never done him harm.

“They recognize that when they bite me I’m not a nut. They’re very smart in that way.” 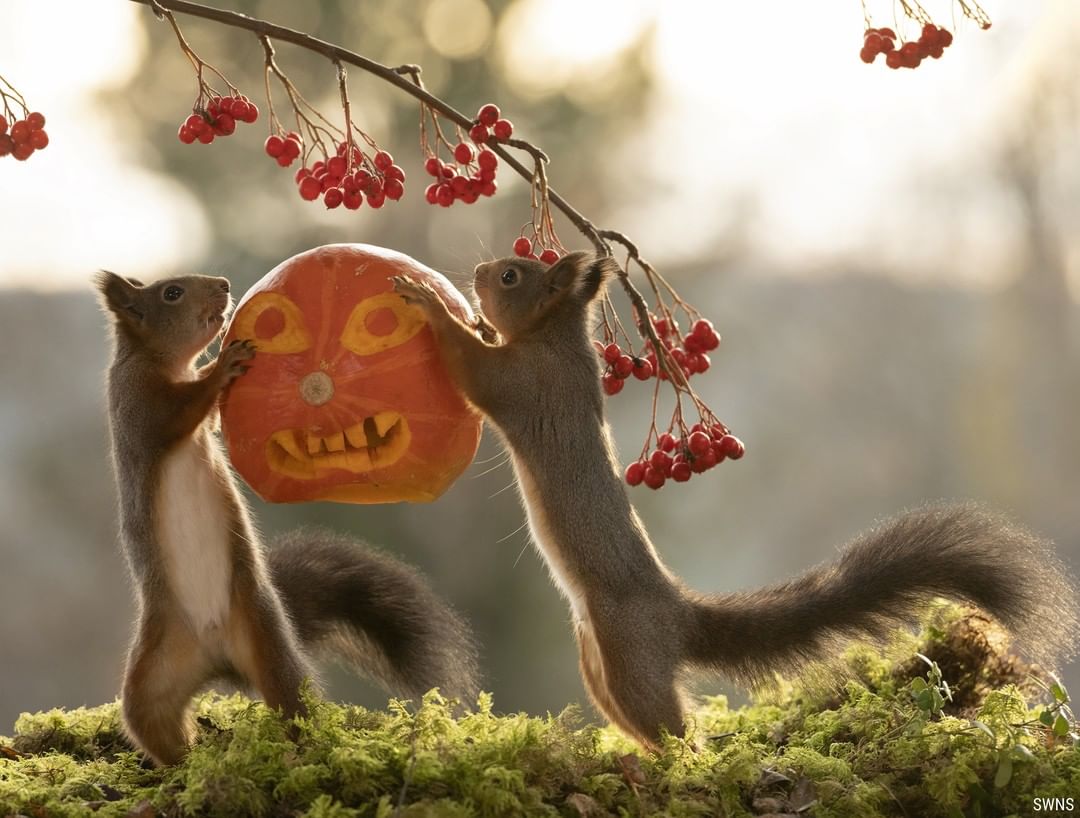 Weggen lives in central Sweden. He has won various awards for his photography of wildlife.

When it comes to capturing his images of squirrels, he explained how it often requires a lot of patience. 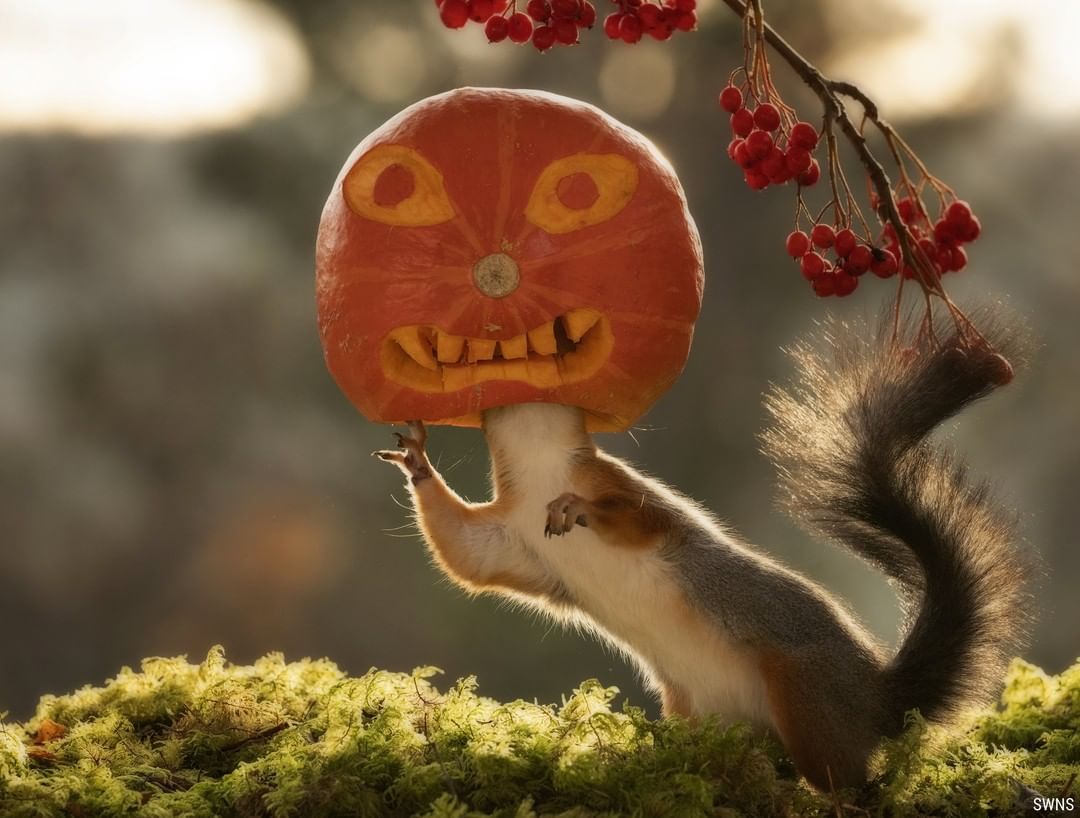 “I cannot tame a wild squirrel. They do exactly what they want,” Weggen said. “I can wait a very long time for my shot.”

Of course, on occasion, it does help to entice the squirrels using food. 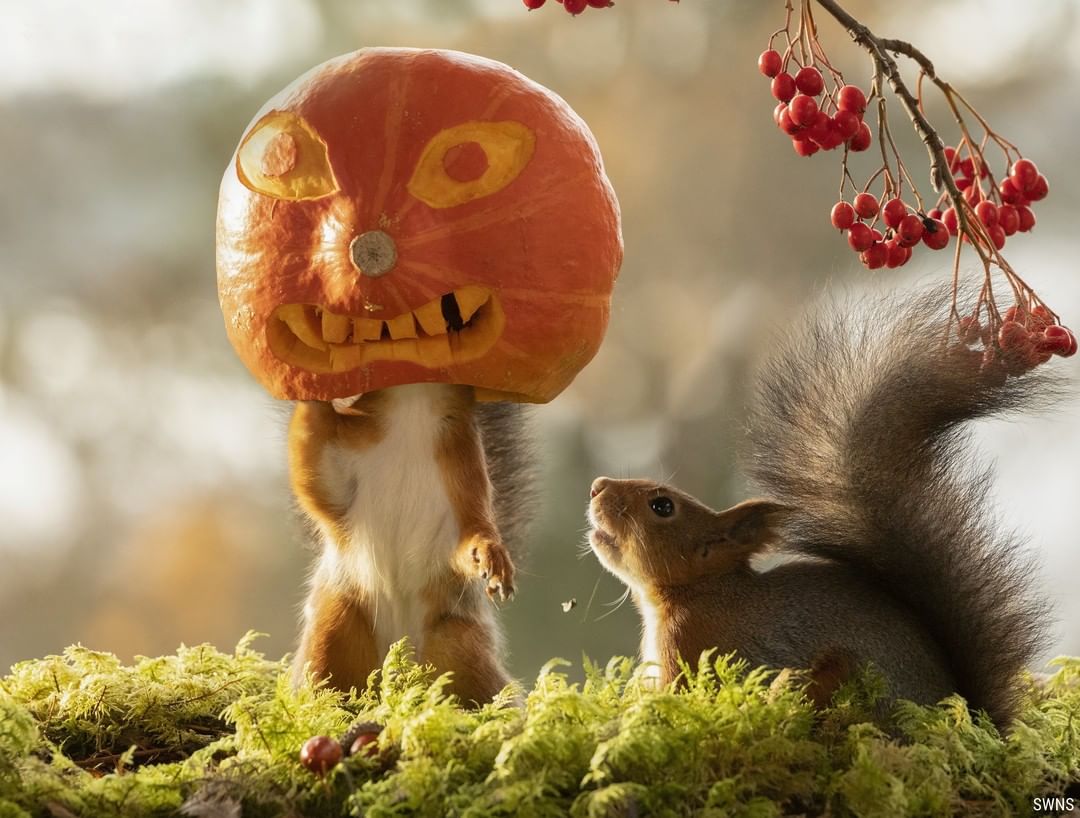 Weggen added, “I know they’re always searching for food, so I might hang a little bucket with seeds in the air. If I want them to pick up a pencil, I spread a little peanut butter on it.”