Graphic Content Advisory: This article contains images that may be upsetting.

Mystic Monkeys & Feathers Wildlife Park in South Africa experienced a horrendous loss after a malicious attack. Owner, Christa Saayman, was horrified when six of her beloved lions were murdered by poachers for their body parts.

Chickens heavily laced with poison were thrown over the electric fences to the lions. Three white lions and three brown lions were killed after eating the chicken. The poachers removed the heads and paws of four fully grown lions for presumed black magic ritual. The other two murdered were six-month-old lion cubs that were fully intact.


“SENSELESS AND HEARTLESS PEOPLE HAVE ROBBED US OF THESE BEAUTIFUL ANIMALS, IT’S SUCH A PITIFUL DISGRACE!” posted the park on Facebook.

The police contacted Saayman early one morning after they chased some suspicious men off of the property. The poachers dropped one of their backpacks. At first, the staff did not know that anything had occurred at the park until it was morning feeding time.

The person responsible for feeding the lions was met with a heartbreaking and horrific sight. Six dead lions and four butchered with missing body parts.

Distraught Saayman tells DailyMail, “It was cruel, inhumane and devastating. I don’t have words to describe how I feel. I am so sad. What we woke up to here was just dreadful. This was a senseless and heartless act by people who robbed us of six beautiful animals. To see these majestic lions so mutilated was just such a pitiful disgrace.”


Lions heads, teeth, claws, and paws are used in black magic rituals to perform spells. An unidentified traditional healer told DailyMail, “The lion body parts are used to make strong muti which is a witchcraft potion to cast spells. This can be used to protect a person from illness or to make them strong or virile. It can be used by a person to scare their enemies or protect them from attack or the potions can be made to make a person strong or respected or feared by others.”

The 1000 acre park is home to 38 species of monkeys and birds along with tigers and lions. The horrendous sight broke the heart of staff members who remembered the beloved lions. “It was the saddest day of my life.”

Saayman’s goal in establishing the park was to conserve and protect the animals. Her love for animals led to the park being awarded sanctuary and zoo status. “Just as we thought we were playing our part in the conservation and awareness and protection of these animals then you have people who come and do this to them.” 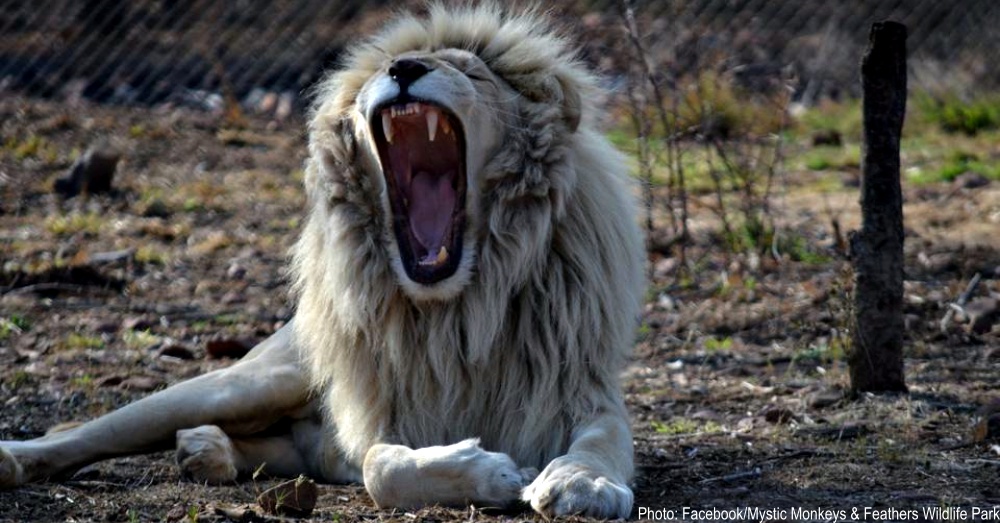 Police and security company, Hi-Risk Unit, are investigating and think it was an inside job. None of the fences were cut, and in the dropped backpack were clothes of a former employee. Since the brutal murders, that employee has disappeared. There are some leads that hopefully end in an arrest.

“None of the fences were cut and they bypassed the electric fences so I am convinced it is an inside job but our security company has a lot of information. It is just so sad and I keep asking myself why they have come here and done this,” states Saayman.