The Shoebill is one of the most interesting birds on the planet. I mean, for starters, shoebill is a pretty ridiculous name. But if you’ve ever seen their faces–with their shoe-shaped beaks, it’s actually super fitting. But that doesn’t make it any less weird. It just means they have pretty weird looking faces.

Look at this bird: 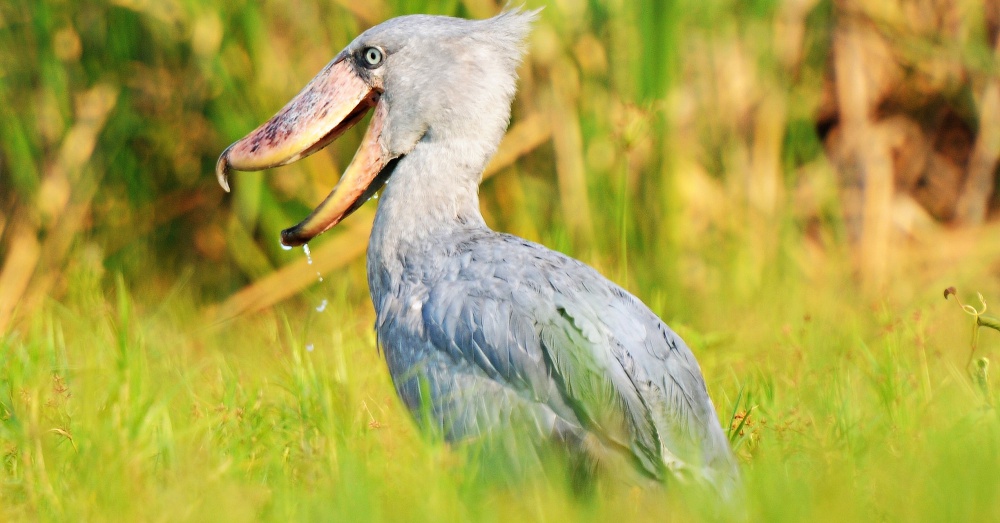 And well, even though they’re kind of strange looking, their strangeness is sort of endearing. Their odd looking beaks sort of make them look like they’ve got a really good sense of humor.

In fact, the beak of the shoebill is perhaps not their most distinguishing attribute. Instead, it just may be how completely intense they are! 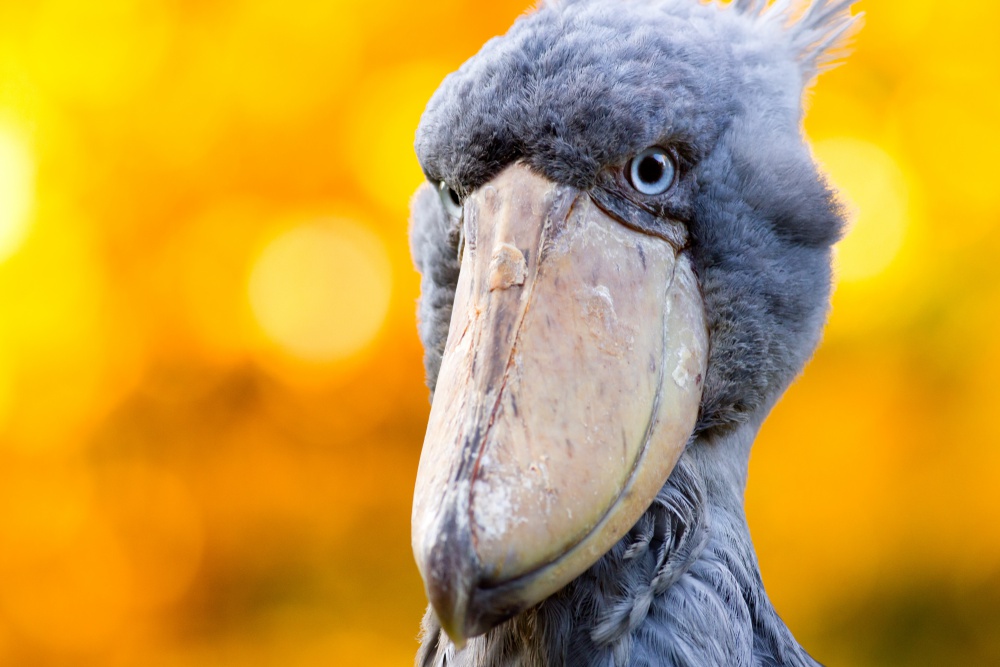 For starters, they’re solitary animals. In fact, they spend so little time with other shoebills as adults that they go incredibly long stretches of time without making a sound–something that makes their attempt at mimicking a statue while hunting a bit easier. Apparently, when these birds are hunting they’ll stand, motionless for hours, waiting for unsuspecting prey to wander into their path.

Which brings us to our next point: hese birds decapitate their prey using the cerated edges of that goofy-looking beak! Not so funny now, is it!? 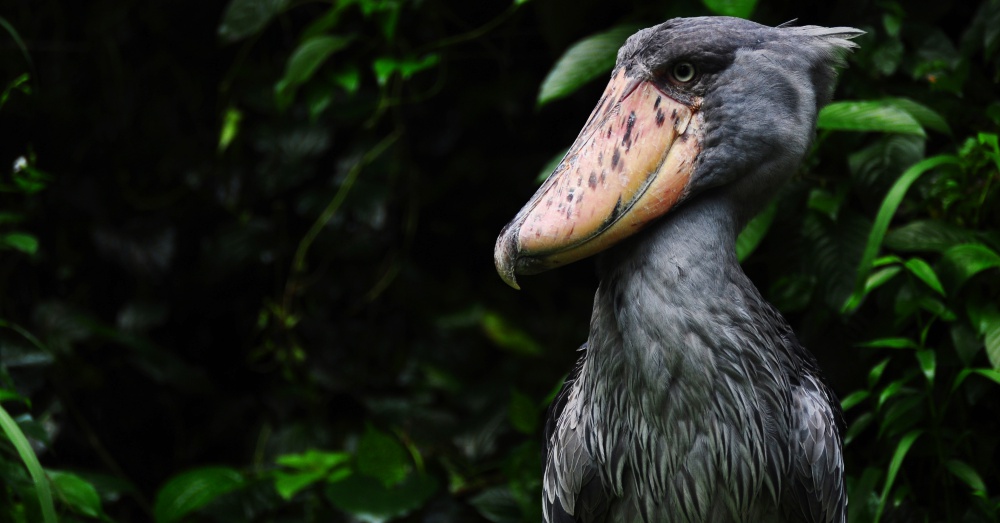 And that prey? Showebills have been known to eat eels and baby crocodiles!

The video below just may change your mind. These two newborn shoebill chicks take sibling rivalry to a whole new level. Watch as the older one stops at nothing to ensure his own survival!