Sharks have held a distinct place in our collective consciousness since we discovered them. An apex predator that has survived 4 mass extinction events, sharks have been around for 400 million years, and are one of the most vital parts of a healthy ecosystem.

While they may be one of the most resilient creatures on Earth, humans have proven to be better predators. The population of the large sharks, the apex predators that help keep the oceans ecosystem in check, have declined between 90-99%.

Read that last part again just to let it sink in a little bit. 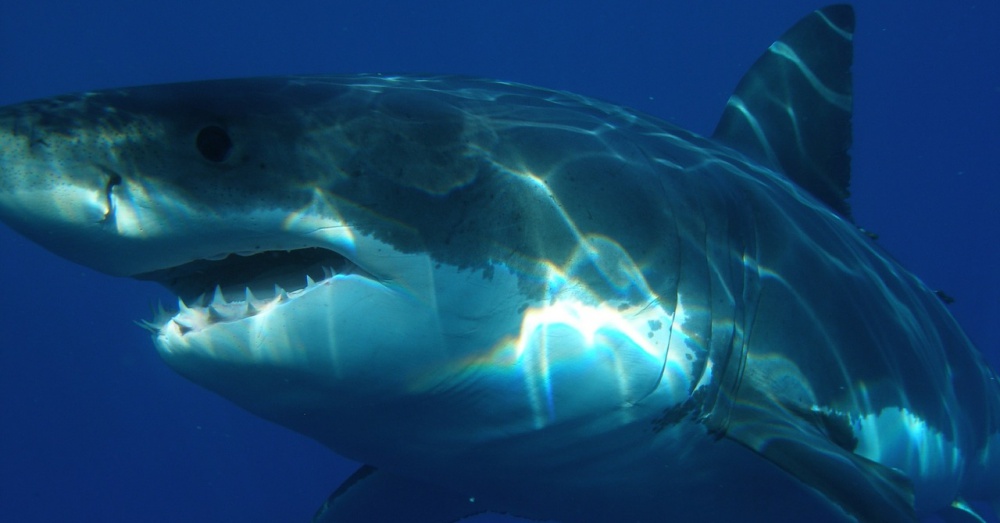 The effect of overfishing is staggering. In the 1980s, the collapse of the blacktip shark population lead to an overpopulation of cownose rays. The rays decimated scallops, clams, and oysters around North Carolina, and helped destroy a scallop fishery there. The subsequent lack of filter-feeding creatures allowed for an explosion of algae blooms, which caused even deeper issues. With the continual worldwide decline of shark populations, what happened in North Carolina will continue to happen around the globe, and likely in even more devastating ways.

It is no surprise that humans are responsible for the near genocidal decline of sharks, but the most unbelievable part is WHY we hunt sharks to near extinction. The reason is soup. Yes, soup. Shark fin soup, specifically. Shark finning, the process of removing the dorsal and pectoral fins and then throwing them back into the water to die, accounts for 73 million shark deaths a year. Despite the documented lack of flavor (shark fins are tasteless), lack of nutritional value, and potential health risks, shark fin soup is still a sought after delicacy in many parts of the world.

Worse, harvesting shark fins is a cruel and wasteful process. Those guilty of shark finning care only about profits. They can’t sell the shark meat, so they rip the fins off the living shark and throw the shark back into the water, where it sinks helplessly to the bottom and dies of suffocation. Even though 27 countries and the EU ban shark finning from their waters, there is no such restriction on international waters, and poachers don’t obey the law anyway.

Shark fins have been banned from many states, most recently Texas. Even China, where the soup was a cultural staple for the uber-wealthy, has cracked down somewhat on shark fin soup. A common dish at banquets and weddings, the Chinese government has banned the dish from being served at government functions. Major Asian airlines and hotels have also banned shark fin cargo and the appearance of the soup on their menus. Sadly, this has only put a small dent in the trade. Recently, a raid in the Ecuadorian port city of Manta yielded 200,000 shark fins, worth around 1.5 million dollars! The close proximity to the Galapagos Islands is deeply troubling considering the vital role sharks have in the ecosystem around the Islands.

Even if growing restrictions reduce demand for and availability of the soup, our shark populations are unlikely to recover any time soon. Sharks are very slow to reproduce, making hope of a resurgence in our lifetimes slim. With the infamous “Shark Week” bringing sharks to the forefront of the nation’s attention, it is the perfect time to stand up against the shark fin trade, and remind your friends and family that while “Shark Week” might be scary, to sharks, we are much more terrifying.

End Shark Finning Once And For All

Shark finning is an atrocious act that, despite a recent dip in popularity, continues to threaten dozens of species of endangered sharks in the name of shark fin soup, a traditionally aristocratic delicacy that has a newfound niche in China’s emerging middle class. Fishermen, responding to demand, catch the sharks, cut off their fins, and toss the less valuable “meat” (that is, the still-living creature they just mutilated) back into the water, where the shark will subsequently die from blood loss or suffocation

The Convention on International Trade in Endangered Species (CITES) treaty has been fighting to preserve sharks for decades, yet only offers protections for eight shark species, a mere fraction of those that are threatened with extinction from finning. Sign the petition asking CITES Secretary-General John E. Scanlon to ramp up efforts, and to expand the protective scope of CITES to include all threatened, vulnerable, endangered, and critically endangered sharks.