Man Saves Octopus And Gets Unexpected “Thank You”

It’s no secret that octopuses (octopi?) are incredibly intelligent. They have been known to perform almost human-level feats of intelligence and seem to be masters of problem-solving. There have even been cases where an octopus was able to escape a plastic jar by opening it from the inside. 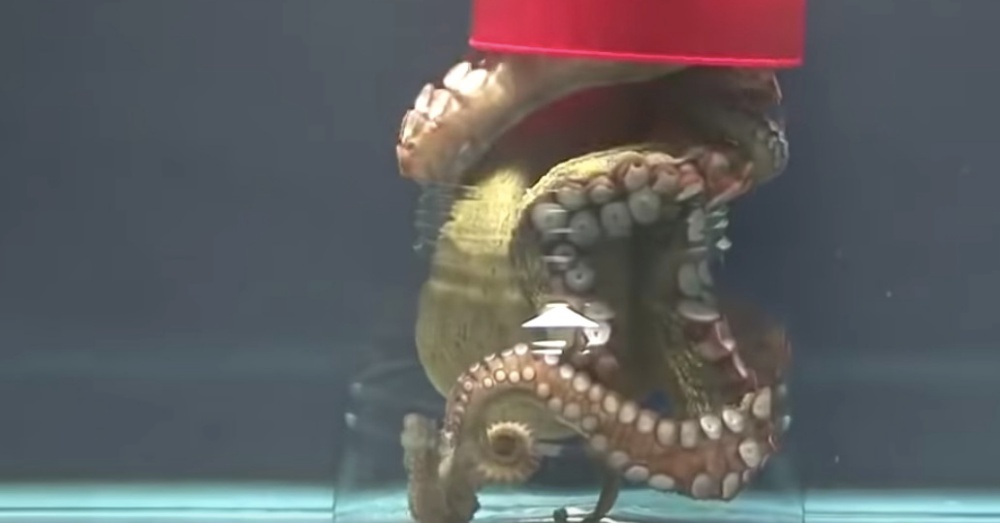 Somehow the little guy knows how to twist the lid and I don’t know about you, but that would be well outside the bounds of my ability. Hopefully, I will never have to escape from the inside of an underwater jar.

But would an octopus recognize if it’s being helped? 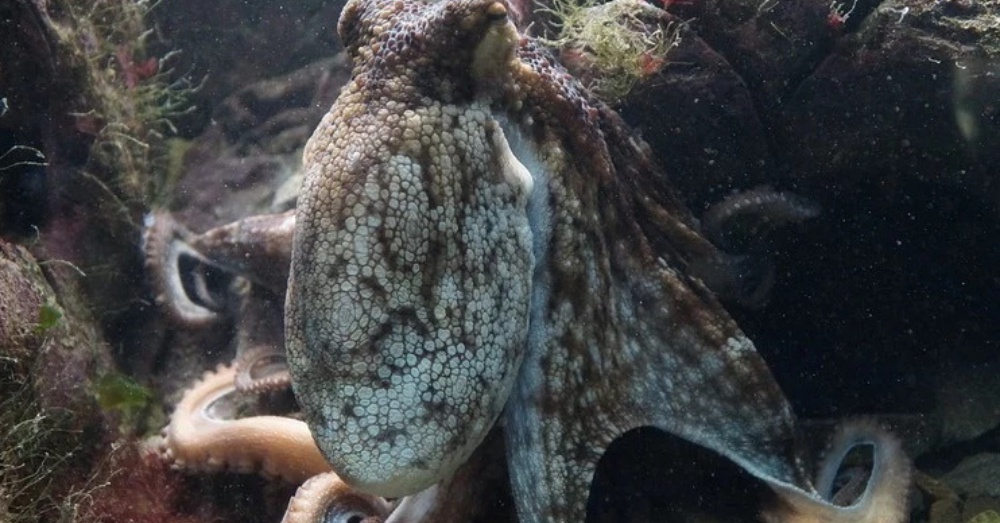 It turns out, it would!

This incredible video features one particularly smart (and grateful!) octopus who gets helped out in its time of need. When the tide went out, this adorable little tike was left high and dry. In the same way that I would be in trouble in an underwater jar, this smart guy was left in a spot of trouble without the water that he thrives in. 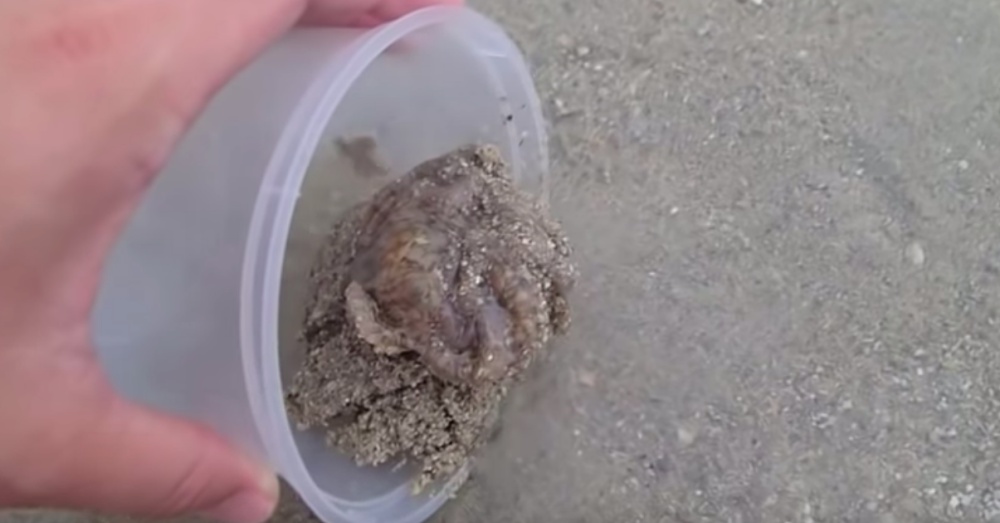 Until one helpful beachgoer came to its rescue!

Scooping our scuttling little friend up in a plastic container, he carries him back down to the water and gently releases him once again. Looking at him all unwell and covered in sand it’s hard to tell the octopus even is an octopus and not a lonely brain stranded on the sand. 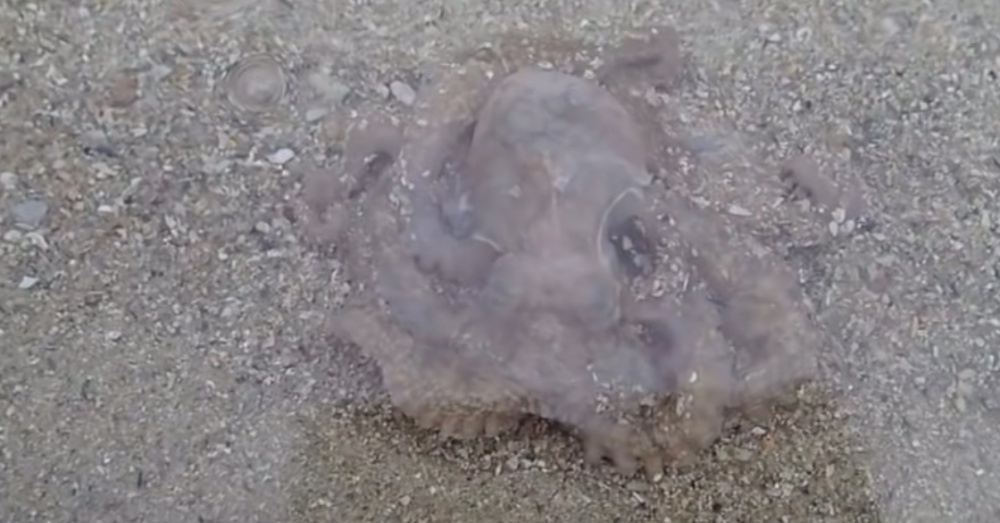 When he enters the water it still takes some time for our tentacled pal to revive.

It must have left him feeling pretty bad being dried out in the sand, and it takes a few minutes for him to even move. Take note of his color too, as he looks so pale and washed out. 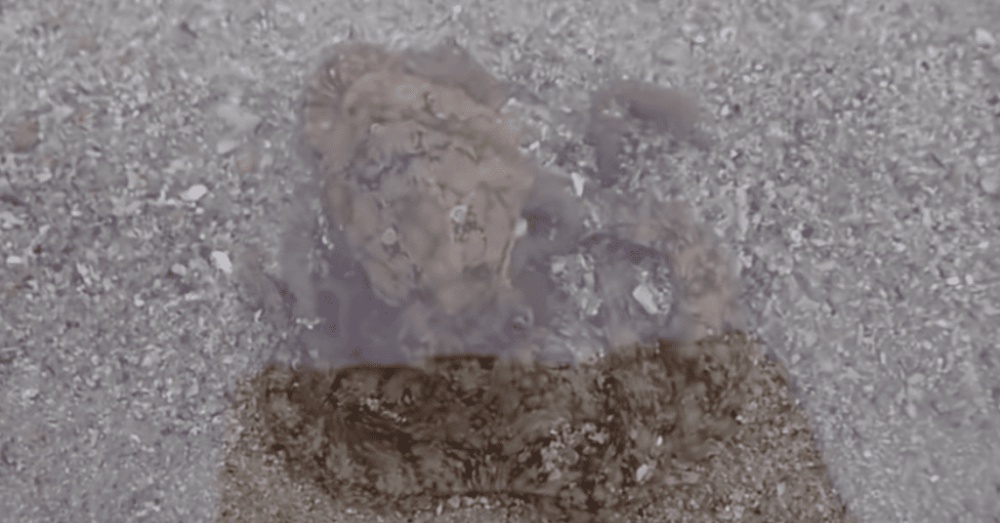 Now that’s a healthy-looking octopus! It begins slowly crawling bit by bit and stretching its tentacles out. It seems to be recovering well! But this octopus is not one to just swim away without saying thank you… 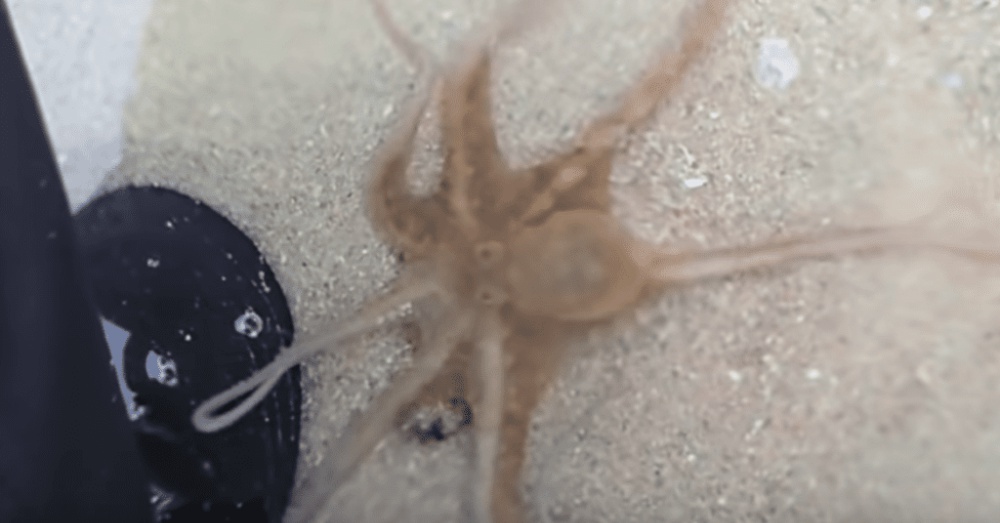 Slowly, it makes its way back to the bootie of its helper…

…and says thank you by reaching out a tentacle!

The octopus lingers with its tentacle on the swimming shoe like an old friend putting a hand on its buddy’s shoulder. 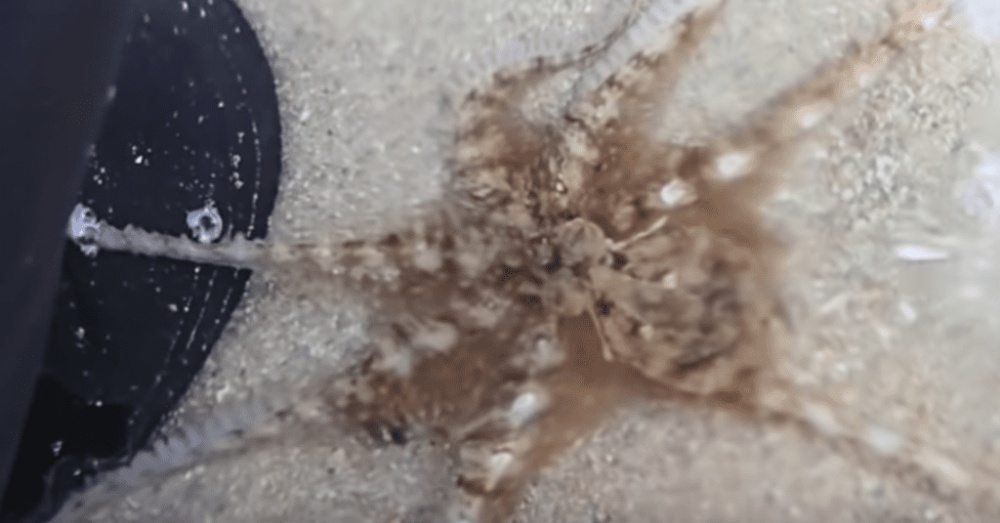 Once again our little 8-limbed friend regains its color and gains this dazzling camouflage pattern. It never ceases to amaze how complex these bizarre and interesting creatures are. They’re like cute little aliens in our own seas!

At least they have good manners, as this little dude shows! 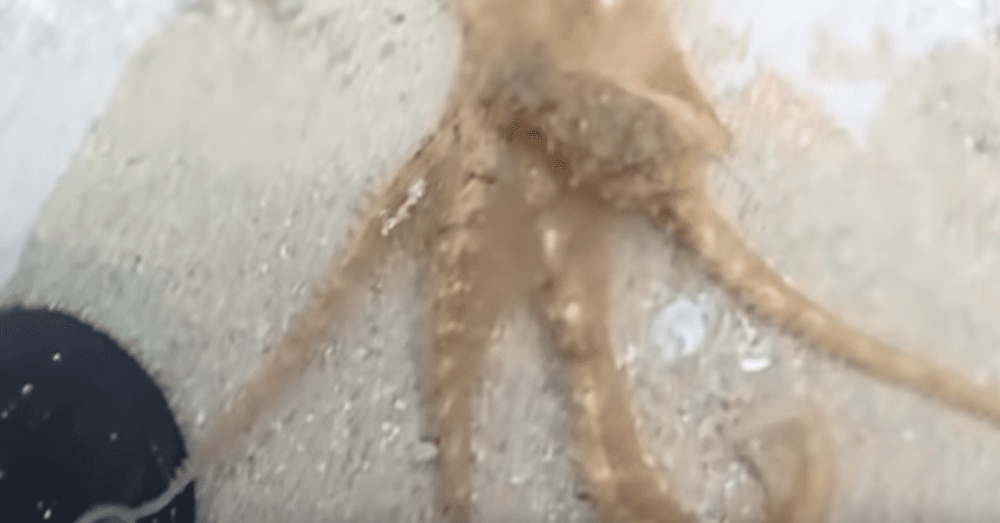 Have you ever seen such an adorable act of gratitude from an ocean-bound survivor? I know I haven’t! Clearly this is a sign that the wee octopus not only understands that it has been helped by this charitable person, but has the wherewithal to take a minute to reach out to him. If that’s not a sign of intelligence I don’t know what is.

Watch the full video below to witness this heart-warming aquatic gesture! Please SHARE this with your friends and family.

Couple Wears Matching Outfits With Their Turtle 20 Pound Tortoise: Click “Next” below!