When researchers were exploring in the deep waters off the western Australia coast, they found what they feel is the longest animal on record.

The deep-sea predator, known as a “siphonophore” was spotted by the research vessel for the Schmidt Ocean Institute (SOI). It seems as if the deep-sea predator is made up of many smaller clones that spread out as a single string in the water. Combined, it measured some 150 feet in length. 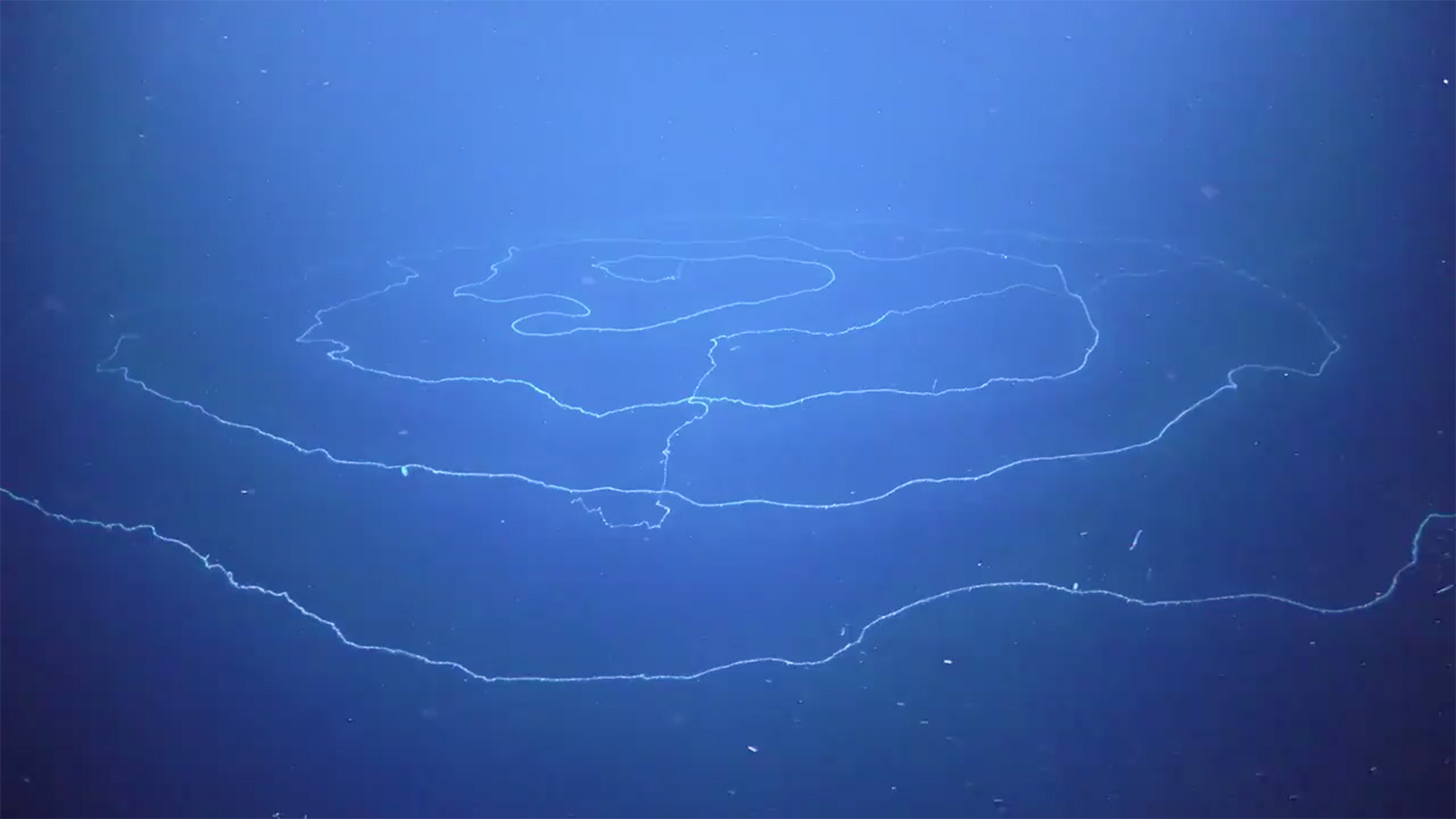 SOI reported the find on Twitter, saying: “it seems likely that this specimen is the largest ever recorded,” and also said it had a “strange UFO-like feeding posture.”

The Guardian reported that the expedition had found a number of other deep-sea animals that may not have yet been documented. It included an octopus squid, a long-tailed sea cucumber, glass sponges, and the first giant hydroids ever found in Australia.

One of the senior research scientists at the Western Australia Museum, Nerida Wilson, took the lead in the expedition. She told The Guardian that the siphonophore was found as the research vehicle was resurfacing after being at a depth of some 630 meters.

“Most scientists had drifted out of the control room,” Wilson said. “The word soon spread and people came pouring into the control room to share the excitement. It was just amazing to see this huge organism spread out like a spiral UFO, hovering in the water column. We couldn’t believe what we were seeing.”

The siphonophore discovery and other unidentified creatures were found in the Gascoyne Coast bioregion, a protected area.

“While it’s a protected area, we actually have no idea what lives there,” she said. “We really wanted to reveal the incredible biodiversity that is there.”

Although the discovery is exciting, Wilson said that it may take months or years to know for sure if this is a new discovery. “We were definitely looking for and expecting new species. Those waters were just too unexplored to not yield such treasures,” she said.