The saola, also known as the Asian Unicorn, is a critically endangered species, found only in the Annamite Mountain range that runs between Lao and Vietnam.

Resembling a cross between an antelope and goat, this mammal has a dark brown coat and white markings on its face. Long, straight horns are found on both males and females, and can grow up to 50 cm long. Adult saolas stand about 3 feet tall.

According to The Guardian, the saola was discovered in 1992 and have only been seen alive by scientists a handful of times since.

Saola are frequently killed by snares and traps set up in the mountains, Mongabay reports. They are also dying out because of their loss of habitat. As trees are cut down, the saola are pushed into smaller and smaller spaces, exposing them to further threats.

According to the saola Foundation, some of these snares are made from cheap, readily available bicycle brake cables, tied into wire nooses4. Hundreds of these snares are set up in the undergrowth, covering several miles stretching through the forest. These traps don’t discriminate, and will snare anything that steps on the trigger mechanism, tightening the wire around the animal’s foot or neck.

As The Guardian reports, snaring has reached almost every corner of the Annamite mountain range, where the potential for profits is high and risk of getting caught is low. Moreover, snares and poachers are difficult to locate, as poachers will often change their movements and setup to avoid detection. With few resources to employ, train, equip and manage ranger teams to keep up with poachers, law enforcement are outnumbered and nearly powerless against the threat

Consequently, the saola have steadily begun to disappear. To date, among the mammals and birds endemic to the Annamites, the saola is most threatened

According to the IUCN, the Government of the Lao People’s Democratic Republic (also known as Laos) announced in 2010 that villagers in the central province of Bolikhamxay captured a saola and brought it back to their village, the first confirmed record of the species since two photographs of wild saola were taken in Laos by automatic camera traps in 1999.

The species is considered Critically Endangered by the IUCN. No live saola has been detected since 2013, and only remains of an animal purportedly killed in 2016 have been seen since.

As the Independent reports, this species cannot survive in captivity, and only a few dozen are thought to remain alive in the wild.

Help us save the critically endangered saola. Click below to sign the petition and ask the Government of the Lao People’s Democratic Republic to work with conservation organizations in prohibiting the use of snares and traps in saola habitat.

Save The Critically Endangered Saola From Extinction 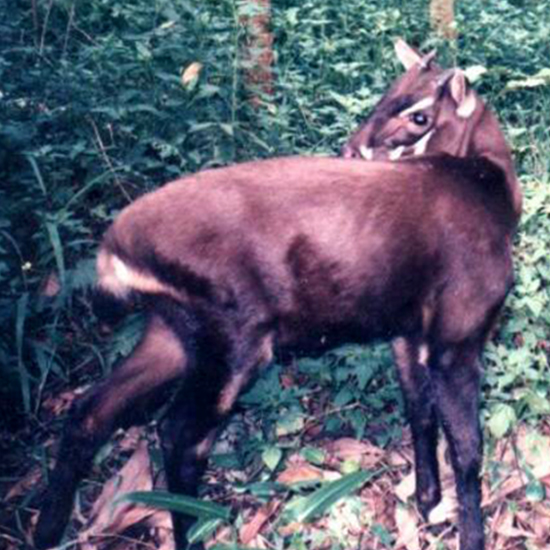 Saola are frequently killed by snares and traps set up in the mountains.

They are also dying out because of their loss of habitat. As trees are cut down, the saola are pushed into smaller and smaller spaces, exposing them to further threats.

Among the mammals and birds endemic to the Annamites, the saola is currently most threatened.

Sign and help us save the saola from extinction!