Allen Pursley was outside his house when he discovered a baby squirrel that had fallen from a tree. He was so little that he hadn’t even opened his eyes yet. Pursley’s husband, who works at a vet clinic, took the squirrel home to take care of until it could be released back into the wild.

Pursley never planned on keeping the squirrel, but he works from home and wound up spending all day, every day with the newborn. He hand-fed him milk, took great care of him, and eventually the squirrel was old enough to open his eyes. And when he did, the first thing he saw was Pursley.

Little did either of them know that this would be the beginning of a beautiful friendship. Pursley spent so much time with the squirrel, that he wound up converting their closet into a space for him.

He named the squirrel Rocky, but found himself calling him ‘Bad Squirrel’ a lot. Training him was tough, as he would constantly go on the countertops and drapes. Aside from Rocky and Bad Squirrel, Pursley also called him Squirellito, Sweet Squirrel, Squiggidy-Boo, just to name a few.

At this point, Pursley had waited too long to release Rocky back into the wild, and now he had become too used to humans and was too tame to survive in the wild. So, through this rescue and process, Pursley and Rocky both gained a best friend for life!

Pursley also lives with a couple of dogs and a cat, but tends to play a little too rough for them. He doesn’t allow anyone to handle him, not even Pursley’s husband. With Pursley, on the other hand, Rocky has the temperament of a cat.

Two years have passed since Pursley found Rocky as a newborn. Now, he’s all grown up, but his bond with Pursley has only grown stronger. Pursley is building him a home outside, hoping to give him some options, but for now, all Rocky wants to do is stay right by Pursley’s side…or on his head.

Love little Rocky? Click the “Next” button below to check out the story of Zip, another adorable squirrel that was found in a gardener’s bag of mulch. 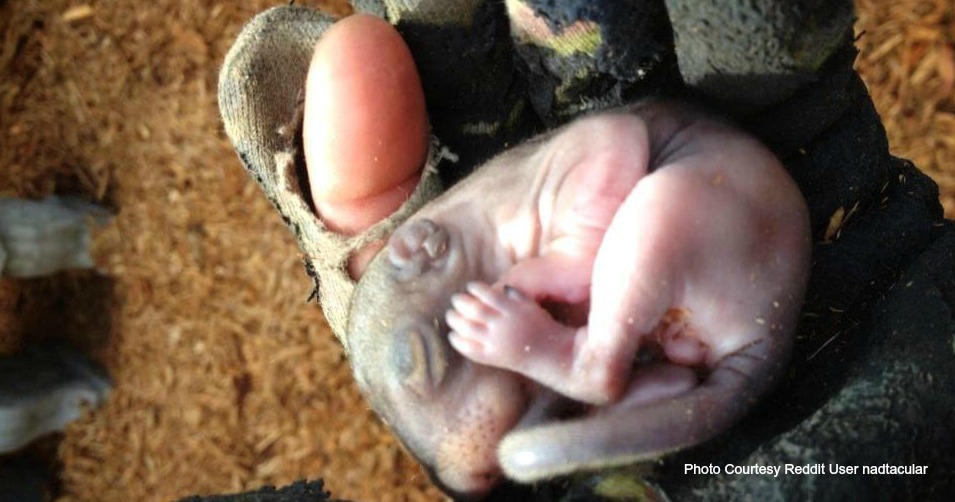