Imagine going on a nice, relaxing, ocean night dive off the coast of Bali, Indonesia. The water is warm and clear, the moon is lighting the sky, and then your diving light tracks across something walking along the ocean floor.

It could be anything: a crab, lobster, maybe even a large shrimp. But then you look a little closer and it’s actually a fish!

That is exactly what happened to Emeric Benhalassa, a French cook who just so happens to use some of his spare time diving. 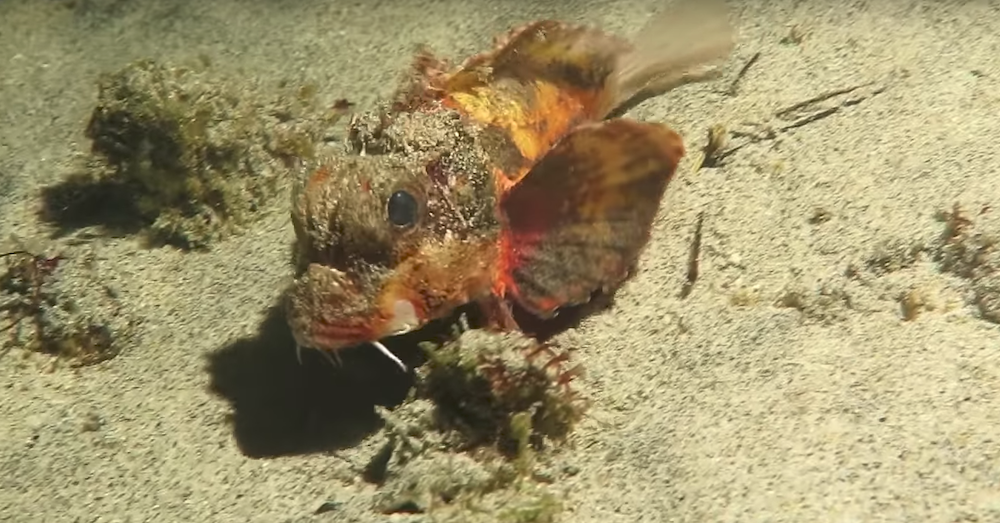 He judged the fish to be some species of stingfish, though he didn’t know exactly what kind.

“The stingfish came to meet me probably thanks to the light,” said Benhalassa. It was “bizarre and pretty … I thought that this could please the Internet.”

And while Benhalassa was certainly right with his assessment of the type of fish, many scientists are still heavily debating as to the specific species because none of them can really nail it down.

Jeff Williams, the collections manager and ichthyologist at the Smithsonian National Museum of Natural History, believes it to be a striped stingfish, while W. Leo Smith, an ichthyologist at the University of Kansas’s Biodiversity Institute, says something else entirely. 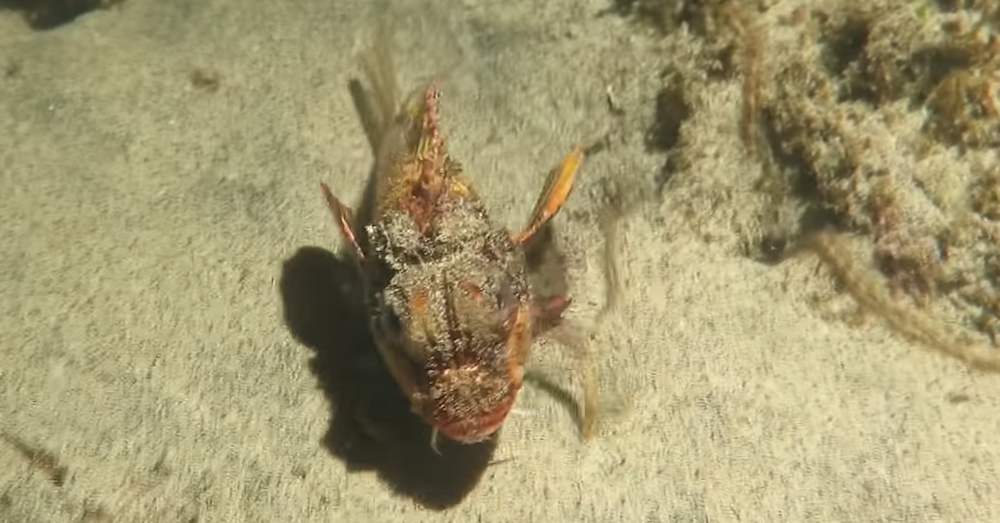 “I don’t think it is M. trachycephalus because M. trachycephalus has a tail with alternating dark and light stripes,” Smith said. Instead, he guesses the fish is a painted stinger, M. pictus, because it has “a pale tail, but is equally stubby and similarly colored.”

The difficult part in actually identifying specific stingfish species is the fact that there is still very little known about the animals. This is because stingfish bury themselves in the mud and sand at the bottom of the ocean, making them incredibly difficult to find.

Stingfish are also incredibly poisonous, thanks to special venom glands that are located at the bottom of their dorsal spines.

But then the real question comes into play when we ask, “why does it look like it’s walking around on the ocean floor?”

For stingfish, their pectoral fins have adapted over time to become less like fins and more like arms that are able to probe the ocean floor for food, making it look like they are using their fins (or arms) to propel themselves along the sand.

To see this incredibly rare fish in action, check out Benhalassa’s footage below!