Endangered, delisted, relisted, and hunted are all words that have become extremely common when talking about where wolves stand in the world. With how often individuals, governments, and scientists have looked into the lives and habitats of wolves, you would think humanity would know everything there is to know about them.

But wolves are some of the most adaptable animals on the planet, and now there are two more words to describe a new, rare species: seafood and swimming.

Off the Pacific coast of British Columbia lives a group of wolves that have been dubbed “sea wolves” because of their extremely rare adaptation of swimming between the small coastal islands and preferring to hunt for fish and other seafood.

“They Just Have This Magic Aura Around Them” 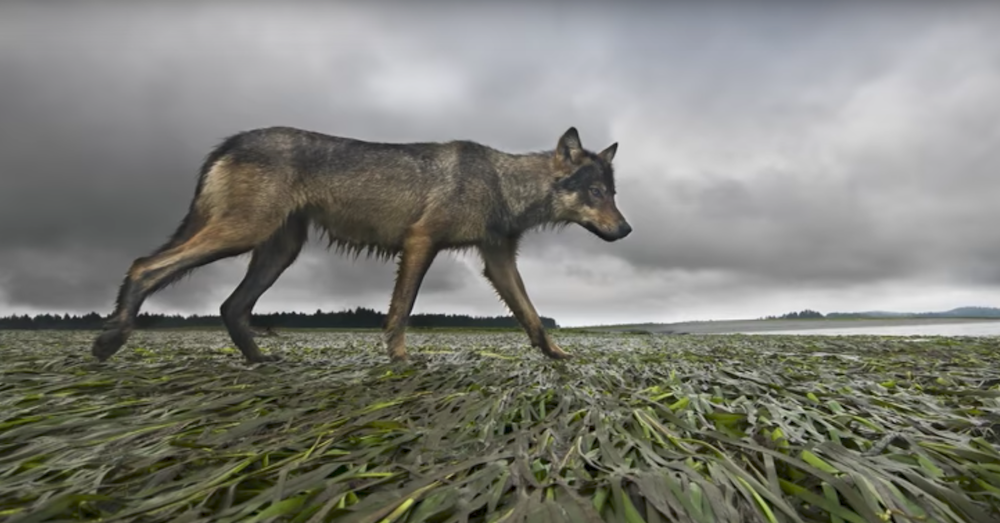 With such a low human population, the Pacific Canadian coast is home to a massively isolated wilderness—some 21-million acres of trees, water, and wildlife. All of which makes seeing a sea wolf, also known as a coastal wolf, so incredibly rare.

But when anyone is lucky enough to find one in the wild, it is a truly other-worldly experience.

“There is something about being in the presence of a coastal wolf—they just have this magic and aura around them,” said British filmmaker Bertie Gregory.

These wolves have actually gone so far as to become genetically different from other wolves, making them a truly unique species of wolf.

After decades of research, Chris Darimont, science director at the Raincoast Conservation Foundation, has discovered that there are actually two different kinds of coastal wolves.

They Swim Between The Small Islands Off The Canadian Coast 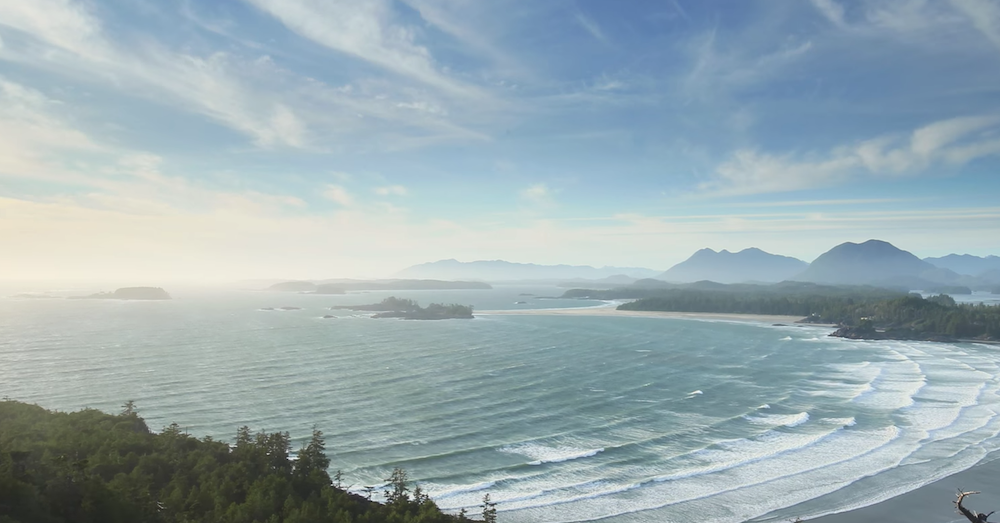 The first, mainland coastal wolves, tend to rely less on seafood and, as their name suggests, spend a lot of their time on the larger bodies of land. But they “are every bit as ‘coastal'” as their counterparts, according to Darimont.

The second type are referred to as island coastal wolves. These are the kind that Darimont spent most of his time chasing after, as they swim between the small islands off the Canadian coast.

Most wolves in the world typically hunt large prey like elk and deer, but the coastal wolves’ food interest lies almost completely on seafood.

Salmon and other common fish account for a large portion of the meals, but the wolves also have been seen foraging for barnacles and clams. They even go so far as hunting otters and scavenging whale carcasses. 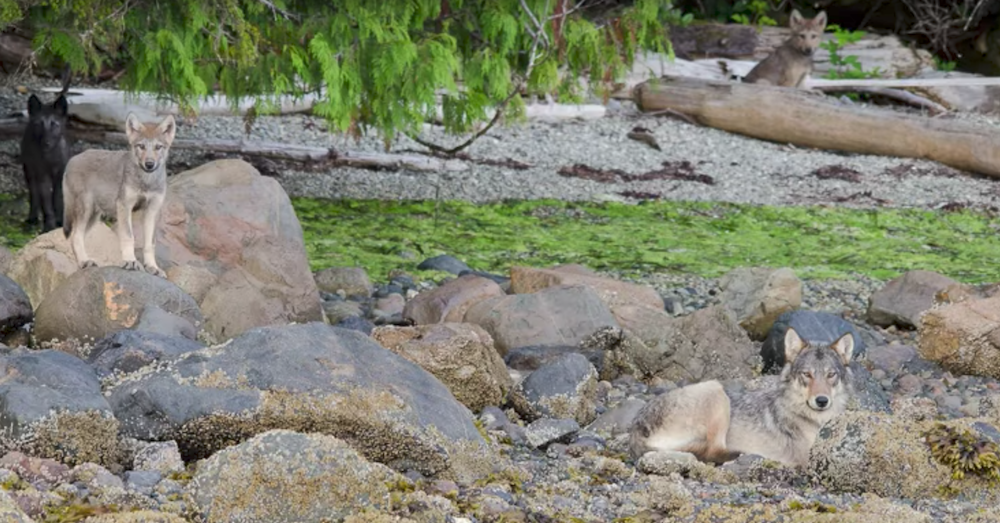 In order to catch their seafood, however, these wolves need to be incredibly proficient swimmers; and that is exactly how they have adapted. They can swim for miles at a time, their longest swim being recorded at more than seven miles.

Not only is their diet significantly different from inland wolves, but they are also quite different in size. While wolves who make their home in more mountainous and wooded areas tend to be around the size of a Great Pyrenees dog (about 115 pounds), the coastal wolves are more in line with a German Shepherd (around 75-80 pounds).

These incredibly rare wolves have made their homes far from the effects of humankind by learning to live in conditions and areas that would be extremely difficult for modern society, and that is all the more reason for us to help keep them safe.

To learn more about this incredible animal, check out the video below!