An Extremely Rare Albino Mammal Has Been Caught On Camera

For both animals and humans alike, albinism is a genetic mutation that happens only on very rare occasions. But in the case of animals, it can happen to basically any species on the planet and most people have either heard of or seen at least one albino animal.

The mutation itself is caused by their cells being unable to produce melanin, meaning that these creatures are unable to produce a dark color pigment that would normally give them the usual colors of their species. Instead, the animals appear white or pink on all or parts of their bodies.

Animals can either be pure albinos or partial albinos. In pure albino creatures, their nails, eyes, scales, and skin all appear pink because of the blood vessels showing through the skin. Since their skin has no dark pigment, it leaves them looking almost on the verge of transparent. 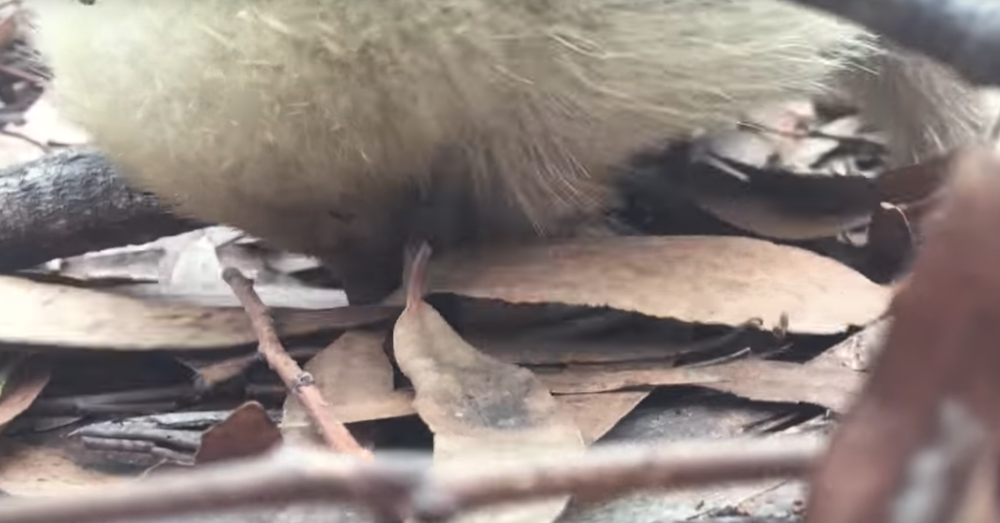 Partial albino animals usually have most of their normal species’ coloring but with patches of white somewhere on their body.

But not every single animal that has white on it means that it is an albino. The trust test to see whether or not an animal contains the trait is whether or not it has pink eyes.

Some animals, like the echidna, are already pretty rare, or at the very least extremely localized into a small part of the world. These crazy-looking creatures are like someone bred an anteater and a hedgehog together. 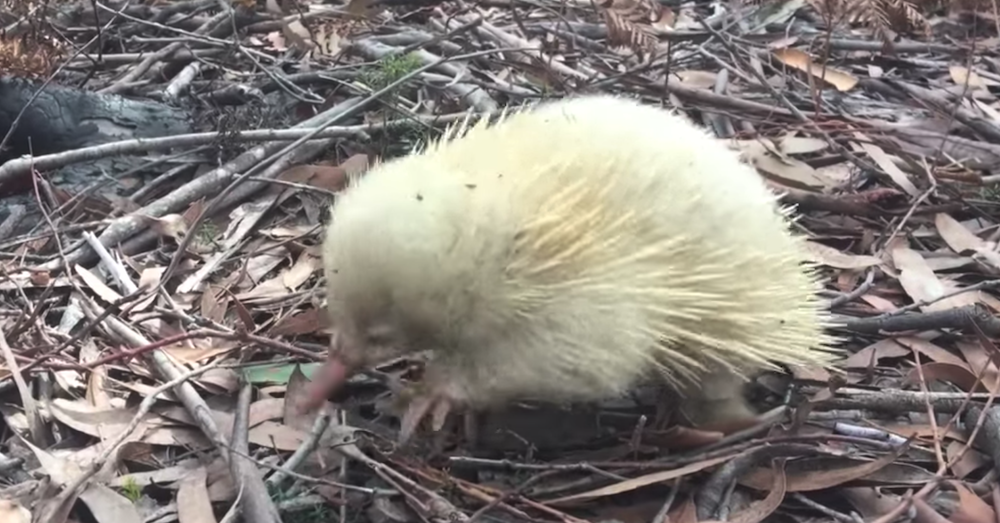 Echidnas are also the only mammals on the entire planet that lay eggs, making the already unique-looking creatures even more bizarre. They also have the lowest internal body temperature of any other mammal, at 89 degrees Fahrenheit.

These small animals are native to Australia, Tasmania, and New Guinea and spend almost all of their time alone.

And now, one of the world’s strangest creatures has gotten even stranger because someone has managed to find an albino echidna and capture it on film!