We sometimes hear about people being strange bedfellows. I’m sure that most of us have seen just how much opposites can attract, but it seems to go beyond humanity. Even animals are sometimes attracted to each other when they don’t seem to have anything in common.

Perhaps that is clearly seen with Ruuxa the cheetah and his best friend, Raina, the Rhodesian ridgeback. When Ruuxa went in for surgery on his front legs after they were growing abnormally, Raina did not want to be very far away. The ridgeback puppy waited in the surgery room at the San Diego Zoo Safari Park until he knew that his friend was okay. 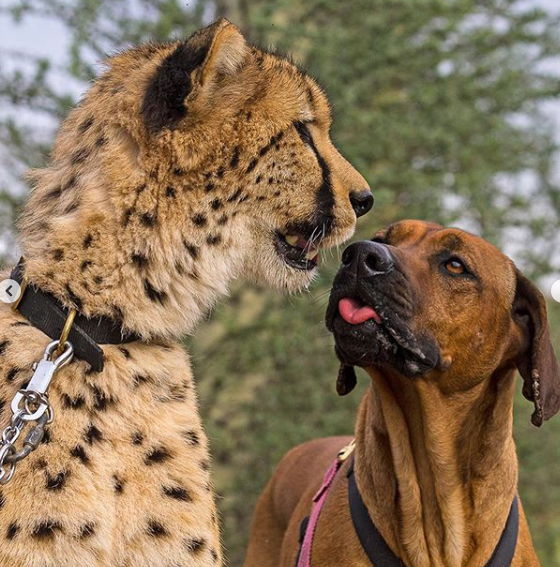 After Ruuxa woke up, Raina was there to say hello.

According to Suggested Post, the animal training manager at the Safari Park, Susie Ekard said: “Raina appeared very concerned about Ruuxa when she saw he was sleeping and she couldn’t wake him. She licked him and nuzzled him, and when he awoke, she lay with him and seemed very content to know her cheetah was okay.”

The two remained close companions for 6 years until Raina passed away from a tumor a few months ago.

The zoo wrote, “Raina supported Ruuxa as he learned to run again after corrective surgery on his legs. Ruuxa returned the favor as Raina successfully battled an aggressive tumor and thrived for many years.” 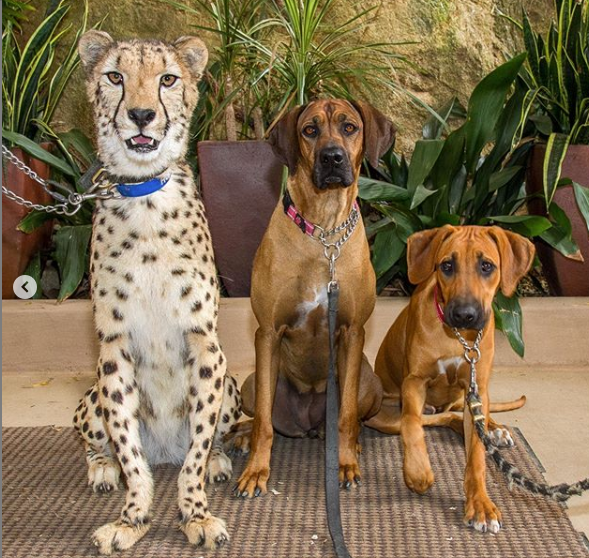 What a beautiful bond shared between such unlikely friends.