When you first see a puss caterpillar, you might think that they are cute but get too close and they may just cause more problems than you thought possible.

According to a report from USA Today, the venomous creature, known as the southern flannel moss caterpillar has been seen in Florida, Texas and South Carolina. There are venomous spines located under the soft coat that will break off of the caterpillar and embed themselves in your skin. Once that happens, you can expect a bruise in the area, known as a hematoma and a lot of pain.

David Wagner is an entomologist at the University of Connecticut. He talks about the dangerous nature of this caterpillar because as time goes by, the sting becomes even more pronounced. “It builds for a long time in a frightening way. No one expects stings to gain in impact or discomfort, and these will,” he told USA Today. “It packs quite a wallop.” 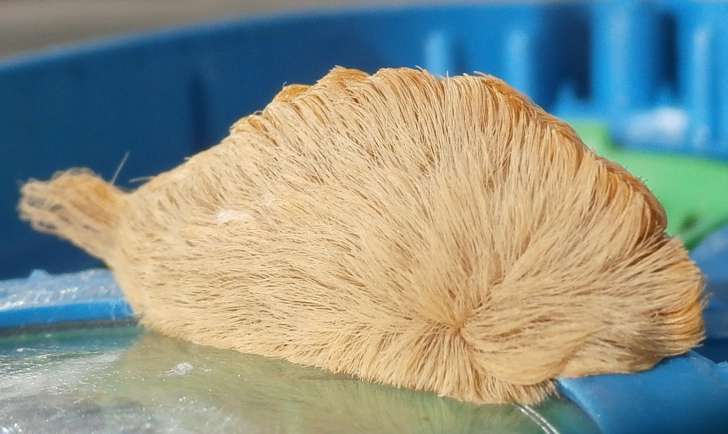 One person who was stung in Dade County, Florida said that even morphine given to her at the hospital did not take away the pain. “It felt like someone was drilling into my bones,” she wrote in a Facebook post. “I cried and pleaded with God for hours to make it stop.”

If you do happen to get one of these caterpillars on you, don’t simply swat it away or try to brush it off. More than likely, you will end up with some of the spines in your skin if you do so. The best option is to calmly and carefully have somebody use a twig to gently remove the insect. Go inside, take off your clothes and get a shower to avoid accidental exposure to any spines that may be leftover.