Bright beaked and barrel chested puffins are always fun to watch. Along with starring in the leading role in a children’s television program and as the mascot of a tasty breakfast cereal, they’re also incredibly smart.

As evidenced by two separate incidents of the birds using tools to scratch themselves, Puffins are in fact much smarter than researchers previously believed.

“Seabirds’ physical cognition may have been underestimated,” a team of animal experts wrote in the journal Proceedings of the National Academy of Sciences. 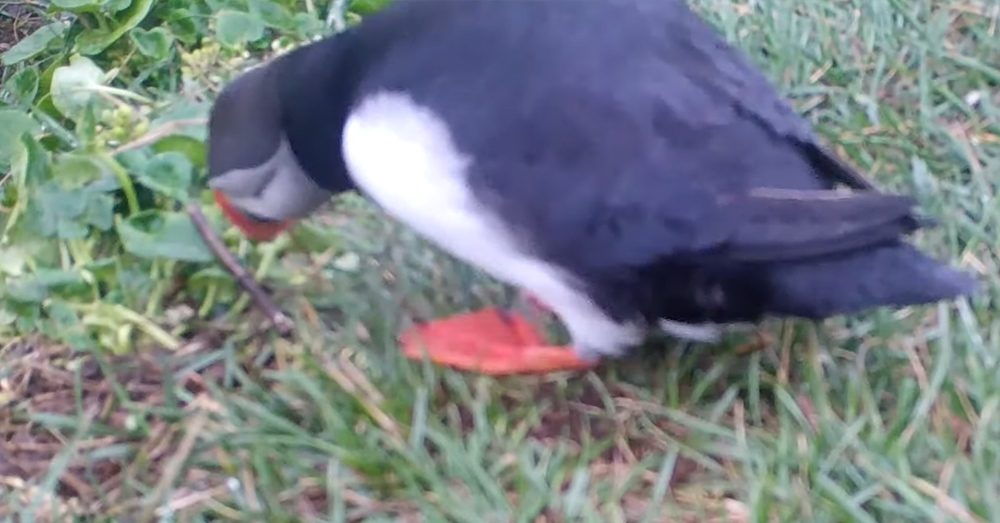 The researchers observed the behavior in footage of Atlantic Puffins captured at sites in Wales and on an island near Iceland, more than 1,000 miles apart. According to study author Annette Fayet, this signifies cognitive abilities in Puffins beyond what birds were thought capable of, and could mean that other avian species are likewise able to use tools.

It is not unusual for puffins to be picking up sticks, though they typically prefer softer materials like feathers and grass to build their nests, CNN reports. But it’s also clear from the study that the sticks are not used just for nests. In the video, a puffin can be seen picking up both sticks and grass. It puts down the grass opting for a small stick, uses the stick to scratch its chest, perhaps to remove a seabird tick, then puts the stick down, picks up the grass, and carries on its way. 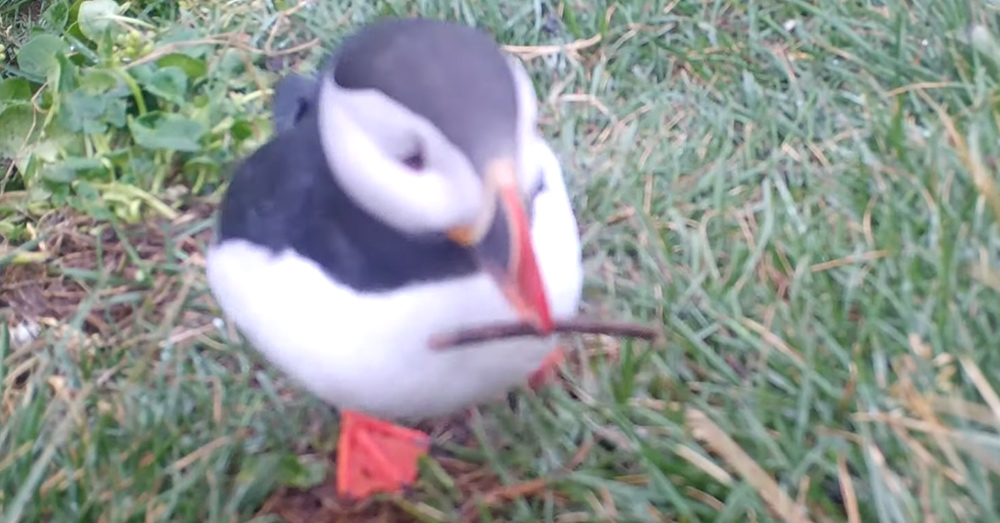 Source: YouTube/The Telegraph
Puffins use soft materials like feathers and grass in their nests.

Captive parrots have also been observed using sticks to scratch themselves. According to Animal Tool Behavior: The Use and Manufacture of Tools by Animals, by Robert W. Shumaker, Kristina R. Walkup, Benjamin, African grey parrots have been observed using “twigs, a feather, a bone, spoons, wire, wood splinters, keys, matchsticks, and prices of biscuit and bread” to scratch themselves. Primates, especially chimpanzees, have been seen using sticks to groom themselves or find food.

The authors of the study now hope to continue their research, looking at the use of such tools in other birds. 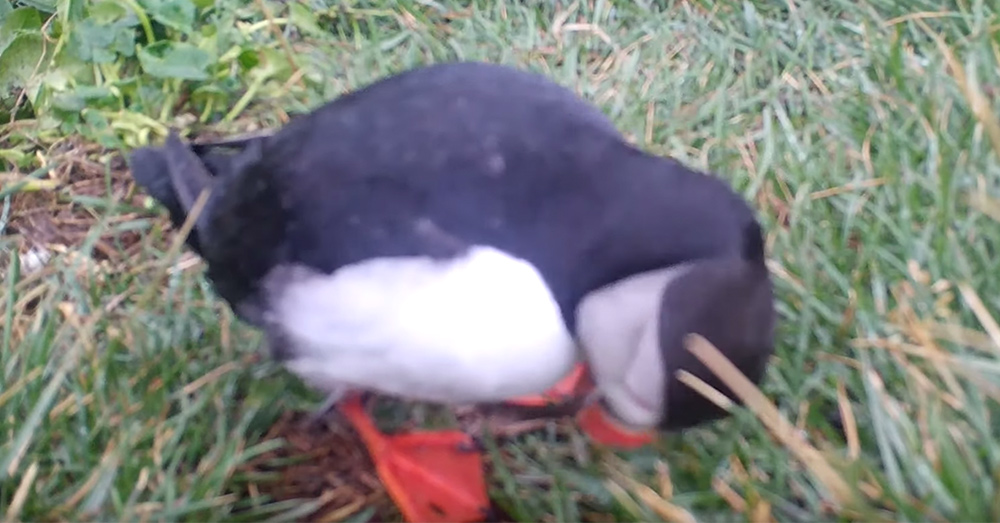 Source: YouTube/The Telegraph
The puffin scratches its chest with the stick.

“Our observations alone cannot solve the puzzle of the evolution of animal tool use,” Fayet told CNN. “Many more species may also be using tools, but we simply haven’t observed them yet.”

See the puffin in action in the video below.

7 Reasons To Be Proud Of Wildlife Conservation Efforts In 2019: Click “Next” below!