The jaguar population in Northern Sonora, Mexico, has been dwindling for decades. For years they have been hunted in retaliation for killing livestock, or killed indirectly through habitat destruction.

Making matters worse, a distemper virus decimated the native peccary population in 2011, the jaguars’ main source of food. With nothing to eat and their hunting grounds being converted to farmland, the big cats have been pushed close to extinction.

But today there is hope.

This endangered population is being defended by big cat experts and volunteers working with Project Wildcat, an important conservation group in the region. They have a big responsibility, too. The cats they are studying are the last hope for the species’ reintroduction into the US.

In 2015 GreaterGood.org began Project Wildcat to protect predators in the lower Río Bavispe south of Granados, Sonora. The group has been documenting and monitoring the wildlife, especially jaguars and ocelots, using strategically placed trail cameras. The cameras are providing valuable data on the mammals for the Madrean Discovery Expeditions database. 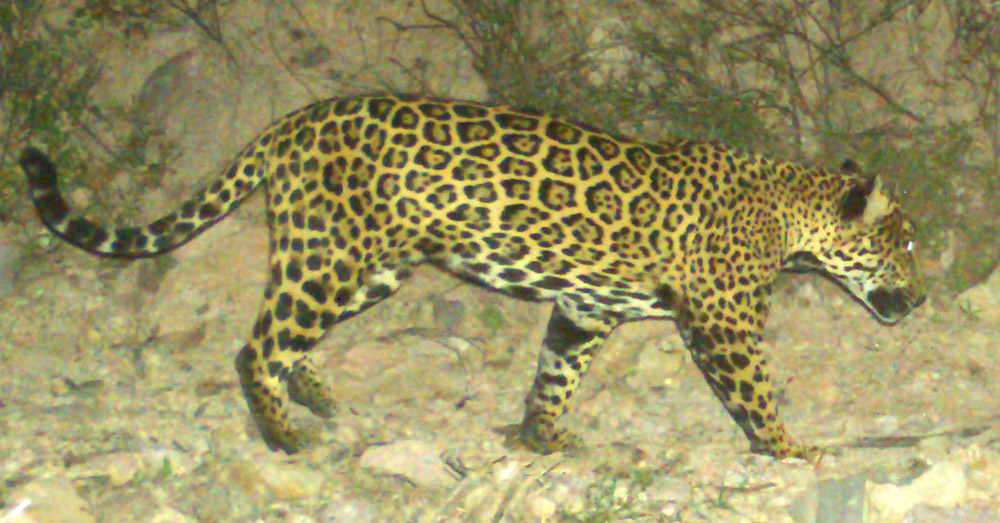 “The first step in conservation is the observing, studying and recording of a region’s flora and fauna,” says Brooke Nowak, Director of People and Planet Programs for GreaterGood.org. “We do this through the expeditions as well as the cameras. The cameras allow us to study and record wildlife in their natural settings and they allow us to document the habits of secretive and nocturnal mammals. All of this is done in high priority areas that are very biologically diverse and are at risk.”

Due to a decrease of inhabitable land, jaguars, ocelots, and other predators have resorted to attacking and eating local livestock to survive. Over the past three years, 8% of Sonora’s jaguar population have been killed by ranchers who felt threatened by the natural predators. At this rate, the Northern Sonora jaguar population could be wiped out in just a few decades.

Images like the following of Luisa are providing hope for the future of this critical species. 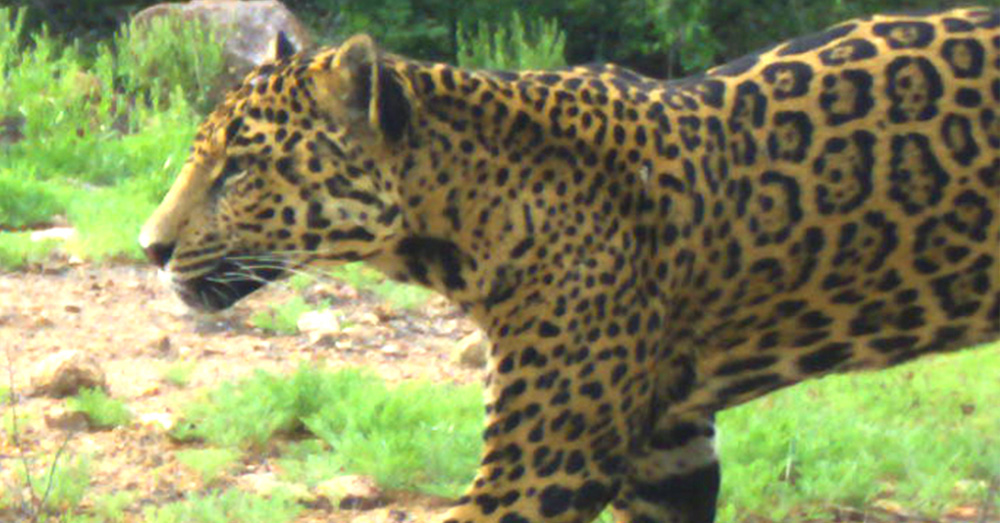 Source: Project Wildcat
Luisa is one of the remaining jaguars in the Northern Sonora region of Mexico. 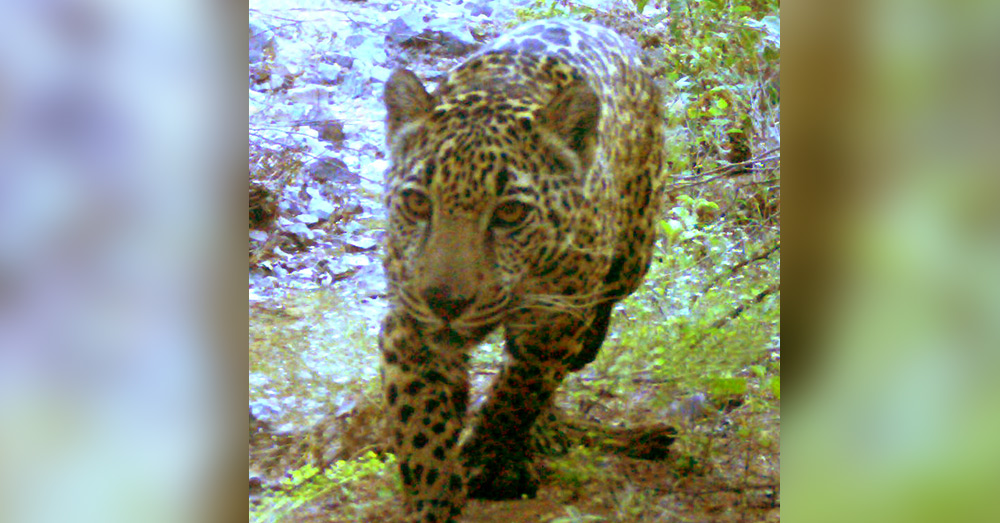 In order to save these majestic cats, GreaterGood.com is working with Primero Conservation to double the size of their 35,000-acre wildlife corridor strategically located just north of the existing Northern Jaguar Reserve in Sonora.

“We are working with the landowners of six connected and contiguous ranches who are agreeing to refrain from killing jaguars and other predators in exchange for training, supplies, and equipment to protect their cattle,” Nowak says. 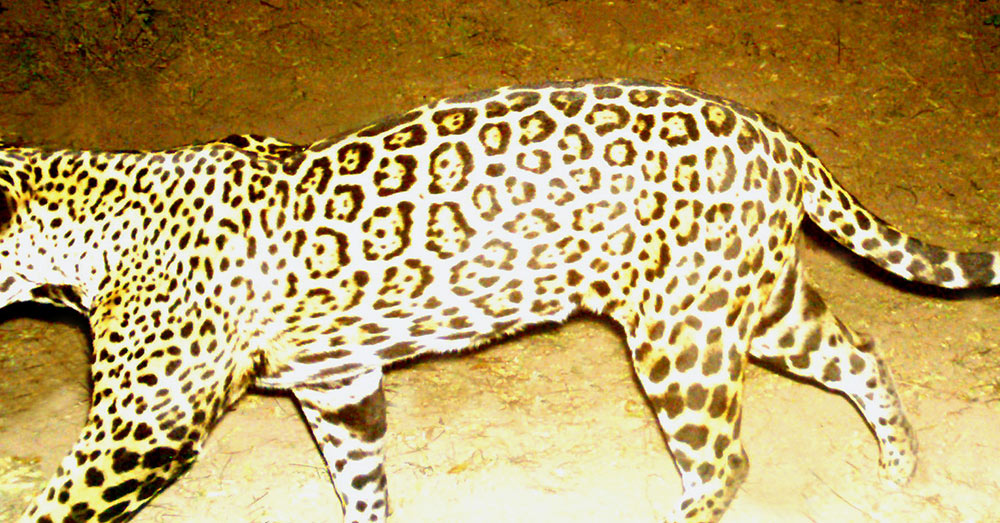 Project Wildcat has also launched efforts to start restoring the natural flora that has been decimated by decades of cattle grazing. Now that many of the ranches have implemented the synchronized breeding program, the cattle are not able to roam freely and graze on the natural vegetation.

Thanks to the generosity of GreaterGood.com, Project Wildcat just completed the planting of 1,000 tree saplings to help restore the riparian habitats of Sonora. The saplings were a mix of cottonwoods and willow trees, both indigenous to the region, and are being planted in areas once affected by grazing cattle.

This ecosystem is the source or headwaters for the River Yaqui, a critical resource in the Sonora region. Waters from the Yaqui are drawn to irrigate 45% of all the wheat in Mexico. 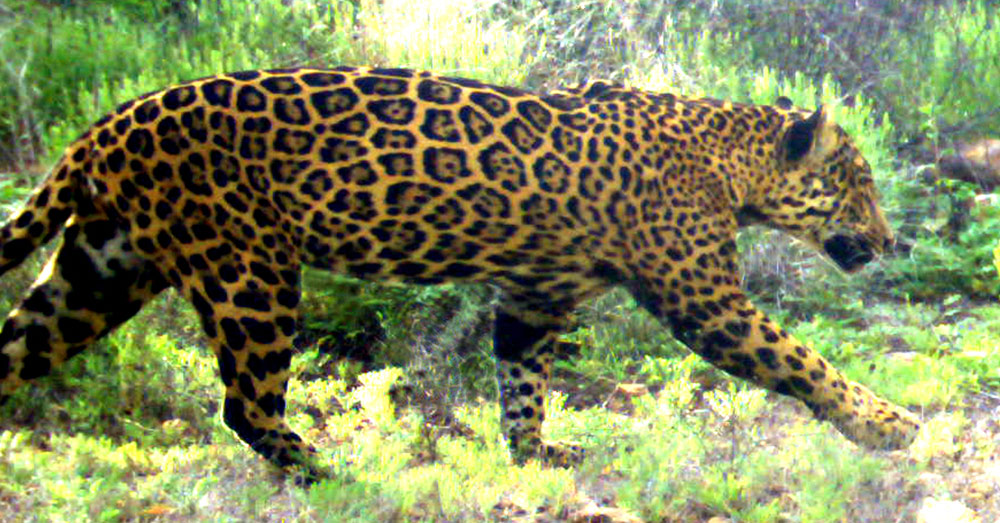 Source: Project Wildcat
Big cats like Luisa have a future thanks to the help of your donations.

Project Wildcat is saving these beautiful cats for the future, but the team still needs your help to keep this work going. Your donation will help us offset cattle deaths so ranchers can no longer justify killing jaguars and other predators like mountain lions, ocelots, and bears.

With help from people like you, we can make sure these cats survive.

The Sonoran jaguar population could be wiped out in just a few decades if action is not taken. We need your help to make sure that doesn’t happen.
Help create a 35,000 acre wildlife corridor for jaguars, ocelots, mountain lions, and more.

Trump’s Changes To This Environmental Law Only Pushes More Pollution Onto Minority Communities: Click “Next” below!