Wildfires are plaguing countries and states all over the world recently, and with so much dry weather happening globally, it is becoming increasingly difficult to put them out, let alone contain them.

California has been suffering multiple fires at a time in recent months, the Pacific Northwest had a massive fire started by a single teenager throwing firecrackers into a valley, and now Portugal is having its own wildfire issues, as well.

Firefighters everywhere are on high alert and are often required to work exceptional hours to try and battle these quickly spreading blazes; because without their efforts, many more people would likely find themselves without homes. 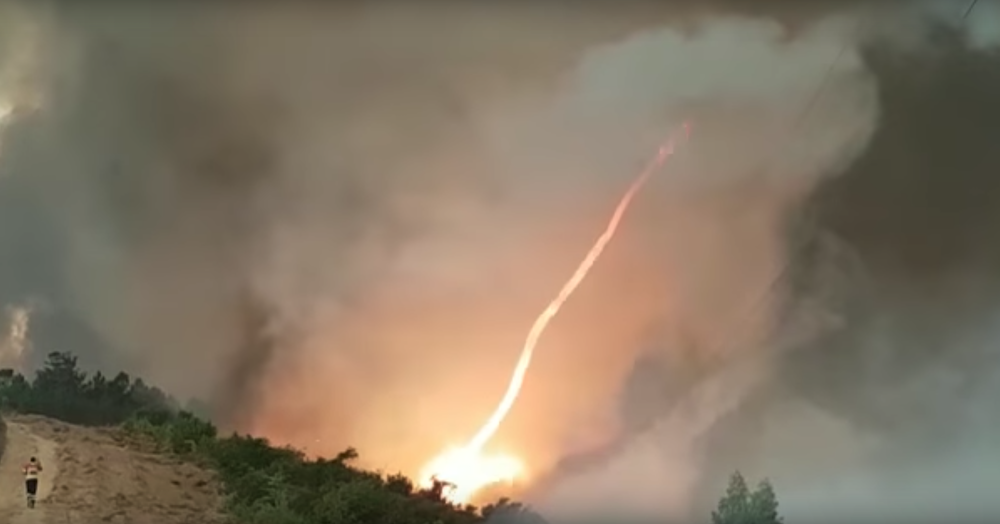 And now, footage has surfaced from Portugal where a team of firefighters stumbled across an incredibly scary natural phenomenon: a fire tornado.

When the intense heat of a strongly burning wildfire rises into the air and combines with already unstable wind conditions, a tornado-like pocket of air begins to form, creating a swirling effect that sucks in burning debris and combustible gasses.

These air swirls are often referred to as fire tornados but in reality are closer to a dust devil than a true tornado since they don’t go from the ground all the way up into the cloud base. But even though they aren’t real tornados, when they are combined with fire, they become incredibly dangerous. 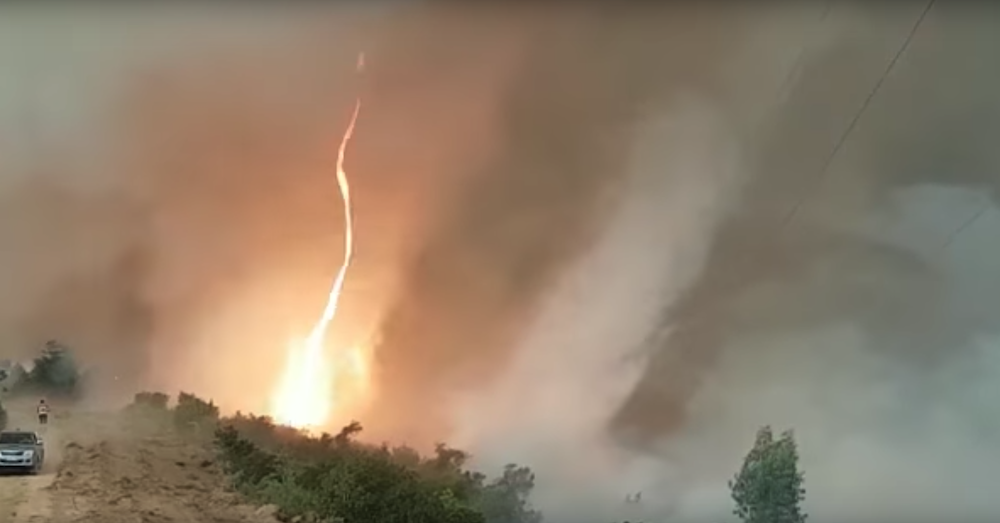 With the high-wind conditions that are usually present in strong wildfires, these fire tornados can bring flames high into the air and spread the already raging fire even further.

True fire tornados are actually the most dangerous thing that can happen during a quickly-spreading fire because of how much debris and fuel for the fire can be spread in a very short time.

So when a group of Portuguese fireman stumbled across one such event recently, all they could do was stop and film what was going on because it was far too dangerous for them to make an attempt at approaching.

Check out the amazing footage below!