Captured in the wild. Forced from their habitats into cramped enclosures. Trained to fight in a deadly blood sport.

Studies conducted at the Saffron City’s Silph Company have found that removing Pokémon from their habitats disrupts food chains and shatters delicate ecosystems. As insatiable trainers hunt for new and more powerful Pokémon to add to their collections, captured apex predators like Arcaines, Primeapes, and Alakazams are leaving prey species to multiply unchecked. Trainers have taken to social media to note the overwhelming presence of weak, unpopular Pokémon like Rattatas, Zubats, and Pidgeys crossing their paths, much to their irritation and disgust.

when i use an incense and a bunch of rattata show up #PokemonGO pic.twitter.com/LN2tr5yTH7

Basically a perfect representation of how we all imagined Zubat #pokemongo pic.twitter.com/jDc2Yy36G4

But just like the rare and beautiful species, these common Pokémon are essential to maintaining balance in Pokémon populations. And they too are being removed from the ecosystem at an alarming, unprecedented rate as trainers claim they “gotta catch ’em all.”

Pokémon have lived alongside us for over two decades, but recent advances in capturing technology has caused this once obscure blood sport’s popularity to rise astronomically in recent days.

My parents are now playing PokémonGo. This is out of control. pic.twitter.com/dMdyo8OeR3

Indeed, Lauren, you are among a quickly diminishing population who has yet to succumb to the lure of capturing Pokémon and the false promise of glory from gym battles. Visit any public park, walk down any city street, and you’ll find aspiring trainers hunting Pokémon.

not even exaggerating when i say 95% of these people at major’s hill park are playing pokemon go right now pic.twitter.com/PAsH6XCs80

But make no mistake, behind their cute visages and powerful moves lies a sinister truth. New, ignorant trainers questing to become the very best, like no one ever was, are causing untold devastation on the Poké environment.

What if there is a limited number of pokemon in Pokemon Go and you monsters are just depleting the natural environment?

Trainers, we implore you, put down your Poké Balls! Pokémon are wild animals. They are not for entertainment. They are not warriors to feed your egos. They are not commodities to be traded. Those who truly love Pokémon know there’s no comparison for a Pokémon left free in its wild habitat! 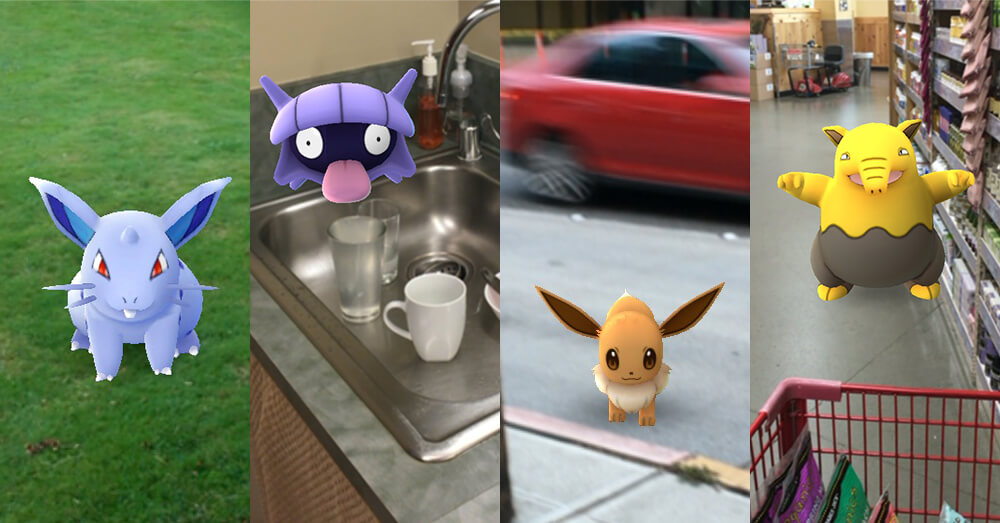 Although Pokémon are, in fact, just digital creatures and loads of fun to catch and train, there are real life Pokémon, wild animals, that suffer from humanity’s desire to “catch ’em all.” Poachers take wild animals out of their habitats and sell their body parts on the black market, treating magnificent creatures like elephants, lions, and rhinoceroses as commodities. Trophy hunters kill these same animals and make prizes of the animal’s remains to inflate their microscopic egos.

As you’re out there catching and training on your way to becoming a true Pokémon Master, please don’t forget about the many amazing, imperiled species with whom we must share planet Earth.

Speak Out Against Trophy Hunting!

Every year, hundreds of thousands of wild animals are killed solely to create “trophies” of their bodies to hang on a wall or pose in a living room. he Safari Club International (SCI) is a disreputable trophy hunting organization responsible for encouraging, aiding and abetting much of this wholesale slaughter every year. SCI hosts their annual convention in Las Vegas, and plans to continue to host it there at least through the year 2020.

Tell the Nevada Department of Tourism and Cultural Affairs that you oppose trophy hunting, and that NO state, private company, or individual should be sponsoring and supporting events that promote this heinous activity!