Ocean water has become so polluted with artificial materials that it is affecting the way marine animals live, and how they feed their young.

Harbor porpoises, in particular, are threatened by elevated levels of Polychlorinated biphenyls (PCBs), harmful chemicals that were produced from the 1920s until their ban in 1979, which persist in the environment today, Newsweek reports. As the chemicals make their way into the bodies of adult porpoises over the course of months or years, they are flushed out over a much shorter timespan through the mothers’ milk. The porpoise calves are on the receiving end of a concentrated dose of these chemicals. 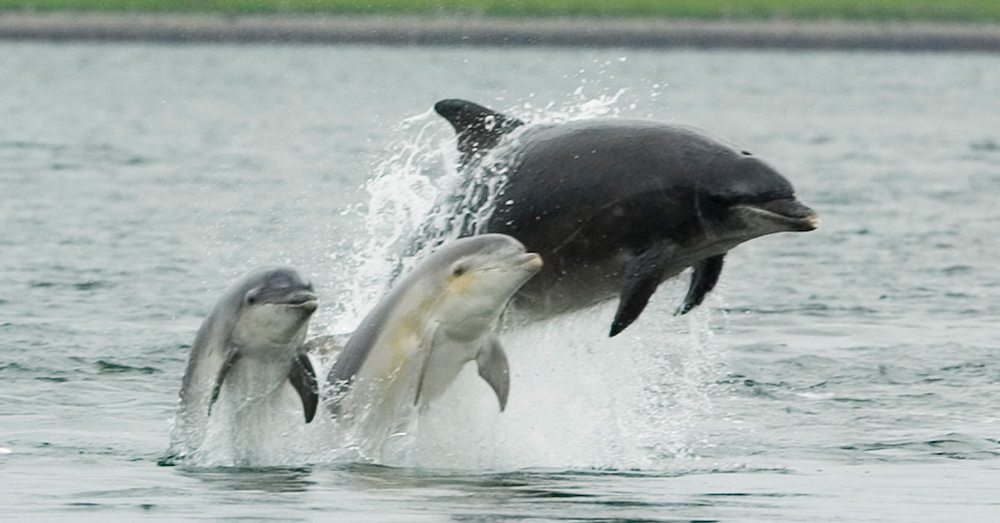 Source: Wikimedia Commons
A bottlenose porpoise with her young.

According to a new study published in Science of the Total Environment, this “pollutant offloading” has been linked to the suppression of the immune and reproductive systems, and could be a main contributor to population declines of oceanic mammals like the bottlenose dolphin, orca, and harbor porpoise, “long-lived mammals that feed at a high trophic level.”

“PCBs appear to be particularly persistent in relation to other legacy toxins,” Rosie Williams, Lead Author and PhD Researcher at ZSL and Brunel University in London, told Newsweek. “Despite being banned [in Europe] the 1980s, they continue to be an ongoing problem.”
“The latest U.N. Environmental Program assessment estimated that 14 million tonnes of PCB contaminated equipment and material still needs to be destroyed.” 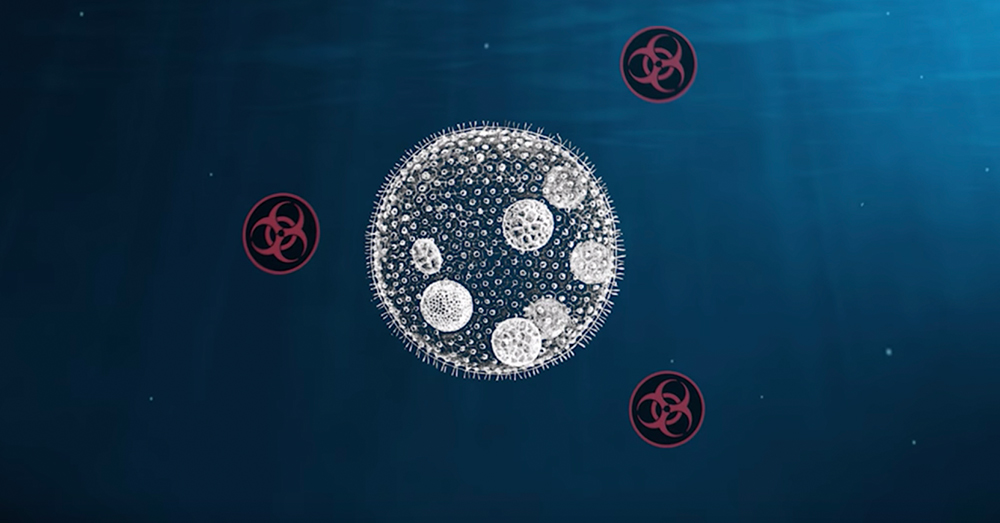 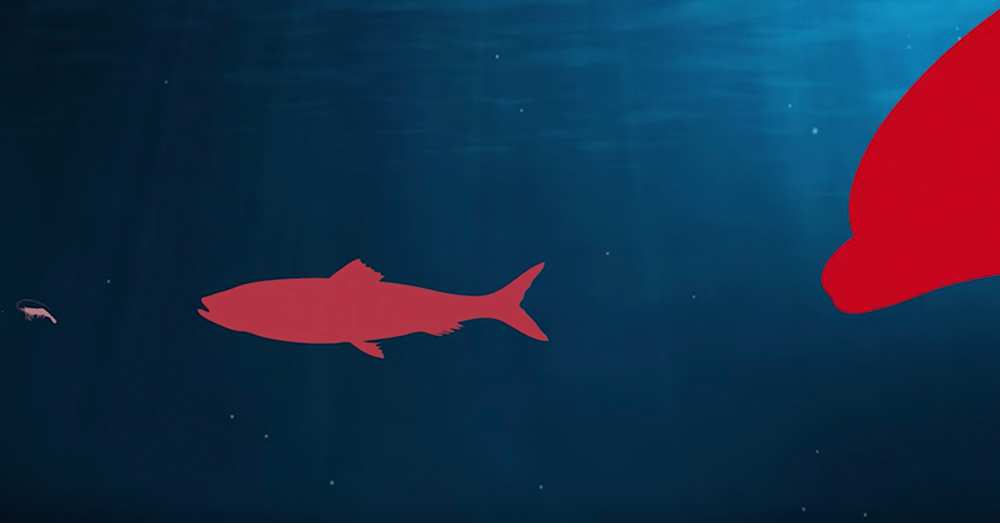 Source: YouTube/Sarasota Dolphin Research
Small creatures eat the polluted microorganisms, and are themselves eaten by larger animals, and so on.

The National Oceanic and Atmospheric Administration (NOAA) maintains that around 1.5 billion pounds of PCBs were produced before the substances were banned before the 1980s, through they continue to enter waterways through terrestrial run off, dredging and atmospheric transport. PCBs were once mass produced on a global scale, and have since entered the food chain through land and marine-based animals. 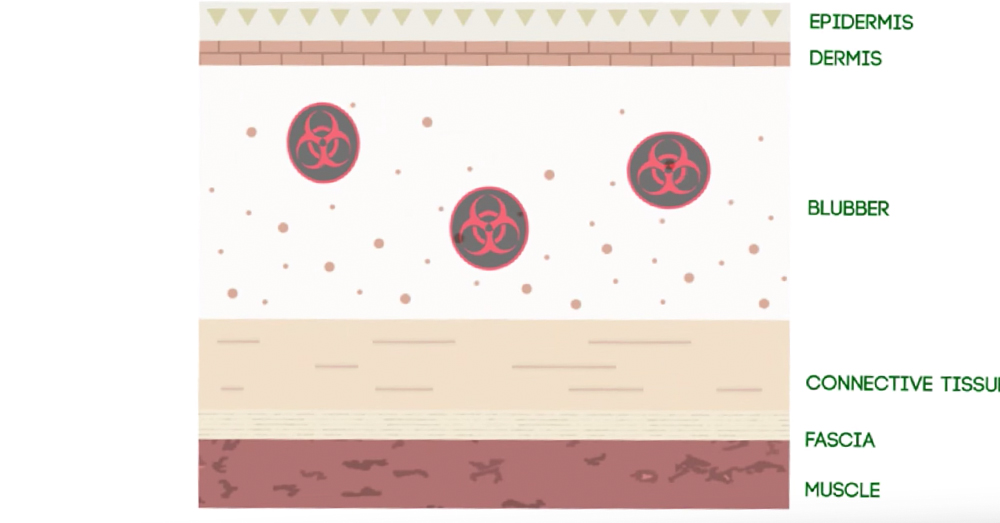 Source: YouTube/Sarasota Dolphin Research
PCBs in the organs and blood stream of marine creatures can lead to harmful side effects.

“It’s a tragic irony that juvenile porpoises are being exposed to a toxic cocktail of chemicals during feeding—when all they’re supposed to be getting are the vital nutrients they need for the crucial developmental stage of their life,” Williams wrote. 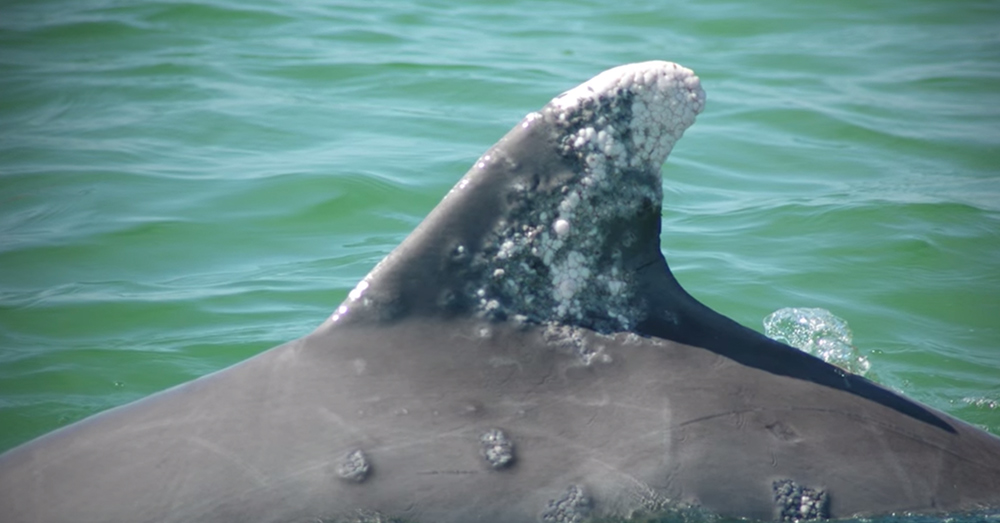 Learn more about PCB pollution in the video below.

Sperm Whale Found Dead With 220 Pounds Of Trash In Its Stomach: Click “Next” below!