Which straw will be the one that breaks the proverbial camel’s back? The final straw that brings on the irreversible destruction of our delicate environment? We may not know until it’s too late.

Plastic drinking straws seem like such a small and harmless item, but they’re not. Plastic straws are almost impossible to recycle, so a straw used for just a few minutes will hang around the planet for another 450 years. Over 500 million are used daily, which equates to about a truckload per minute dumped in our oceans, and by 2050, it’s estimated that there will be more plastic in the oceans than fish. 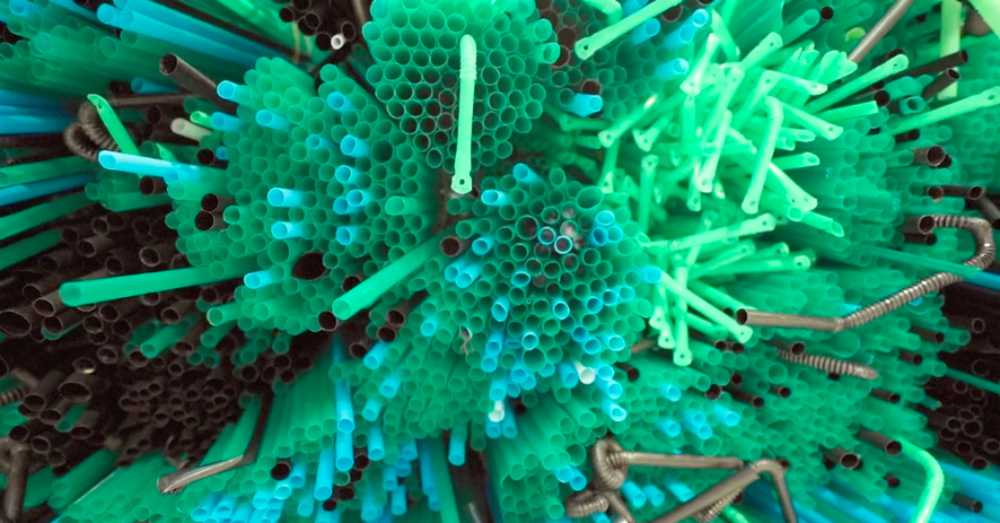 Installation artist Von Wong, with the help of Zero Waste Saigon, sponsored by Starbucks, and hosted by Keppel Land, had this idea in mind when he built his “strawpocalypse” creation, called “Parting of the Plastic Sea.” He’s known for creating huge art installations with social messages that make people think twice about their actions, and this one may be his most incredible work yet. 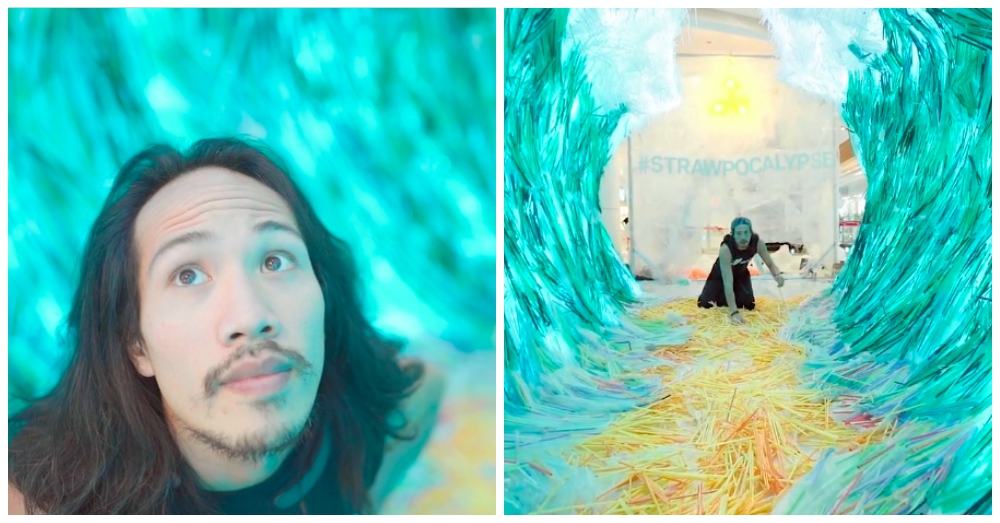 “The plastic problem is either out of sight, out of mind—or so omnipresent that it becomes invisible. I wanted to use art to tackle both angles—by creating something beautiful and unique out of an environmental tragedy,” writes Wong.

For this piece, Wong, specifically inspired by the phrase, “It’s just one straw, said 8 billion people,” gathered dozens of volunteers to help him collect and sort used plastic drinking straws. 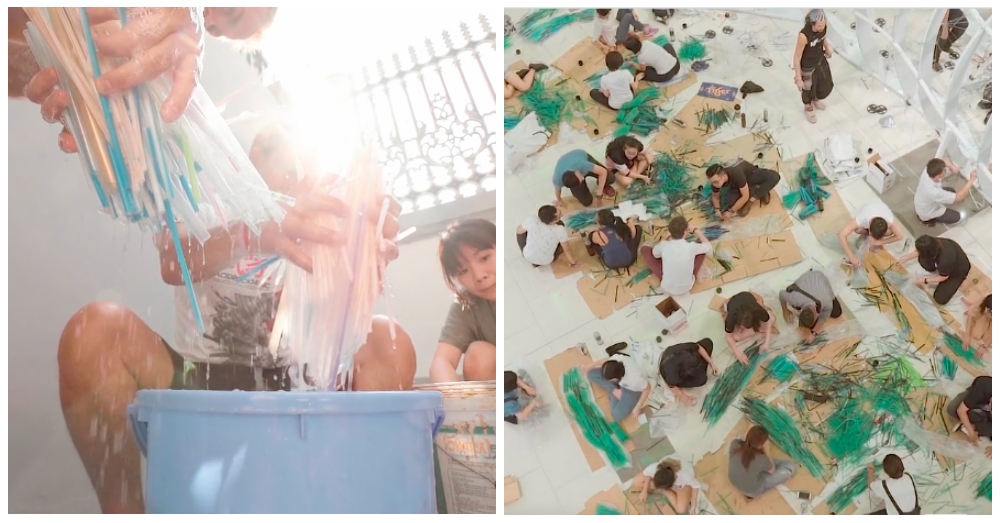 It took the team about 6 months, including two weeks to wash and sort the straws by color, but they finally gathered 168,000 straws and set to work adhering them to a wave-shaped framework to give the illusion of a parting sea.

Green, black, and blue straws were used for the main part of the wave, with white for the foamy top, yellow for the sand underneath, and transparent for filler and transitions. The team also used old plastic bags both to collect and transport the straws and as part of the installation itself, behind the straws, to diffuse the LED light. 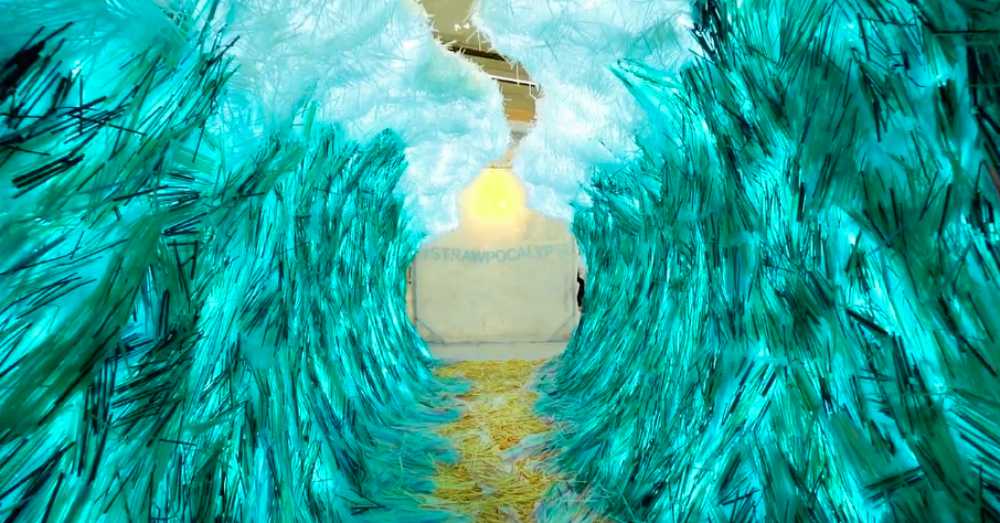 “Although this installation is made from straws, it isn’t just about straws,” says Wong. “It’s about taking a first step towards paying attention to the plastic epidemic threatening the oceans we rely on.”

As if Wong’s creation wasn’t interesting enough on its own, it has been made even more ominous and awe-inspiring with the help of a video team and a spoken word performance by Steve Connell. Check out the video below to be truly inspired to help save the environment.

The creation will remain installed at Estella Place in Ho Chi Minh until March 24, 2019. Wong hopes to find a permanent home for the piece he’s spent so much time on soon so that it can continue to inspire people to use less plastic.

4 Surprising Ways Our Plastic Waste Is Harming Land Animals: Click “Next” below!