Mazin Mukhtar and Parmita Sarma met in 2013 when Mazin came to India from New York to do a school project near the Tata Institute of Social Sciences (TISS) where Parmita was a Masters student studying social work. Both had planned to go into the education sector, and they soon knew they’d be the perfect team to start a free school in India. Parmita helped Mazin get used to the social structure of the area, and together, they worked out their plan for the tuition-free school.

Little did they know then, however, that tuition-free wasn’t really the answer they were looking for. They just needed to charge a different type of tuition. But at first, they were more focused on making school relevant to the children of India, who needed a clear path to careers after finishing their education, not only to help get them out of poverty but also to persuade their parents to send them to school instead of straight to work. 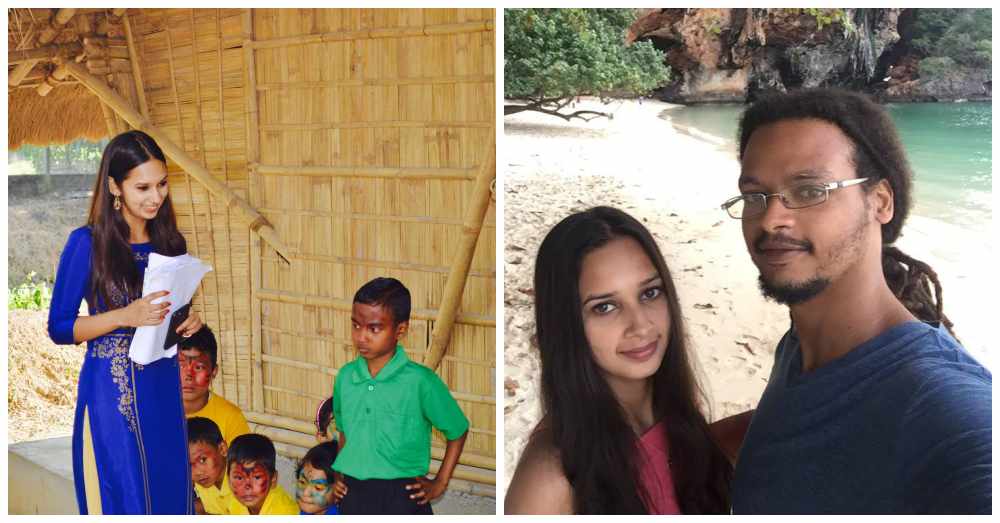 “We realised that education had to be socially, economically and environmentally relevant for these children,” says Mazin. “One of the first challenges was to convince the local villagers to send their kids to school, as most of them would work as labourers in the nearby stone quarries. So among other things, we had to design a curriculum that would fit their needs and build a creative pipeline of employment, post-education.”

Because there was no way for the school to match the 150-200 Indian Rupees that children would be able to earn every day working, Mazin and Parmita instead proposed a different form of “earnings” for their students. Older students would be “employed” to tutor younger ones, and in exchange, they would earn fake currency that they could redeem for items like food, clothing, shoes, and other necessities, as well as toys and candy. 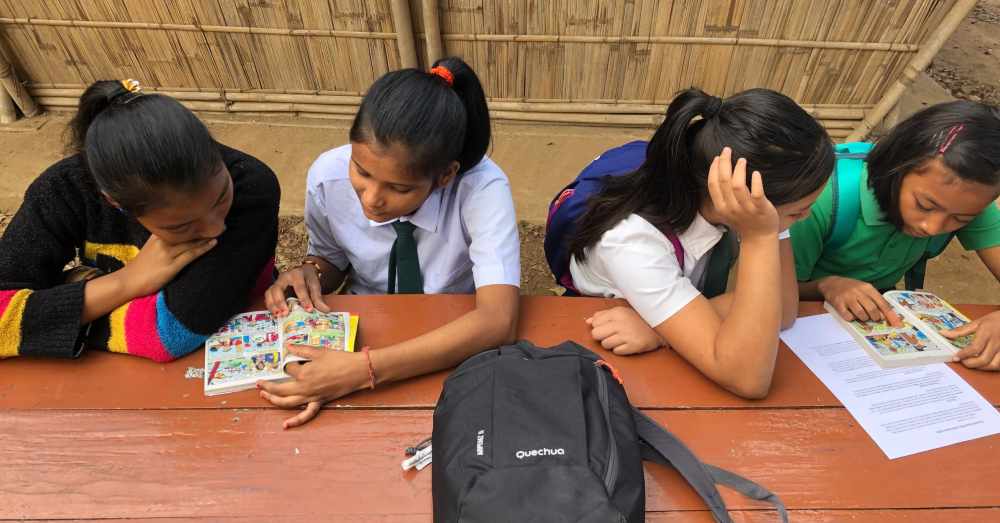 “The toy currency can be used in a nearby shop to buy small things like snacks, toys, chocolates, etc.” says Parmita. “Also, students can come to us with their collection to help them buy things online. We simply exchange it for real currency and buy them things from Amazon that can be bought within that amount.”

This idea meant that the school did not need as many teachers, because students would teach each other. And while poor families would not gain income from their children’s work, they would still reap some benefits through the rewards older children were able to bring home from their tutoring.

Armed with their new idea, Mazin and Parmita returned to Assam, India, where Parmita is from, to start their plans for Akshar School. Their goal was to combine traditional education methods with vocational training practices so that their students could learn in a way that made the most sense in their society and culture. They left age-specific standards behind and instead focused on students’ current knowledge levels and aspirations. They offer a wide variety of classes, such as singing, dancing, solar paneling, embroidery, cosmetology, carpentry, gardening, landscaping, organic farming, electronics, recycling, and more. 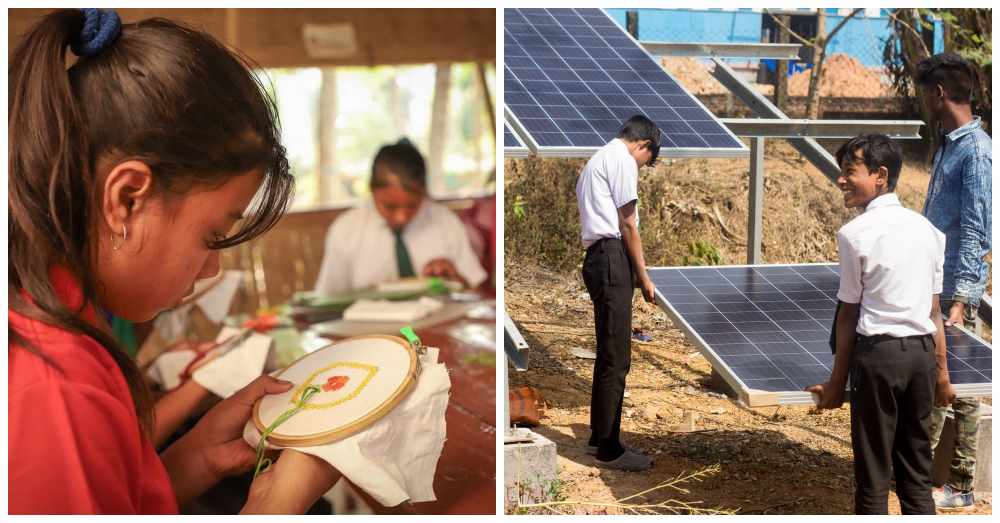 “We are not a typical school, and that’s apparent from the moment you enter. Here, you will find students attending classes sitting in open spaces under bamboo roofs,” says Parmita. “The idea behind this is to break open the conventional ideas of education. And so, instead of age-specific grades or class, we have levels, where students of various age groups study the same thing all at the same time.”

As time wore on, Mazin and Parmita realized there was a way they could do more to help their students, and, oddly enough, it involved charging a type of “school fee” rather than providing completely free education.

“We wanted to start a free school for all, but stumbled upon this idea after we realised a larger social and ecological problem brewing in this area,” Parmita remembers. “I still remember how our classrooms would be filled with toxic fumes every time someone in the nearby areas would burn plastics. Here it was a norm to burn waste plastic to keep warm. We wanted to change that and so started to encourage our students to bring their plastic waste as school fees.”

In poor parts of India, it’s common for families to burn plastic waste, along with anything else they have access to during the colder winter months. But this practice can be highly hazardous to the health of the environment and to those who gather around the dangerous flames. 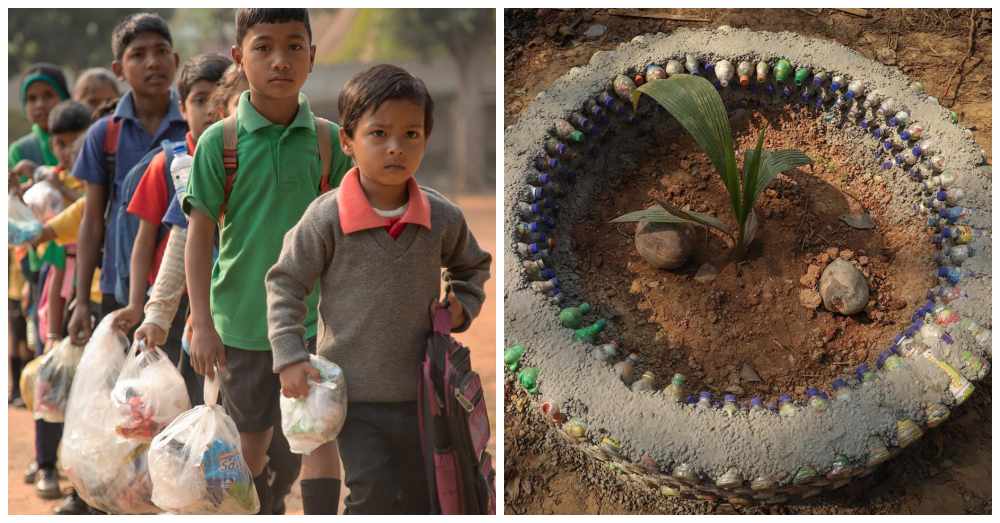 So Akshar quickly became a place where students could learn about the hazards of practices like burning plastic, as well as make real tangible changes in their community. Children collect plastic waste and bring it to school, where they learn how to recycle and reuse the items they’ve found. Many of the objects are even transformed into building materials to create new school buildings and other structures. Senior students head up the building projects. 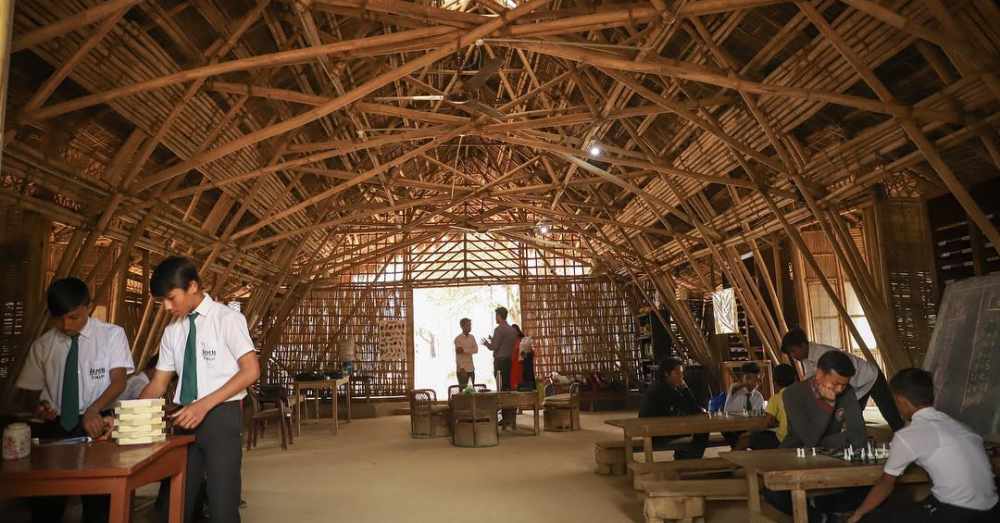 “We are already receiving a good response, as many families participating in the recycling drive have agreed to put up signs in front of their homes and shops to spread awareness,” says Parmita.

The Akshar School started with only 20 pupils, but it now holds over 100 students between the ages of four and 15. Each child brings 25 pieces of plastic waste to school every week as their school fee to help clean up the environment.

Mazin and Parmita were married in 2018. They hope to continue using their innovative education model and open 100 new schools in the next five years. 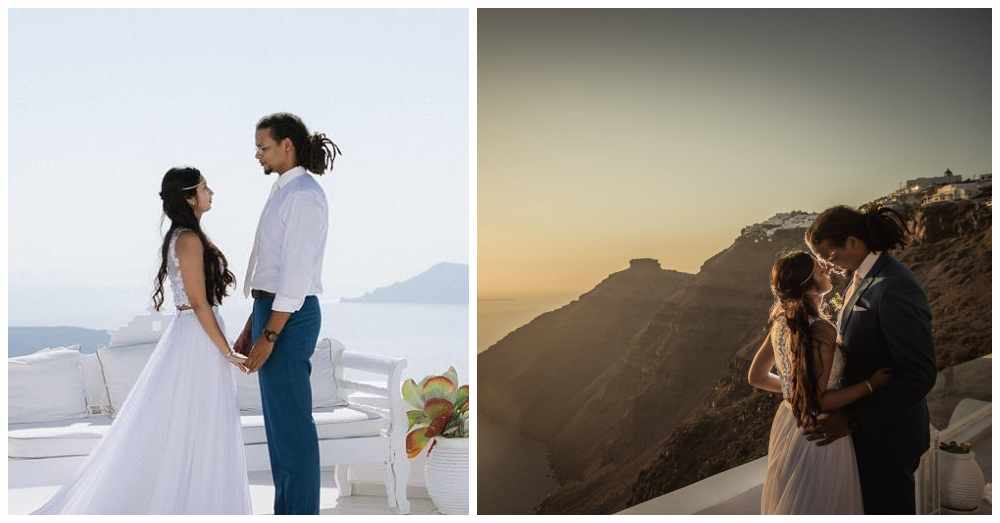 We hope this amazing idea can spread to nations across the globe and help millions of people get out of poverty and improve the world we live in! Thank you, Mazin and Parmita, for your fantastic work!

This Teenager’s Speech On Climate Change Will Bring You To Tears, And May Change The World: Click “Next” below!