It’s not every day that you get to go on an adventure that rivals those which we read in stories. But one little guinea pig named Snowball ended up going on the adventure of his life, just like a real-life hero.

Snowball’s epic quest started when he escaped from West Price Hill, a neighborhood in Cincinnati, Ohio. From there, he went on to get himself stuck inside a sewer pipe.

Thankfully, the little guinea pig was alright – but desperately in need of a bath. 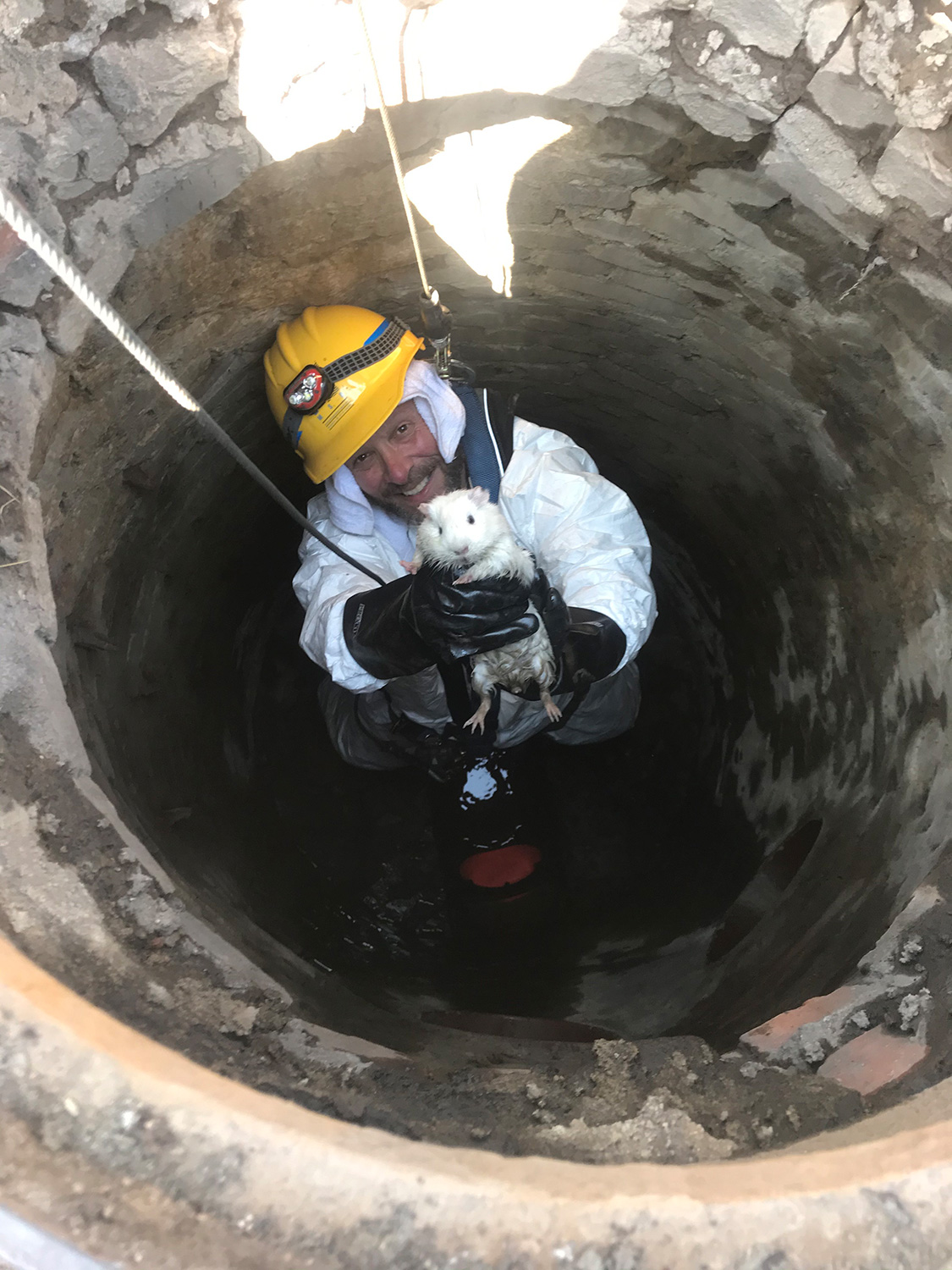 After Greene and Gray rescued the guinea pig, Snowball’s family were contacted in order to tell them that their pet had been found in the sewer. As reported by the Cincinnati Enquirer, little Snowball was quite scared and shaken up by his ordeal.

A spokesperson for the Metropolitan Sewer District, Deb Leonard, recounted the rescue operation to the media outlet, explaining that it was Gray who lowered Greene down into the sewer. From there, Greene managed to free the little rodent.

Included in their post, MSD provided a video of the entire rescue mission. Check it out for yourself:

It was added that Snowball was quite lucky to have been rescued when he was – if there had been any rain, his adventure could’ve easily turned deadly as it would’ve meant he got washed away into the sewer system. Hopefully, Snowball will leave the adventuring to someone else.