Currently, there are only around 7,000 cheetahs left in the wild. The fastest animal on land has long since been a species in danger of becoming horribly low in population numbers, and it keeps getting worse. Many say the decline is due to habitat loss and livestock depredation, but in reality people taking cheetahs on as pets is having an incredible impact on the animal’s populace.

All over the internet people are posing with cheetahs, forcing them to pose in front of expensive cars, riding on massive yachts, all in order to show wealth and status. This phenomena has run rampant in Middle Eastern countries where many young, rich Arabs show off on social media to flaunt their vast amounts of money.

But this is not the first time in history where cheetahs were domesticated. Even in ancient times rulers were fond of the animal and the status symbol it brought. But since the range of these animals has long since been reduced by close to 90%, the impact today is much larger than previous centuries. 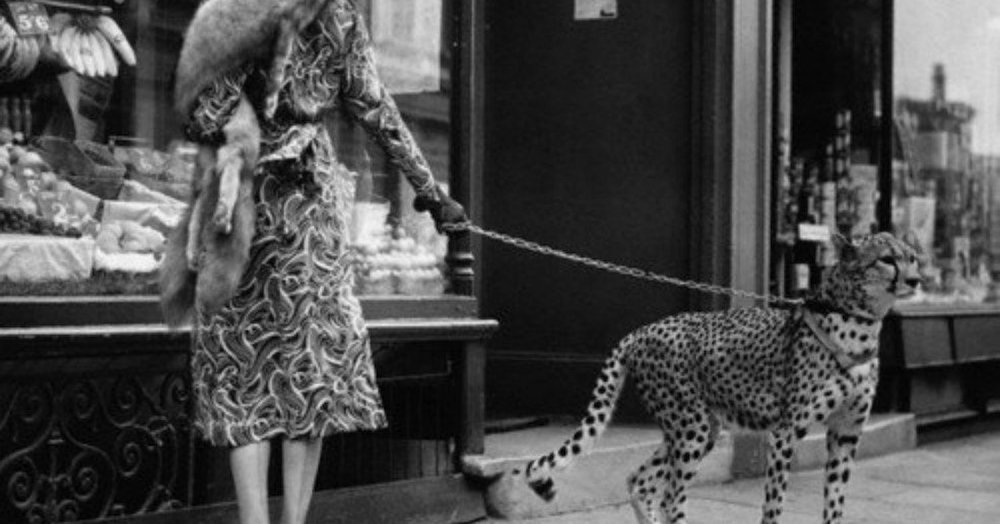 With cheetah populations already in so much danger due their natural habitats disappearing, taking more of them away from their environment in an attempt at domestication has become a large factor in population decline, especially in the northern horn of Africa.

Illegal traffickers are utilizing the proximity of Ethiopia and taking as many cheetah pups as they can across the red sea to Yemen, before sending them off to the many Arab countries surrounding the area like the United Arab Emirates.

Since 2005, Patricia Tricorache of the Cheetah Conservation Fund in Namibia, has witnessed 250 different cases that involved 1,000 illegally traded cheetahs.

“The numbers seem to be mind-blowing,” Tricorache said to National Geographic.

Because of the large impact on population decline due to illegal trading of cheetahs, the Convention on International Trade in Endangered Species of Wild Fauna and Flora (CITES) was forced to convene in an attempt to find solutions to curbing the issue. The 181-nation group called out nations who were having significant issues with illegal trade, and made several suggestions as to how the issue might best be fought.

Social media has become a large factor in both the promotion of cheetahs as pets, in addition to utilizing different platforms for finding illegal traders/buyers. CITES called for countries to engage with “relevant social media platforms, search engines, and e-commerce platforms to address illegal international trade in cheetah through these platforms, and raise awareness of the conservation plight of cheetahs.”

The group has also told offending countries to make strong enforcements of wildlife protection legislations, while raising awareness of the issue at hand.

For many countries, simply being called out by CITES in a group setting is embarrassing enough to want to make changes and help put a stop to the illegal cheetah trade. But the process for countries to actually start making significant changes still remains quite slow.

According to Tricorache, many of the Arab countries are “reluctant to admit a problem.” Whether it is because those countries still retain the desire for the status symbol that exoctic pets provide, or they simply do not care about the problem, it is unknown. But one thing still remains certain: there is a large scale illegal trade of cheetahs which needs to be stopped for the sake of the population.