When a hurricane hits, most animals left behind have little chance of survival. The sad fact is, tropical storms often force millions of people to evacuate their homes, many of them leaving without their pets, or expectations of ever seeing them again.

Such an exodus places a massive strain on shelter resources. They get many more animals coming in, and that means others need to be adopted out or euthanized to make room. And, when everyone has left town, adoptions are few and far between.

Some tough decisions have to be made.

If you ever evacuate because of a hurricane or other disaster, take your pet with you. Unfortunately, not all evacuation shelters accept pets. Make a plan and practice it with them. This will make it easier if you ever have to make a run for it together. #NatlPrep #Florence pic.twitter.com/J9SxH0AaCB

In most cases, euthanasia is the last thing shelters are willing to do to make room for more animals, but when kennels are filling up quickly, they may be left with no other choice.

“We are avoiding euthanasia at all costs,” Jewel Horton, manager of Pender County Animal Shelter, told The Washington Post. “That’s why we’re begging for assistance.” 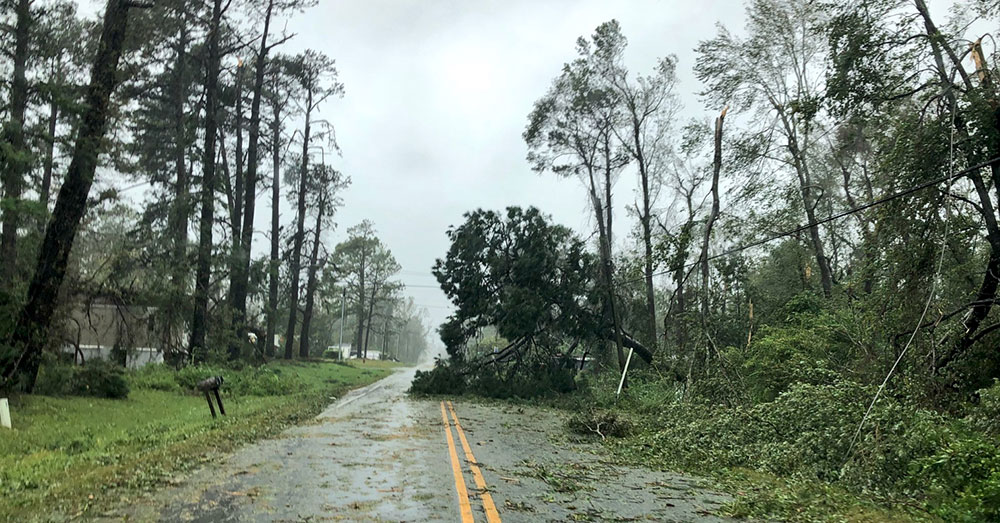 Pender County is located just north of Wilmington, North Carolina, one of the hardest hit regions in Hurricane Florence’s path, and the site of the first confirmed death in the storm. Organizations like the Pender County Humane Society are trying their hardest to rescue as many animals as they can without having to euthanize those they’ve already been caring for.

“For us, animals are more important than things,” said Julie Lamacchia, president of the Burgaw, N.C.-based Humane Society. “Things can be replaced — anything can be replaced — but you can never replace a life, whether it’s a person or an animal.” 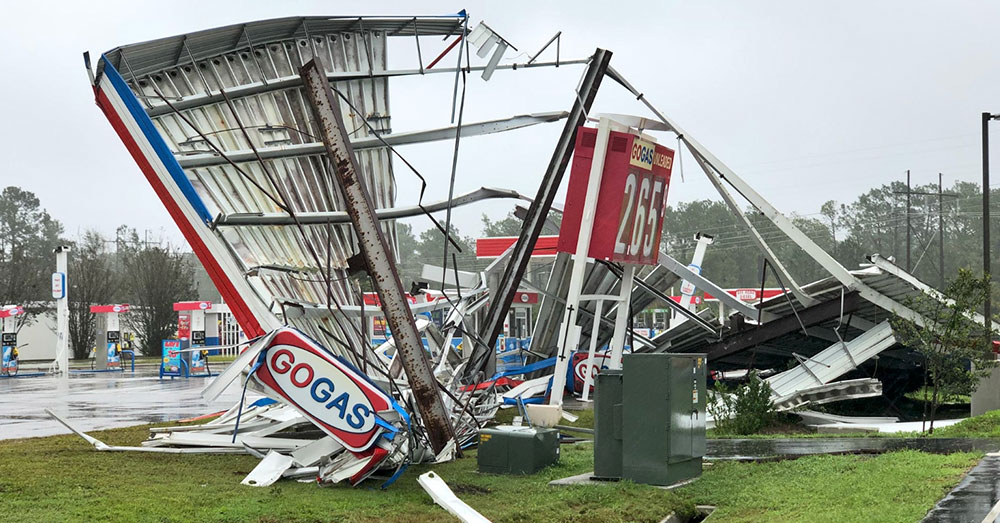 So far, the Pender County Humane Society has saved at least 50 animals from euthanasia by relocating them to shelters and foster homes inland. Still, the PCHS is running out of funds, and many more animals are expected to come in the following days.

By law, PCAS has to take in every animal that’s brought to the facility. Adding difficulty to the situation, the hurricane has forced much of the shelter’s help to head for drier land.

“People are fleeing this state like no tomorrow,” Horton said. “There’s just not people here to take these animals on.” 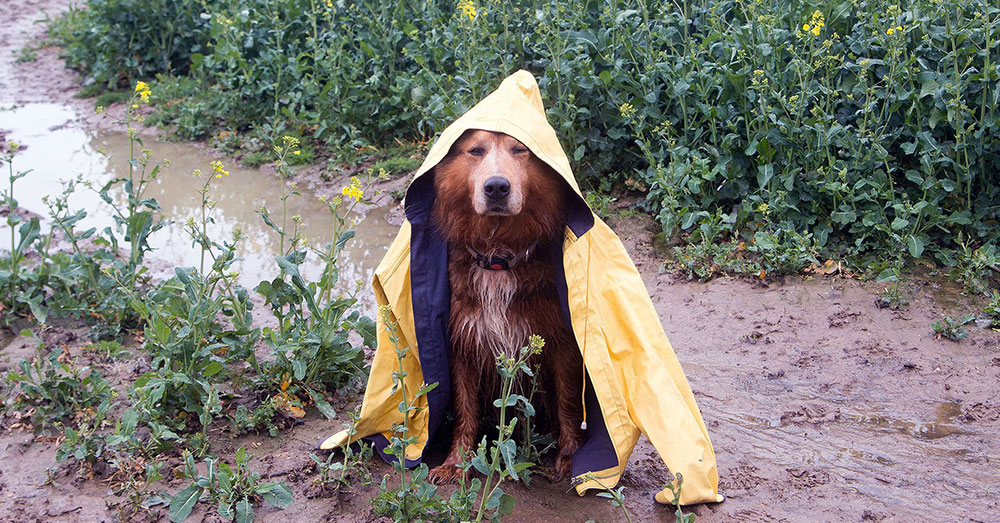 Source: Twitter/FDAanimalhealth
Never leave your pet behind in a storm.

It’s never a good idea to leave animals behind when evacuating a tropical storm area, and it’s also ill-advised to re-enter the area until authorities have deemed it safe, even if just looking to help. That means shelters will have a lot to handle, and fewer hands to handle it with, until the storm passes.

A poll conducted by the ASPCA found that about 44 percent of those who stayed behind while Hurricane Katrina drenched Louisiana in 2006, simply didn’t want to abandon their animals. Even so, at least 100,000 animals were abandoned during the disaster, and more than two-thirds of those animals died.

“We can’t stress enough how important it is to incorporate pets into evacuation plans to keep families together and pets safe,” wrote Dick Green, head of the ASPCA’s disaster response unit. 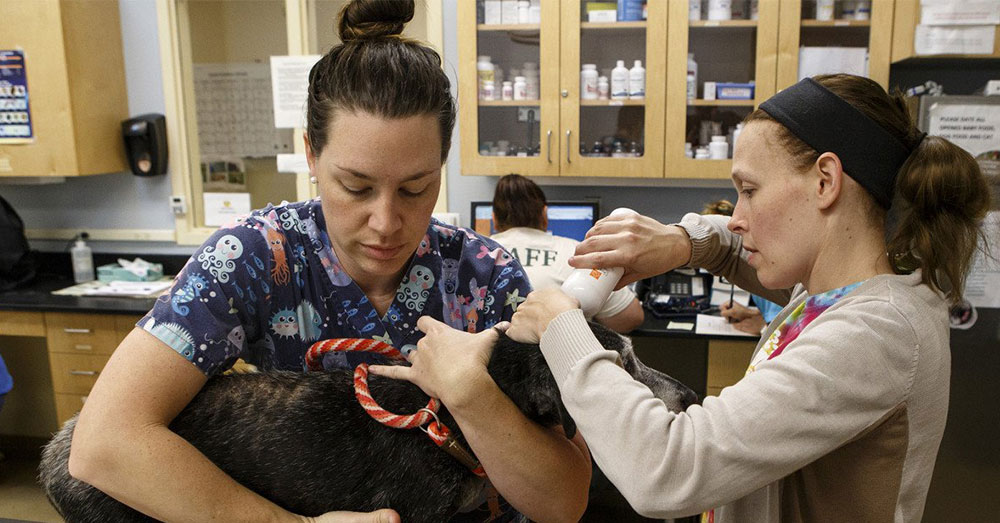 Source: Twitter/nypost
Shelters are running out of staff to help them during the hurricane.

“It’s imperative that animal shelters take proactive, necessary measures, and collaborate with other agencies if necessary to keep the animals in their care safe during emergency situations,” he wrote in a follow-up warning on Tuesday, Sept. 11, two days ahead of Hurricane Florence’s landing.

There is a lot of work to be done, and at least one way you can help. Click the button below to make a difference, and save the people and pets in Florence’s path!

A state of emergency has been declared in multiple states and animal shelters are working feverishly to prepare for increased intake of displaced and injured animals in the wake of Hurricane Florence.
GreaterGood.org is currently sending desperately needed food, medical supplies, and cash to help those on the ground prepare, and to transport animals out of harm’s way. Your ongoing support makes it possible.
Make a difference