Imagine your reaction if you were presented with a backpack by some kids, with goods for sale, and those “goods” turned out to be a baby chimp!

Well, this actually happened to a group of teachers visiting the remote villages of Cameroon two years ago. Baby Paula was, thankfully, bought by the teachers, then brought to a sanctuary called Ape Action Africa‘s Mefou Primate Sanctuary.

Paula needed around the clock care that the aid workers were happy to provide. As she gained strength, she also gained a family. 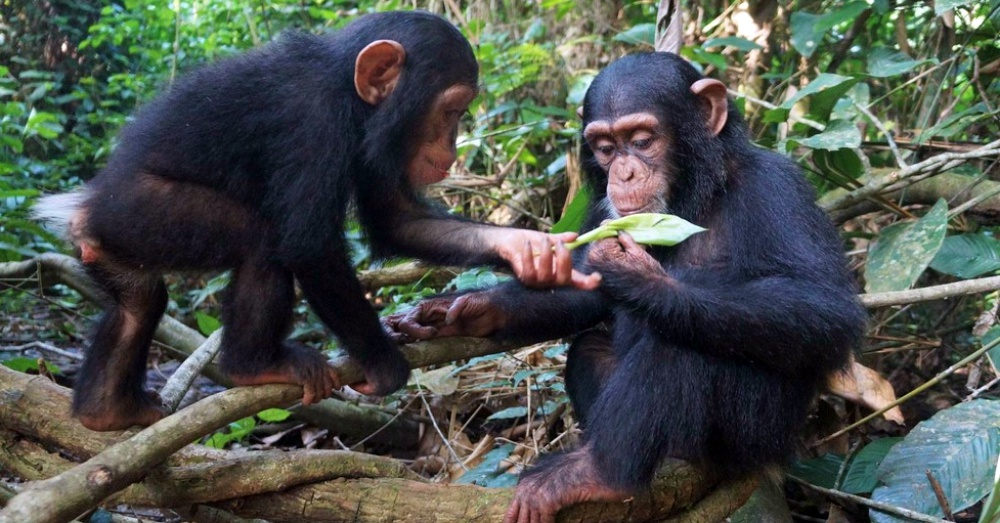 Paula met two other baby chimps, Larry and Daphne. Larry was rejected by his mother and became an orphan. Daphne’s story was a bit darker. She was found among ape body parts when traffickers were arrested. The tiny tot, at only four months old, desperately needed a second chance. And now she had one, and two new best friends.

The trio has formed a formed a beautiful, blended family. They climb trees together, groom one another and play! 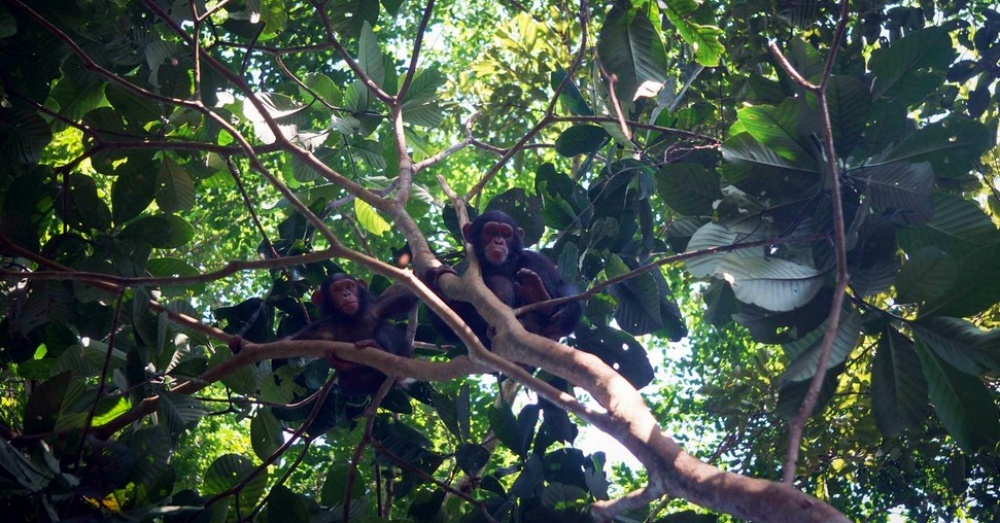 A sad start at life is turning out to be the life a baby chimp could only wish for! 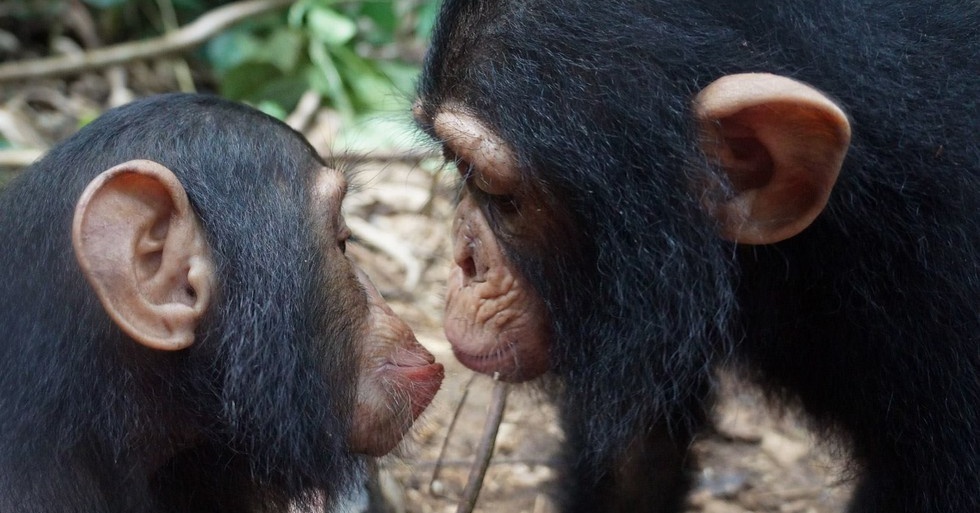 Watch as the three finally meet, after so much heartache. Their interaction is simply perfect!

Julie resides in Northern New Jersey with her two kids, two dogs, cat and partner. She has two published books which make excellent trivets if you aren't a fan of poetry. She tolerates people but LOVES animals. If she isn't blogging, she's most likely cuddling with her pups, Paisley and Skyler.
Proper greatergood_ctg_belowcontent