It’s no secret that cheetahs are fast. In fact, they’re the fastest animals in the world. For perspective, scientists have recorded cheetahs reaching 65 miles per hour in a mere 3 seconds. It takes a Ferrari almost an entire second longer to accelerate to that speed. 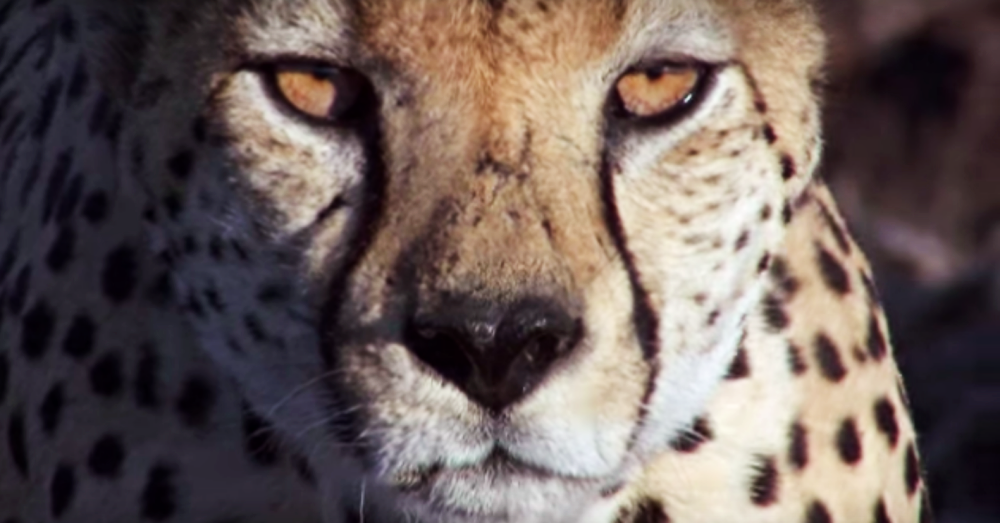 As is the fact that their bodies have adapted to make them as fast as they are. Their long legs and spine, the way their tails offer balance, and the grip provided by their claws have all adapted to improve their ability to sprint, turning them into speed machines!

Cheetahs are carnivorous and typically eat rabbits, birds, warthogs, and gazelles. Their speed is critical to their success in hunting.

They also rely upon their keen eyesight. Cheetahs don’t usually attack their prey from long distances. Instead, they choose to spot a potential meal from afar and stealthily move closer until they’re within a comfortable striking distance. 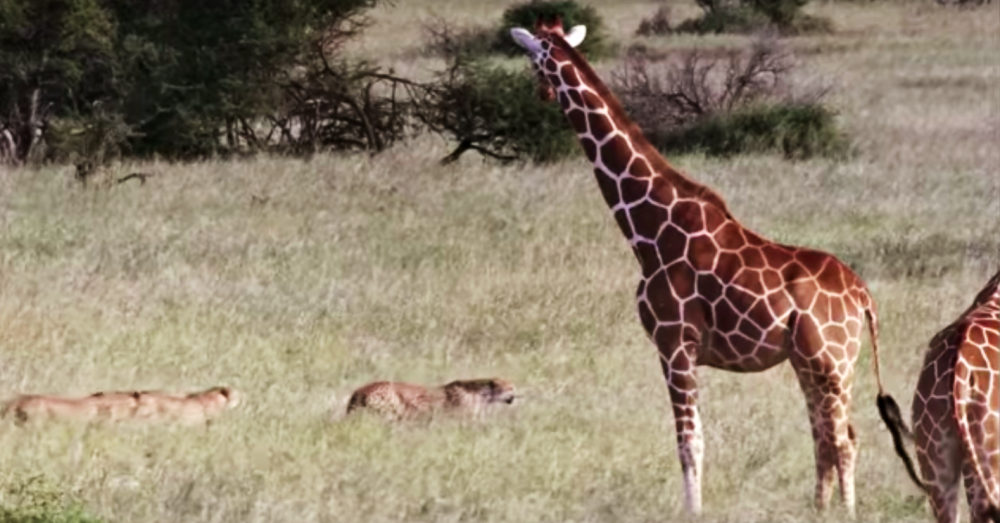 Why? Because while speed is on their side, endurance is not, so attacks are more successful when they don’t have a lot of distance to cover.

Additionally, they usually put the advantage in their favor by going after animals smaller than they are. 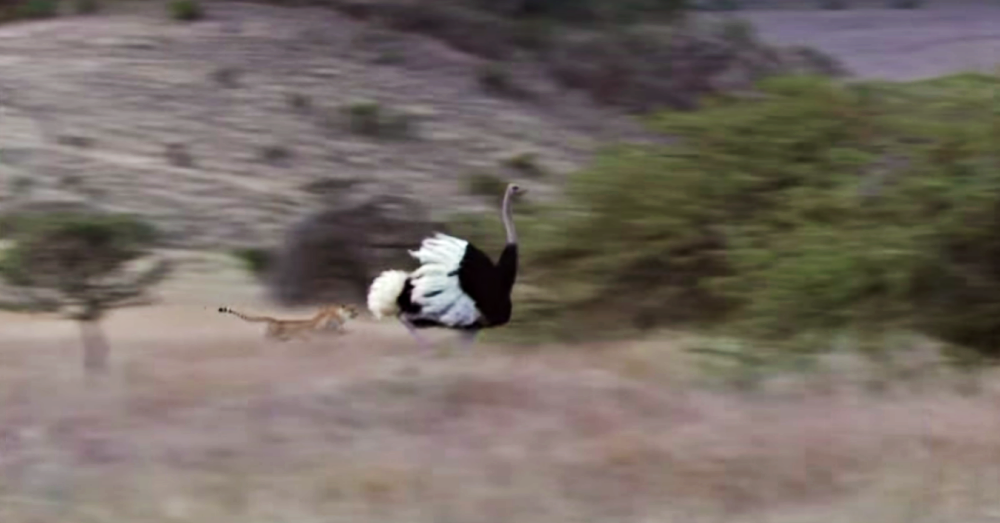 However, the cheetah in the video below is one smart cookie. Instead of planning a solo attack, he figured out that he could increase the reward if he teamed up with a couple friends.

While ostriches would typically have the upper hand due to their size, the lethal power of their kick, and their own impressive speed (they can run up to 43 miles per hour), being outnumbered, their odds aren’t looking very good.

Take a look at this incredible footage!