A crowd of hopeful whale watchers on holiday in St. Vincent did all they could to avoid the horrific sight of an orca being harpooned on April 3.

The group of tourists aboard a Thompson Cruise ship had spotted a pod of orcas off the coast of the Caribbean island of St. Vincent and the Grenadines when a fishing boat with a harpoon fixed to the front began to hasten its approach.

According to National Geographic, Ken Isaacs, one of the tour boat’s crew, attempted unsuccessfully to turn the fishermen away by shouting at them. 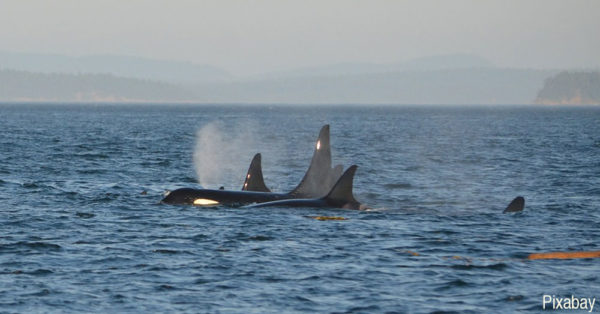 Orcas breach the surface for air.

Once the vessel neared the pod of orcas, the whale-watching expedition turned into a nightmare. Following an explosion from the stern of the boat, an orca was harpooned and killed in full view of the tourists.

Before long, a second was killed too.

A distraught Isaacs told Caribbean360 that many aboard the cruise were shaken and crying as their tour returned to Kingstown.

He has asked the parliament of St. Vincent and the Grenadines to ban whaling, which has been protected as a traditional practice of indigenous people by the International Whaling Commission. Isaacs doesn’t believe the tradition is any longer kept for subsistence, only for financial gain.

Fantasea Tours, the company that facilitated the outing, has since cancelled its whale-watching expeditions. The same attitude has spread to the rest of the island, and in the capital of Kingstown, St. Vincent Prime Minister Ralph Gonsalves has redoubled efforts to ban whaling in the country.

“What he did, I want to emphasise this, what he did was plain wrong. Not just because it happened in front of tourists, but [because] he must not kill the orcas,” Gonsalves told the people of St. Vincent in a radio interview. 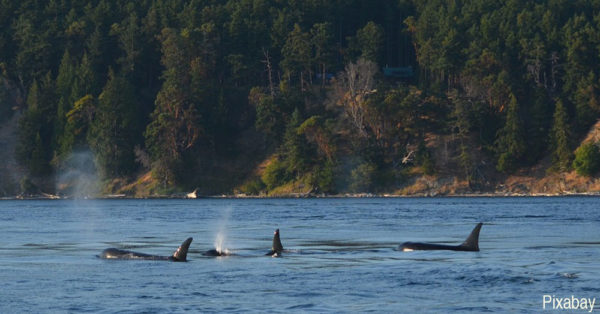 A pod of orcas.

“What will happen is that legislation will be brought to stop that killing,” Gonsalves said. “It will be made an offense in the same way we have done with turtles.”

According to Wayne Pacelle, president and chief executive of the Humane Society of the United States, Gonsalves’s efforts may not face much opposition, as the whaling industry has been steadily losing support in the country.

“It’s pursued by a small number of people in the Caribbean nation and is essentially a commercial hunting operation masquerading as subsistence,” he wrote on April 5, calling for a ban on tourism to the island until the practice of hunting orcas is completely outlawed.

As St. Vincent awaits a parliamentary decision on whaling, orcas near the United States are in need of help as well. Current federal law allows vessels in Puget Sound to discharge partially treated sewage within three miles of shore and untreated sewage if they are beyond three miles from shore. This unmitigated dumping of human waste into the Sound is decimating orca habitat and poisoning the waters, making beaches unclean and shellfish unsafe for human consumption. Click the button below to demand action from the Environmental Protection Agency in this matter!