Just one year after a wildfire ravaged a rainforest in West Borneo, leaving orangutans Mata and Mynah homeless, rescuers reintroduced the lucky survivors back into the wild. Their April 2016 release into a national park was part of a large-scale orangutan reintroduction program that hopes to boost the population of these majestic great apes. Indonesia’s International Animal Rescue cared for the two orangutans at their facility since finding them in the aftermath of the December 2015 fire, nursing them back to health while searching for the best release site. They found it in Bukit Baka Bukit Raya National Park, which hosted an area with a low population of both local communities and other orangutans who might cause conflict. After driving the animals 52 hours to the release site, rescue workers opened the cages and watched as Mata and Myah scurried up a tree and began foraging. 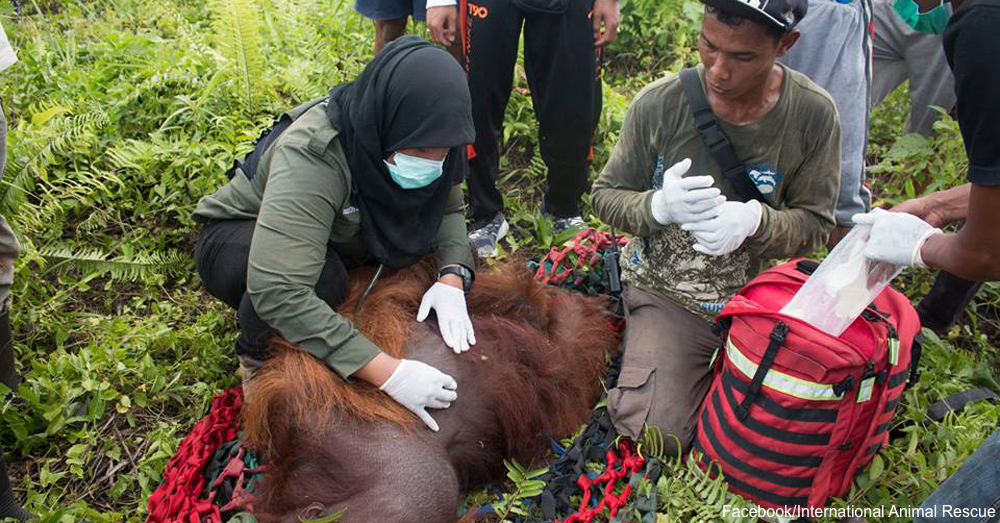 Workers found Mynah, an adult female orangutan, on a farm outside of a village. Mata, an adult male, was dragging himself through the sooty soil of an oil plantation when rescuers found him. Seeing that he was struggling to find food and shelter, the rescuers tranquilized him and brought him to their facility. 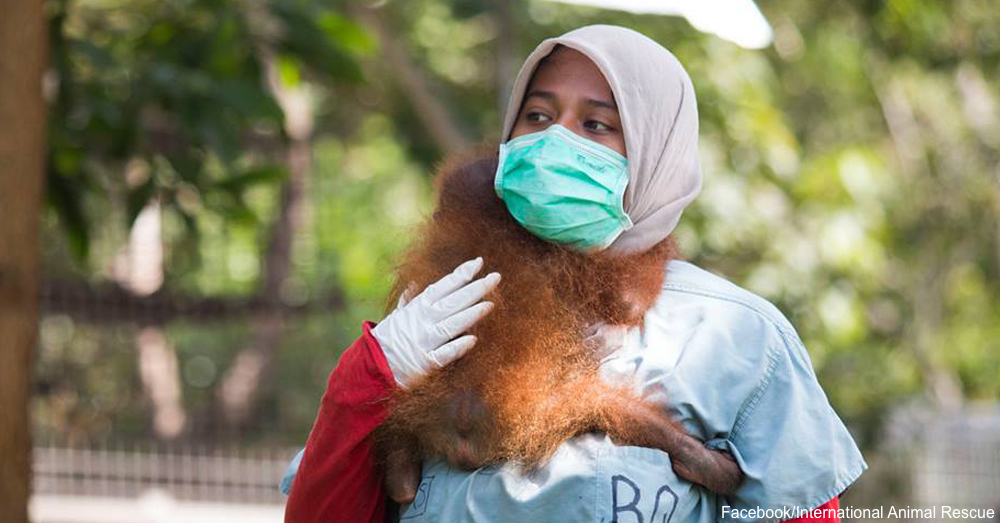 Mata and Mynah were just two of nearly 50 orangutans IAR workers rescued following the 2015 fire, and their release marks the beginning of a long-term initiative to reintroduce the rest of the recovered apes into the park. The team can then monitor the orangutans as they work to help the population recover in the protected habitat. The IAR is also working to raise funds for orangutan care and prepare for the devastation of future fires.The IAR of Indonesia is just one amazing organization working to protect orangutans, whose habitat is being destroyed for palm oil plantations. Help save an orangutan and preserve his habitat with a gift that gives more.