It doesn’t matter how much you study animals in the world around you, there is always something that is going to take you by surprise. Perhaps that is how you will feel after seeing what happened in Borneo between an orangutan and a man.

Anil Prabhakar is an amateur photographer who was on hand to capture the moment in a picture. It happened when one of the endangered orangutans reached out to offer his hand to a man who was in snake-infested water.

The event took place during the safari operated by the Borneo Orangutan Survival Foundation (BOS). Prabhakar just happened to be on hand to take the picture.

He told CNN, “There was a report of snakes in that area, so the warden came over and he’s clearing snakes.”

It appeared as if the ape was helping the warden, who was standing in the middle of a flowing, murky river.

“I saw an orangutan come very close to him and just offer him his hand.”

According to Prabhakar, the guard was having difficulty moving in the water. It was almost as if the orangutan was there to lend a hand.

“I really wasn’t able to click,” he said to CNN. “I never expected something like that. I just grabbed that moment. It was really emotional.”

Borneo’s orangutans are losing ground due to habitat loss, hunting, and forest fires. The snakes are their predators.

“You could say snakes are their biggest enemy,” said Prabhakar, a geologist from Kerala in India.

The guard did not take the orangutan up on his offer but moved to a different area and got out of the water. Prabhakar was asked why the guard moved away and he said, “they’re completely wild, we don’t know how they’ll react.” 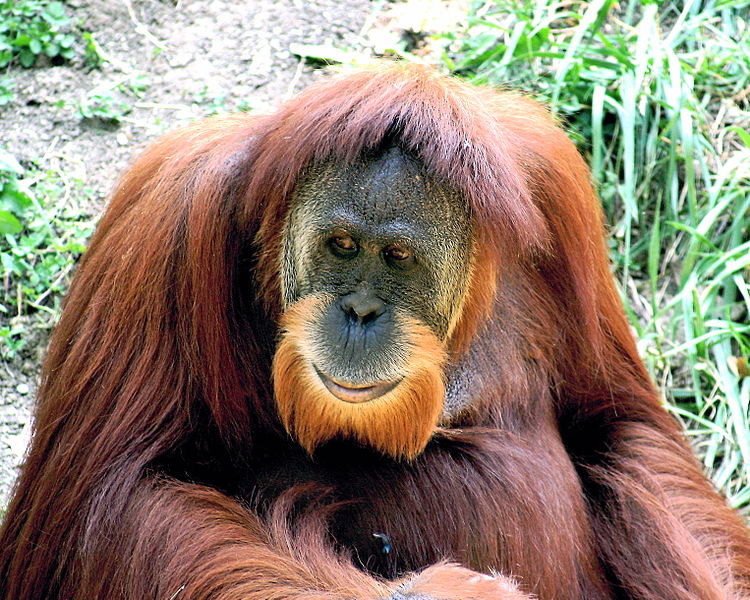 According to Prabhakar, the encounter only lasted as long as four minutes. “I’m so happy that moment happened to me,” he said.

The picture was uploaded to Instagram and liked over 15,000 times.

The orangutan is the only great ape found in Asia, primarily in Sumatra and Borneo. Some 10% of those great apes can also be found in Sabah and Sarawak, in Malaysia, according to the BOS Foundation.

According to estimates, there has been an 80% decrease in the population of orangutans within the past three generations.

When they are injured, they are brought to the conservatory forest. They may also be rescued to that area if their habitat is in danger or if they are at risk from hunters. The apes are then returned to the wild after rehabilitation.

According to BOS, orangutans also reproduce slowly, with a typical female giving birth once every 6-8 years in the wild.