Bill Nye has message for those still in denial over our planet’s lingering doom. It’s not the kind of speech you would give you kids. Then again, those who ignore it, may not be leaving their children a world to live in at all.

“Science Guy” Nye came out of his tamed for television shell on John Oliver’s talk show, “Last Week Tonight,” with some incendiary words, and an even more inflamed demonstration. But he began his segment with an overview of the Green New Deal.

This proposal, introduced to the House by Rep. Alexandria Ocasio-Cortez, contains a number of policies that concern environmental stewardship and employment. 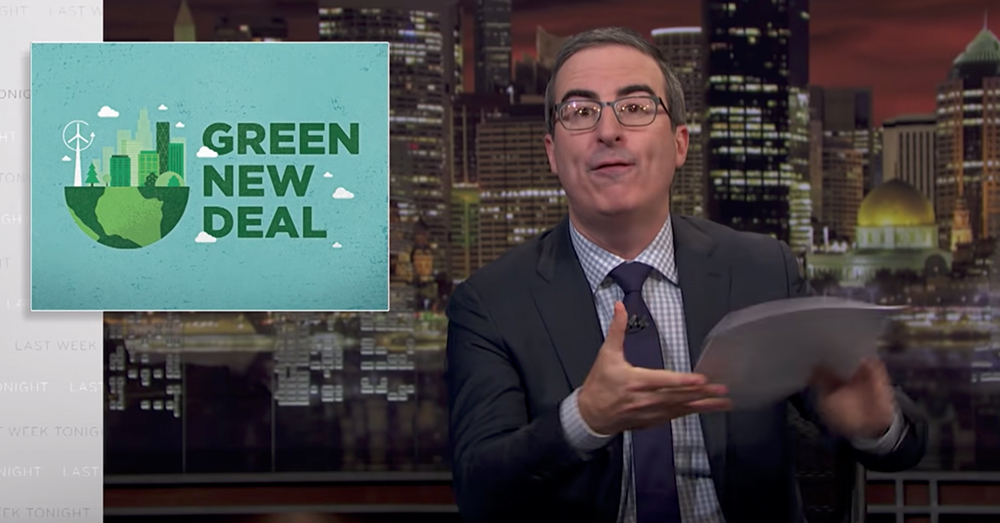 “To its eternal credit, the Green New Deal has succeeded in getting people talking, but that won’t mean anything unless that talk turns into action,” Oliver said, introducing his guest. “We’re going to need a lot of different policies working tandem, and we have to take action right now. But you don’t have to just take that from me. Instead, I’m happy to say Bill Nye has actually agreed to drive the urgency home at this point by actually doing one of his enjoyable, lighthearted demonstrations.”

Oliver then handed the spotlight over to Nye, who quickly got to the point.

“By the end of this century, if temperatures keep rising, the average temperature on earth could go up another 4 to 8 degrees,” Nye said. “What I’m saying is, the planet’s on f****ing fire.” 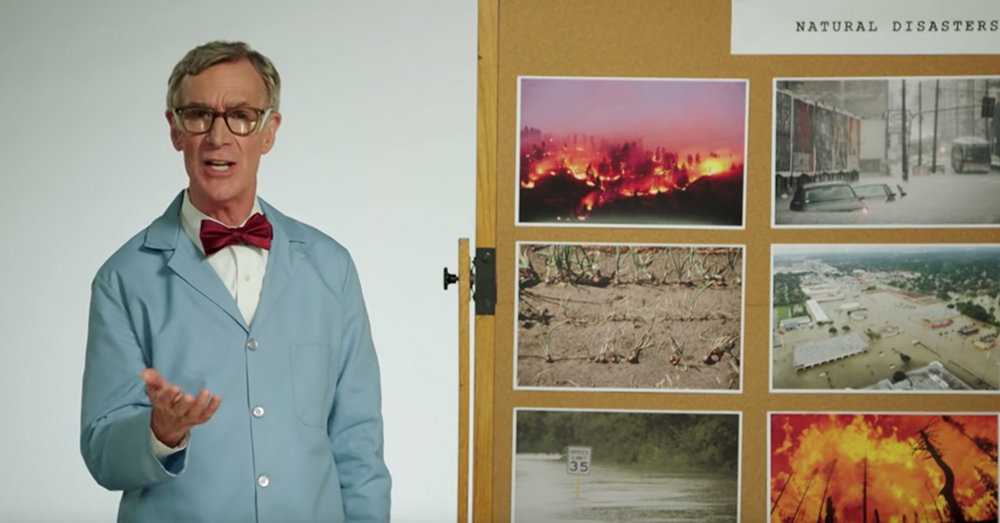 Armed with a blowtorch, Nye then set fire to a small globe.

“There are several options to put out the proverbial fire on Earth,” he said. “Are any of them free? No, of course not, you idiots. Grow the f*** up. You’re adults now.”

The flaming globe illustrated Nye’s point where words might fail but, as Nye told viewers, it’s disheartening that he’s had to resort to props to get the message across.

“I didn’t mind explaining photosynthesis to you when you were 12, but you’re adults now. This is an actual crisis, got it?” 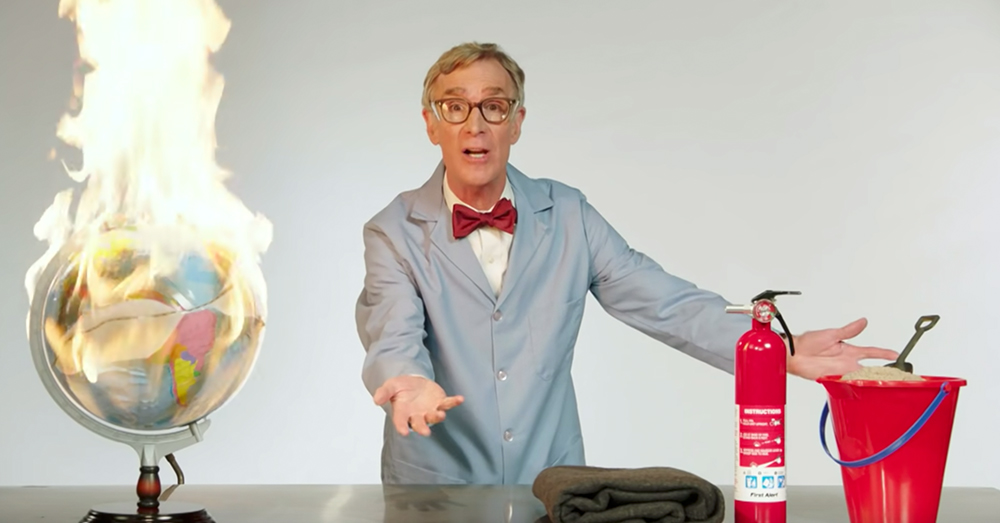 Source: YouTube/LastWeekTonight
Nye set a globe on fire to demonstrate the urgency of this crisis.

Oliver redoubled his stance on the imperative that humans approach climate change with effort, and support the Green New Deal, rather than just discuss it. He also notes, while many in the audience may have grown up learning about science and the environment from Nye, it’s time they put that knowledge into action.

Watch the enlightening, inflammable, and expletive-laden interview in the video below.

It’s Time To Panic About This Massive Environmental Report From The U.N.: Click “Next” below!